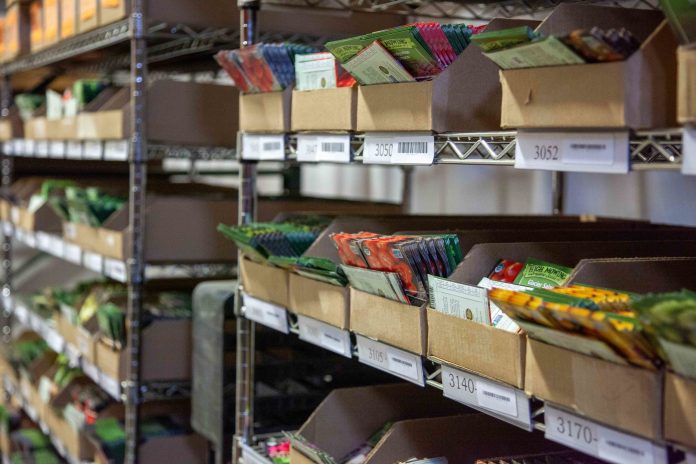 As our nation struggled to deal with the Coronavirus, the lockdown orders that spread throughout the country vary widely.

Many states tend to be pushing for centralized regulation, arresting individuals participating in outdoor leisure activities alone, and issuing thousands of dollars in penalties for not wearing masks, while other states have not yet implemented home commands. This imbalance of different may seem confusing, but it is the inevitable consequence of becoming an autonomous nation of states.

One of the greatest confusions could very well be what is allowed and what is not allowed. Or put it another way, this is what is considered necessary and what is not.

I find it surprising that Lowe’s and Home Depot are open to business, while Hobby Lobby, which sells materials from which masks can be made, was closed due to the pressure under which they were.

Perhaps one of the most confusing parts of this is in states where only “essential” items are allowed to sell to stores.

Apparently, government bureaucrats have taken the time to make actual lists of things they consider to be “essential” and pass them on to stores, requiring them to block access to items that are not on those lists and prohibiting the stores from selling them.

There is no way of seeing that as anything other than totalitarian. Which gives the right to assume that they are the only ones who can determine what is important and what is not? What is the benefit to society in taking this “emergency action?”

According to these government bureaucrats one of the issues that obviously comes under the “non-essential” category is seed.

You’ve also seen photos online of seed aisles being blocked off so people can’t get seeds. I’m not thinking here about flower seeds, although that’s also happening; I’m talking about vegetable crop. Do those bureaucrats not realize that vegetable seeds provide you with food to eat?

Here we are, on the verge of a possible food shortage, and someone who probably thinks that the grocery store grows meat and vegetables rather than from farms has decided that growing food is not necessary. But with around a third of the meat-packing plants in the world currently being shut down, the decision could come back to haunt us all. We should be planting now, not denying people the ability to plant.

Ok, so how does it get any better than this?

The easy answer, as always, is planting our gardens anyway. If you are like me, you have last year’s seed leftover, which you can use. You’ll see a reduction in germination rate of about five to ten percent, but it’s still worth using, particularly if that’s all you have.

Most of them probably harvest seed from the vegetables they grow in their gardens, instead of buying it. I am not at this level, but I wish I had been.

For the rest of us, what? Never be afraid, there are still ways to get seed, even if you haven’t harvested seed from last year’s harvest or have no leftovers.

In fact, avoiding your local Wal-Mart or Home Depot as a source for your seed is some of the best ways you can get seed.

At the most basic level, you should ask yourself who you know or who might have some seed from which you can talk them out of. We all seem to know at least one person, who is an avid gardener. There is a good chance these people will have seed; possibly more than they need. When they do, they ‘re definitely happy to share any with you, maybe even without paying you for it.

Of course, you don’t want to misuse their hospitality, so do not take more than you need if they give you some seed. If you don’t make use of everything they give you, offer to give it back. They might very well have someone calling for seed and it would be a shame if they couldn’t supply it because you were sitting on seed that didn’t get used. 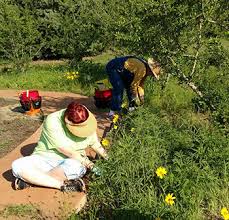 Going one step further you can look for any gardening clubs in your zone. Most communities possess one. They ‘re also looking, like most other organizations, to increase their numbers, delighted when the “uninitiated” ask for their expertise.

One thing many of these organizations do, which might be useful to you, is having “seed trading nights.” Usually they are connected to their regular meetings, giving members a chance to pick seed from each other. While intended to be a membership event, they are likely to allow outsiders to come in, particularly if they think you may want to join their organization.

Although government officials may be restricting access to seeds in supermarkets, this usually doesn’t impact the websites of those businesses.

Many of your favorite retailers, where you’d normally shop for those seeds, can still get them to you, delivered to your home via online ordering, even if you can’t go to the store to buy them.

Better still, most of those companies already have a stronger online range than you’ll find in the shops.

Wherever only two or three carrot varieties are available in the store, you can find dozens of carrot varieties from the websites of that same store, giving you the opportunity to try new varieties and see if they grow better in your garden.

All of these retailers, whether online or in brick and mortar stores, get their seeds from a limited number of seed producers, most of whom also have online stores, allowing you to purchase directly from them. This will generally (but not always) ensure fresher seeds, as there won’t be anything they sell that has been sitting around since the planting season of the previous year.

Not only that, but you can purchase bulk packages from them online , allowing you to get your seeds at a discounted rate if you plan on some serious high-volume gardening activities.

Why not order heirloom seeds if you’re going to order online anyway? If you haven’t heard of heirloom seeds, those are the plant varieties that occur naturally, rather than the hybrids or GMOs that are sold in most stores.

Such plants are literally thousands of varieties, far more than the two or three you’ll usually find in the market. When you try different types, chances are you’ll find some uncommon one that you like even better than the regular ones.

One important distinction about heirloom seeds, which is, they’re the only ones where the plants will be producing seeds that can be used for crops next year.

The hybrid plant seeds must produce one of the two parent plants used to create the hybrid, not the hybrid itself. Much worse are GMOs, because the seeds they produce are sterile and will not grow.

Related: What is Hydroponic Gardening?

What to Plant in March

Preparing Your Homestead for Evacuation

How to Survive on the Sea