When it comes to forbidden herbal remedies, you might immediately think of cannabis or other such mind-altering substances. However, there are many plants that are prohibited due to their intoxicating effects, but also their invasive growing habits.

The United States Department of Agriculture (USDA) lists as many as 112 species that it classifies as ‘noxious weeds.’  It is illegal to cultivate these plants as they can seriously damage our local ecosystems. This situation is unfortunate since many of them have powerful medicinal uses.

In this article, we discuss the potential benefits of five plants that are banned for various reasons. But should these forbidden remedies be legal?

Ephedra Viridis, more commonly known as Mormon tea or joint fir, is the first plant on our list. It also has the most confusing legal status.

Traditionally, native tribes used Mormon tea as a natural remedy for a variety of issues, including backache, colds, weight loss, energy boost, and kidney problems.  It can also lower blood pressure, which may be the result of certain antioxidants found in this tea. Some tribes also used it as a general tonic and blood purifier. Nowadays, the herb is better known as a decongestant.

This species is native to the south-western desert regions of the USA and its green, upright branches stand out against the barren landscape. It is these branches which may be brewed into the beverage known as Mormon tea.

This plant is a close relative of Chinese ephedra, which contains active compounds called alkaloids. They have a stimulant effect and were, at one point, a common ingredient in diet pills and performance enhancers.

However, in 2004, the Food and Drug Administration (FDA) banned the sale of products containing ephedra alkaloids. They stated that the supplements “present an unreasonable risk of illness or injury.” However, the plant itself is not prohibited and still grows freely throughout its natural habitat.

How To Make Mormon Tea

Kratom has received a lot of press in recent years. It comes from a tropical tree known as Mitragyna speciosa and is often sold in powder form. While not technically illegal, this substance is frequently abused and is certainly one to watch.

It contains compounds called mitragynine and 7-a-hydroxy mitragynine, which influence the body in a similar way to opioids. Mitragynine also interacts with other biological systems to act as a stimulant. 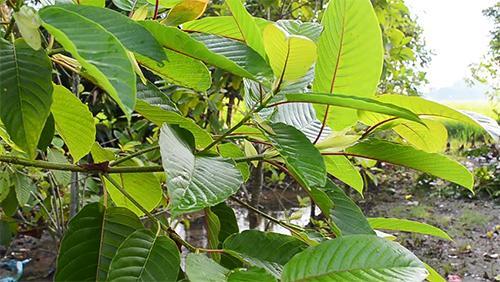 In low doses, kratom can increase energy levels and alertness. In higher doses, it may relieve pain and produce sedation. Worryingly, while some people enjoy these effects, kratom may also pose some serious dangers to health.

Its side effects include nausea, sweating, hallucinations, and seizures. The National Institute on Drug Abuse has also linked several deaths to kratom use. However, in most cases, it was used alongside other dangerous drugs.

Buttercups are a common plant and there are many different species. Their yellow flowers are a frequent and much-loved sight throughout the summer months. However, the creeping buttercup (Ranunculus repens) may not be as innocent as it seems.

This particular species is highly invasive and may be harmful too. It contains a toxin called protoanemonin, although the levels of this compound vary in different plants. There have been reports of livestock dying after eating creeping buttercups. Other ill-effects include excessive salivation and diarrhea. 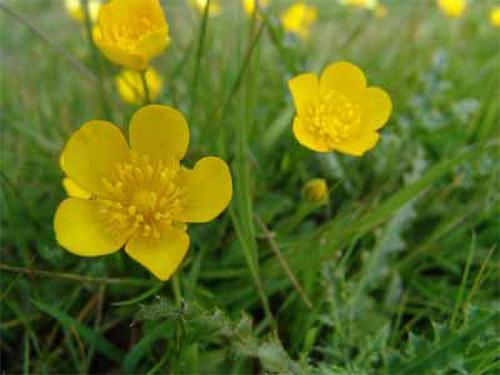 However, this plant may also have useful antibacterial effects. Research has shown that it may help to combat several species, including Escherichia coli, Staphylococcus aureus, and Salmonella typhi, among others.

The vast majority of illegal plants have received their status with good reason. It could be that they are potentially harmful to human health or the environment. However, some of these plants do possess very real benefits, should they be given the chance.

If you do decide to harvest and consume any of these plants, just be sure that you are 100% confident in your identification. We also recommend that you speak to a qualified herbalist prior to use to ensure that these remedies are suitable for you.

Another potentially useful plant with ‘noxious weed’ status is the dodder of the genus Cuscuta. This plant is highly unusual in that it does not possess roots or leaves. Instead, it acts as a parasite, relying on its host to provide it with nutrients. Although it rarely kills its host plant, dodder can reduce the yield of crops such as alfalfa. Therefore, this strange species is prohibited in a number of states. 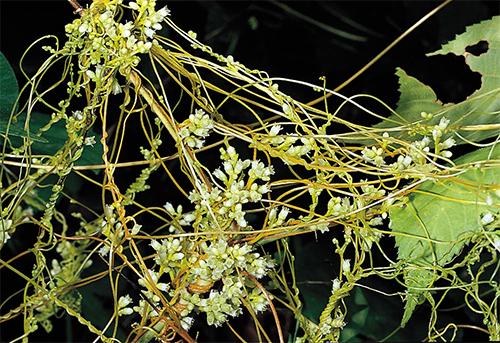 Even so, dodder could have some benefits for human health. Its seeds are a popular ingredient in Chinese medicine, which uses it to nourish the liver, kidneys, and spleen. Modern research has found that dodder could have anti-hypertensive properties, reducing both blood pressure and heart rate.

St. John’s wort is a common herb that many people may be surprised to find in our list of forbidden remedies. Its Latin name is Hypericum perforatum and it is a small, shrubby plant with yellow flowers.

It is one of the most famous herbal remedies for depression, with several studies backing up its use. However, experts have urged caution when using St. John’s wort as it can interact with many other medications. It is also possible to use the herb as a topical preparation to aid wound healing. Other uses include sunburn, nerve trauma, sore muscles, bruising, burns, and varicose veins. 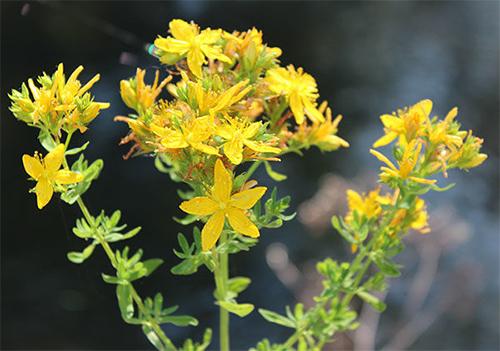 The plant is thought to originate from Greece and since its introduction to U.S. soil, it has become highly invasive. It has an aggressive root system and is known to crowd out more delicate local species. For this reason, it is classified as a noxious weed in several different states.

The flowers are traditionally picked on June 24, on the Feast of St. John. Typically this is the time of year they are the most common. Pick the flower buds that are just about to open, or simply snip the flowers, buds and top few leaves from each plant and place them loosely in a canning jar. (Be certain there is no plant matter above the level of the oil or it will spoil) and tighten the lid.

Now put the jar in the sun for 4-6 weeks. As often as possible, shake the jar to get everything mixed properly. After 4-6 weeks strain the oil and store it in your medicine closet.

Take the tincture for a prolonged period as needed to cure chronic conditions.

OTC Medications for You and Your Dog

This Natural Recipe Heals Your Knees And Reconstructs Bones And Joints Immediately!

13 Ways To Keep Your House Cool In The Summer

How to Build a Bike Generator

Ways to Recover from a Hurricane

22 Cans You Can Purchase for $1 or Under

How to Prepare for a Flood