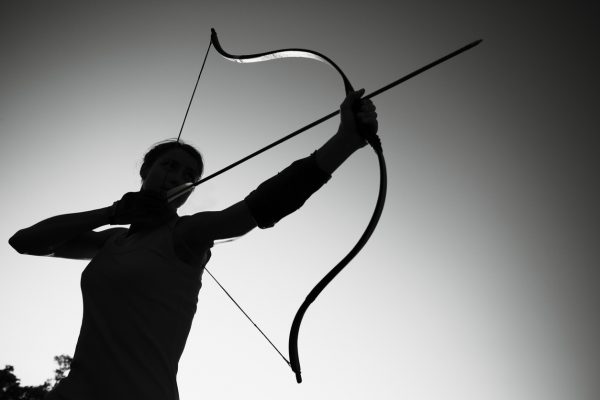 The bow and arrow have been used for hunting and warfare for thousands of years. Archery was used by many indigenous people around the world, and it became the main weapon of war during the Dark Ages.

Any advancement in weapon technology has often resulted in an improvement in either lethality or range. When a stone or metal arrowhead is paired with arrow speed, archery becomes extremely lethal.

Many archery setups are capable of penetrating armor and bone. Bows also enable an archer to shoot accurately at distances ranging from 40 to 100 yards, depending on the archer’s ability. This is in comparison to arrows or atlatls, which have a much shorter range and are less deadly.

The majority of people nowadays hunt with archery. Archery has largely vanished from modern warfare since the invention of the rifle. In an emergency, however, archery may be used for self-defense.

When SHTF, archery can be more effective in several ways.

We’ll go through the various styles of bows that can be used in an emergency in this article. We’ll go through what else you’ll need, how to prepare your house, and how to use archery to protect yourself successfully.

Related: Best Household Self-Defense Items You Probably Have In Your Home Right Now

Compound bows, recurve bows, and crossbows are the three main styles of bows that can be used for home protection.

Each of these has its own set of benefits and drawbacks. Let’s go over them:

Compound Bows – Compound bows with wheels to minimize draw weight after a let off point in the majority of modern bows. These bows allow you to draw and keep your draw for longer periods of time, allowing you to shoot or stay still as your target moves. 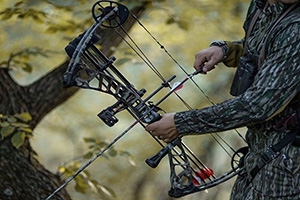 When you shoot a compound bow, you get high arrow speeds with minimal bowstring noise. This means you can shoot at a target without announcing your presence to anyone.

If you’re lucky, you’ll be able to kill three or four targets before they know what’s going on.

Reload time and maneuverability are the disadvantages. Compound bows are more time-consuming to draw, shoot, and reload than recurve bows. When goals are near, this makes it complicated.

In addition, carrying a compound bow in a city is not suitable. It would be difficult to remain concealed when maneuvering around corners in hallways. 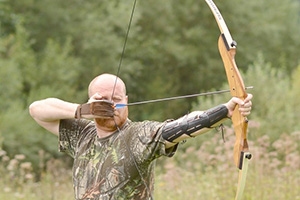 Recurve Bows – This is the oldest technology of the three bow types. Recurve bows depend solely on the energy emitted by the bow’s arms.

Since the arrow speed is lower than that of a compound bow, there is less killing power.

Recurves, on the other hand, are quiet and fast. In a matter of seconds, you can draw, target, and shoot.

Many people use recurves to hunt small game or easy targets like birds.

Since they are much longer than a compound bow, they are not suitable for sneaking around in buildings.

Crossbow – Crossbows are available in both compound and recurve models. 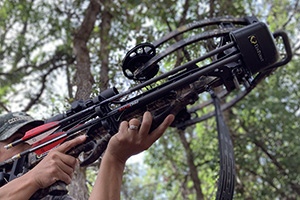 Since you can use a scope and carry it like a rifle, crossbows are the most accurate of the three choices.

As with a compound bow, the arrow speeds are high, resulting in maximum lethality. It is the perfect choice for tight spaces since it is smaller than a rifle.

The crossbow’s only drawback is that it is the slowest to reload.

For tactical reasons, the choice of arrows and arrowheads is important. Arrow shafts are usually made of fiberglass, aluminum, or wood.

For survival purposes, I recommend fiberglass. Wood and aluminum arrow shafts break and bend, but fiberglass flexes when required, allowing the arrow to be reused for years. 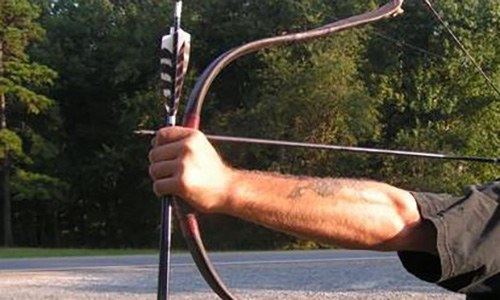 Archery, on the other hand, has the benefit of being able to make your own arrow shafts if necessary. If you run out of fiberglass, use whatever materials you can find to keep fighting.

Related: Do You Have These Bushcraft Skills?

In terms of arrowheads, you’ll need a broadhead for tactical purposes. A field point may hit a goal with ease and cause minimal damage. An assailant could take out the arrow and continue on his way.

Broadheads pierce deep into the tissue and cut it open. They deal more damage, strike harder, and are more difficult to extract.

Traditional broadheads may be used, but I prefer mechanical broadheads. Mine fly like a field tip, except when the arrow reaches the target, the blades flip out. They leave a wound that is two to three inches wide. 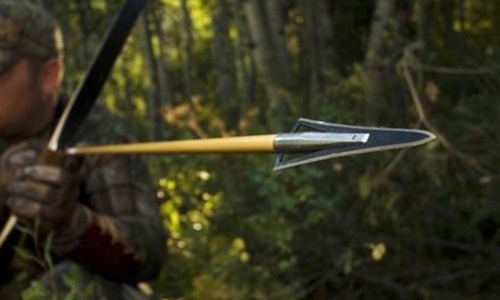 If you want to be able to protect your home with a bow and arrow, the house must be set up for this reason. If you can get on the top, you’ll have the perfect vantage point from which to attack all approach angles.

I could use the chimney as a cover and still remain high on the roof at our house.

Another alternative is to use Windows. If you look at the architecture of medieval castles, you’ll find that the second floor typically has tall, narrow windows. These were developed to allow archers to shoot from a variety of angles without being exposed to incoming fire.

The same effect can be accomplished by securing two pieces of particle board or plywood across a window with a five or six-inch vertical gap between them.

Once the window is open, you have a fantastic vantage point from which to shoot arrows without being totally exposed. If you’re going to use a crossbow, hold a shooting stick by the window. This would give you even more control of how you target your shots. 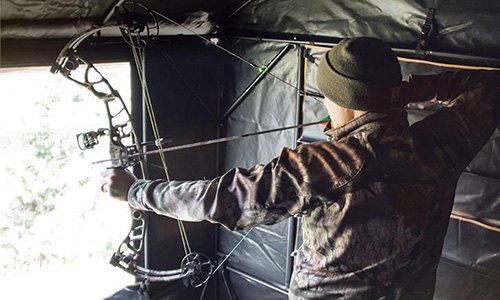 You must practice in addition to making a plan for your house. I normally train for at least 30 minutes five days a week for a few months before bow hunting season.

Training can make a big difference in your accuracy, particularly if you’re using a compound or recurve bow. To be satisfied, I like to have clear three-inch groupings at 40 yards. 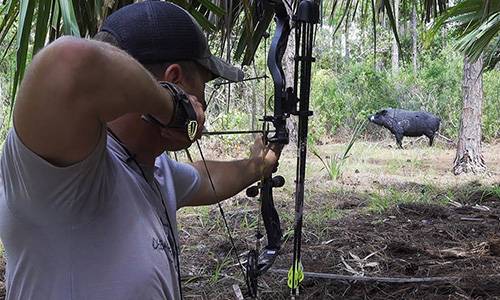 Finally, make certain you have plenty of arrows on hand. You won’t be able to dash out into the yard and gather bows. Without collecting fired arrows, you should be able to take out your attackers.

How to Take Action

When it’s time to protect your house, you’ll need to act fast. Gather your bow and arrows and make your way to your chosen perch. Always aim for the center mass of the target and eliminate simple targets first. Anyone who is standing still in the open should be discarded first. Then, when taking cover, switch to stationary targets.

Finally, you should try to eliminate targets that are moving. If at all necessary, get one or two additional people on the ground floor to take out anybody who manages to get past your shots. Keep in mind that an intruder will be struck in the middle of the body and still be able to break into your house. Prepare a backup plan in case something goes wrong.

Although firearms are often the first line of defense in an emergency, they do have drawbacks. The most important is that guns are pretty loud. If a group of 20 looters is spread out over several buildings, a single gunshot could send them all fleeing. You can bet they’re on the lookout for firearms.

With the right archery setup, however, you can take them out one by one without waking up the rest of the squad. Take the time to find the right equipment, make a home schedule, and begin practicing as soon as possible.

How to Grow Tomatillos