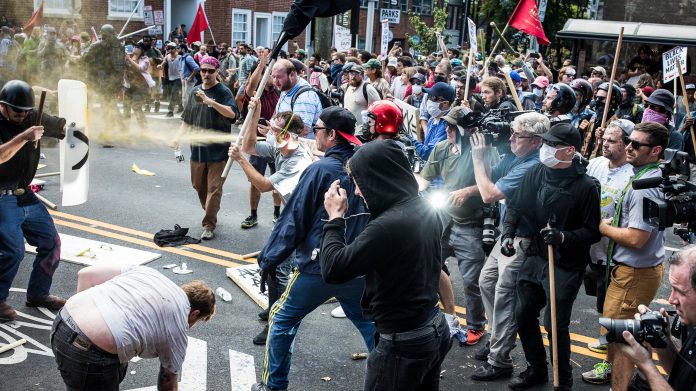 By now, I’m sure you’ve seen the video below. Political activists/bullies, disrupting the space of people to make their point, and, more especially here, attempting to bully people into giving up their rights to give their way to the rioters.

I want to say the first thing about this is that it’s a tough situation. The more middle class you are, especially, or the more formal the environment you are in.

The first challenge is to transcend your culture and be able to change gears through the confrontation/defense mentality from the dining mentality. Mindset is your buddy here, as I talked about earlier. You’re there just to do the job at hand.

Related: Will the Liberals or the Conservatives Start a Civil Unrest?

Doing The Job, However, Requires A Few Things To Find The Proper Response

You just ought to be able to read the crowd that demands your obeisance to their worldview, both the other diners and the thugs. Can you count on the support of others in the crowd of diners? Perhaps, but there’s no timetable for “hope” and you can’t count on it. The most significant reading you can do is about thugs/activists.

You need to determine, quickly, their loyalty to their cause. Look for apparent hints to how aggressive they might be:

You need to be able to do this unobtrusively, quickly, and be able to process the information to make a plan of action.

Related: How to Respond to Active Shooter Attacks

There Are A Few Basic Courses Of Action You Can Take 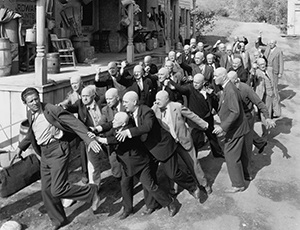 The first is to take it and sit there. It could sound glib, but it’s not. You should only wait it out if the threat evaluation decides that they’re just going to yell and scream.

Threat evaluation must definitely be ongoing, since it can shift at the drop of a hat.

Always hunt for escape paths, and don’t restrict yourself to the obvious ones. If it gets bad enough, people make fantastic things with which to smash windows or drywall to make an emergency exit.

Sitting there and taking it was the course of action the lady chose in the video, and it worked in this case.

The next thing you will do is to get up and make your way inside the establishment and to get to the exit and escape using that changed environment. Unfortunately, you need to remain mindful of the crowd from which you are fleeing from. A mob is very sensitive to the driving of prey.

As my friend Rory Miller says, for many reasons, they can and will escalate to abuse, including to show that they belong to the party, and you are an outsider.

It is an option to use your mobile phone to call the police, but at this stage there seems to be a low return option. They may not have services available to assist you due to the civil unrest/riots everywhere.

What If None Of These Options Work? Move To “Desperate Options”

The next choices are whether the threat evaluation concludes that it has the potential for violence, or it is becoming violent now, actively. Beware, these alternatives are tough and dark.

The first ‘desperate option’ we will cover is Violent Escape. Using this alternative, aggression comes first, but the key point of the exercise is not.

Basically, choosing one of the opposing crowd is what you are doing, and assaulting them aggressively to make a hole you can get into. You need to make your escape as soon as you can if you injure one of the crowd, as the thugs will try to get you payback for the harm and pain you have caused.

Use a weapon if possible. A restaurant is chock-full of useful tools if you do not have one on you. A bottle of water that has been forced into an eye socket or a nose bridge. A dinner plate, the side of the throat first, or the temples with salt/pepper shakers, candles in the eyeballs.

I’m sure you get the picture.

The Crowd Has Turned Into A Violent Mob. What Now? 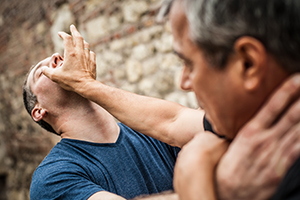 We’ll get to the most extreme situation next. Violence is imminent or the crowd is becoming a violent mob, the threat evaluation has decided. This is the moment for you to become a matter of fact and to realize what work you need to do.

I literally call these things “maiming” in my classes, and it’s just for really serious circumstances. This is where you start to take individuals apart. We’ve also heard jokes about punching the throat …

This is what it is for. Steak knives, gouging eyes, tearing noses, hooking up fish, vile stuff made to back up your enemies so you can manage to make your way to safety.

There’s no way to make it good, and I’d like to repeat, this is the worst-case scenario, and it might be unpleasant. This is where you do something only if your life is really at risk, and you do this to escape and get your people to safety. 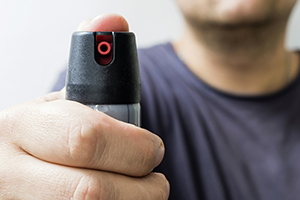 What about stun guns?

They’re useless, I guess. My friends and I, when we were younger, would play tag with them. In my view, the only thing for which they are useful is to make a fast hole in a crowd to get through. They aren’t a good option.

What about pepper spray?

As an eye jab in a can, a fast diversion to either escape or launch a stronger assault with a better weapon, Pepper spray should be thought of. It is a bonus because when it is empty, you can beat individuals with the can. Please use 15 percent or better if you are going to use it to make an escape opening, and then spray it directly into one person’s face, and make sure they get all of it, or spray in a big ‘S’ pattern to get more people.

Bear spray or pepper grenades are great, but I don’t think I’d even be bringing them downtown for a nice meal.

Is a gun the ultimate solution?

Ok, maybe. This depends. That’d be a giant can of worms to talk about here. It is enough to suggest that there are certain things you need to think about and practice during a mob attack. Be prepared in our current social climate for significant legal implications.

Related: 6 Items To Carry If There Are Protests In Your State

Mob Violence Is Becoming More Of A Normal Feature Of Modern Life In The US.

Unfortunately, the complexities of crowd aggression and mob mentality make it impossible at best to cope with or prepare for this sort of encounter. There are no good choices, and on the move, you have to be able to switch tactics.

As always, your best friend and primary warning device is awareness.

How to Preserve Eggs with Waterglass

Back to the Future – How to Reuse Old CDs

How to Make a Natural Dewormer for Chickens from Pumpkin Seeds