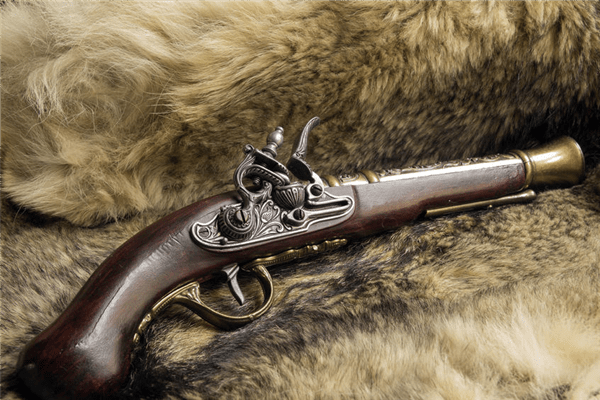 Anyone who’s ever been to a gun store should realize that guns can be expensive. Some of us who own some of them (and who doesn’t?) may have spent quite a bit of money in our weapons collection. This makes it an important part of the inheritance of our children to be considered when the time comes.

Yet the financial value of our weapons is not the only justification to carefully consider what we are leaving behind. Continued attempts by progressive politicians to remove or heavily limit our rights to the second amendment may make it impossible or even illegal for our children to purchase the guns they would want in the future.

Which means leaving our weapons to them is more than leaving anything of financial worth, it leaves a legacy of being able to throw away a tyrannical government if it is necessary; the very reason why we first have a Second Amendment.

Granted, when buying weapons, few people think about their history, but maybe we ought. Instead than just buying weapons because we like them, maybe we should look at those weapons from the point of view of what they’re going to mean to our children, either financially or from a point of view of freedom. When the option is between purchasing one gun or another (as it is often), then purchasing weapons that will mean more for our children than just being weapons makes sense.

With that in mind, here are some suggestions about what kind of weapons you may want to consider buying, or some of your firearms you might want to take some extra care in putting away, just to make sure your kids end up with them. 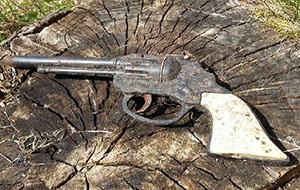 The most critical type of weapons to leave to your kids are probably those with some form of sentimental value. For different people, that can mean different things.

Perhaps it was the weapon that your child shot their first deer with or one that belonged to your grandfather. Maybe it is one that they carried in the battle, or an enemy weapon that they took home as a souvenir.

Wherever the gun comes from, it is something that’s meaningful to your kin. It does make it worth it. 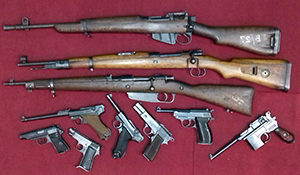 Many of those family heirlooms are maybe old enough to be known as historic weapons.

If so, a lot of money may well be worth it. Old firearms can be extremely valuable, particularly the rare historical items. I know a man who managed to obtain a loan to buy property and build his home using his historic collection of weapons as collateral.

True collectors of every kind of antiquity know how to find a deal. Rarely should they pay full price for the stuff they buy. Instead, they keep their eyes open for item sales that others don’t know the worth of.

My father built his collection of antique weapons that way and my mother built an antique glass collection the same way. For both cases, they have charged a lot, far less than their acquisitions’ “cash value.” 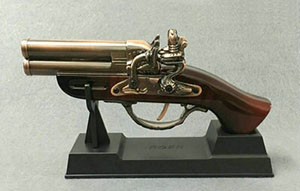 If you want to buy firearms that will go up in value, then you should be looking at commemorative firearms.

Some of these pieces are simply beautiful carved, and only a few are made. Although there is little demand for reselling such commemorative weapons, people are willing to pay big bucks for them. 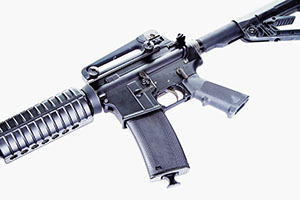 If there is just one type of firearms that our kids will not be able to afford, it’s the various AR-15 types. More than any other category of firearm on the market, AR-15s are in the sights of those who want to diminish or eliminate our right to bear arms.

Nonetheless, if there’s ever a second civil war or revolutionary war in our country, that’s going to be the number one weapon the public uses. That’s probably the real reason why they want to take them away from us. 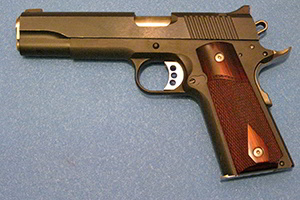 The other firearms category that appear to be under attack is semi-automatic pistols, particularly those with large magazine capacities.

Often, there is a given explanation for this, but there is always the ability to try to take them from us for a more cynical purpose as well. It’s hard enough to go up against armed soldiers; doing so with a six-shooter sounds like no fun at all.

It also happens that semiautomatic weapons are the safest thing to use when protecting yourself and your family. That alone is a good reason to make sure you leave a couple for your children. 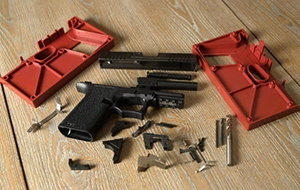 In other words, I am thinking about weapons that have not been stamped with a serial number on them. In fact, this is legal if you create the weapon by yourself 100%.

There are some firearm frames or lower receivers that you can buy 80% versions of. It means that only 80% of the frame or receiver is through. The producer has not finished these.

They are pieces of operation according to the law and they don’t need to have a serial number. When the parts enter the next stage of production, the serial number will have to be added. So if you do that phase yourself, finish the part and then the gun, they will never have to add a serial number because you’re not a manufacturer of firearms.

This makes them completely off the record, and government untraceable.

Should gun confiscations ever begin, the government will have no way of knowing that those weapons exist. So they wouldn’t be seized as long as they are kept secret. That would make them available to your children to protect their families and their homes, or even if a second American revolution takes place. 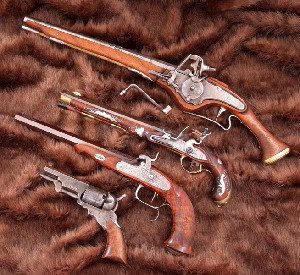 Another group of unregulated and tracked weapons are reproductions of black powder weapons, which are considered historic firearms. You can purchase kits for a range of different models of black powder rifles and handguns, which anyone with a reasonable workshop and average do-it-yourself capability can create.

The resulting weapons are both desirable and practical.

To be sure, in the second American revolution these would not be very effective; but they would still be useful for home defense.

However, in a situation, hanging on the wall, it is just something cool to have. It will be a wonderful thing for your kids to be able to say “Hey, my dad made that.”

You had me “essentially” at Oil