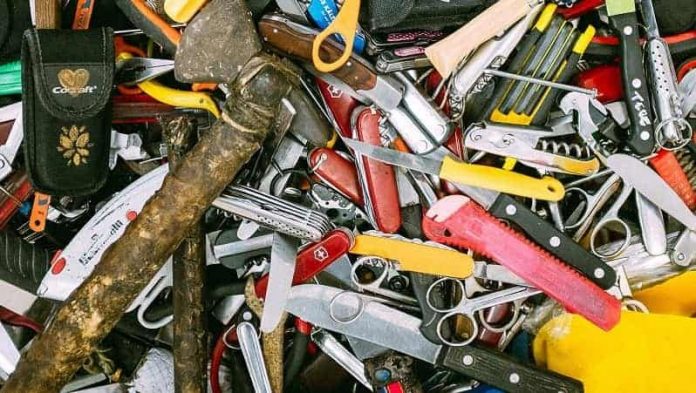 I will just begin this article with a list of items in your house that lie around and tell you how to use them. I want to give you a foundation to start on, though. You do not have time to think during an attack. Adrenaline, Courage, Fear, Exhilaration, Stress.

Such states will all simultaneously erupt inside you. Apparently, time will slow down. You will feel confused if you are not used to these emotional states.

It’s like doing the first parachute free-fall jump. Sensory overload is what you can call it. But whatever it’s called, just trust me, you’re not going to be able to analyze the situation rationally, make complicated plans, and then enact them.

You need to make and practice all the choices beforehand, so that you can just execute during an attack.

Once you have your groundwork laid out, you can just imprint for 5 minutes every morning. Walk through your house, and think:

If you do this and prepare, chances of you surviving an attack increase exponentially. 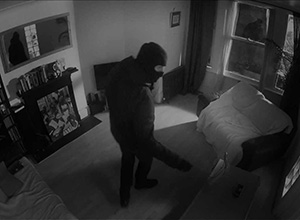 For your loved ones and yourself, the primary goal is always to de-escalate the risk. Your last resort should always be violence.

However, in a home invasion scenario, the goal should be to survive.

The battle decision hierarchy tree is the next thing that I want to share.

This is a decision tree that decides what you’re going to do. In order for you to behave intuitively, it has to be simple:

Related: Why You Should Think Like a Navy SEAL Instead of a Doomsday Prepper 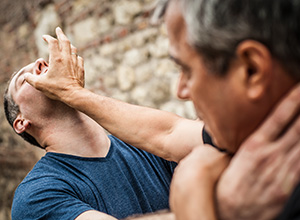 The United States Army’s key defensive policy is as follows: Seize the initiative!

In its simplicity, it’s genius and can be applied to any situation. It’s linked to being in charge. The other party is reacting if you are acting. It ensures that the encounter goes according to how you want it to go.

Therefore, you strike first when battle is inevitable. Don’t let the opponent be the one who acts and you respond.

Clearly, we value our lives more than the lives of our assailants. At all costs, we must remain alive, and we must seize the initiative.

The best self-defense items in your home right now can be divided into five categories: 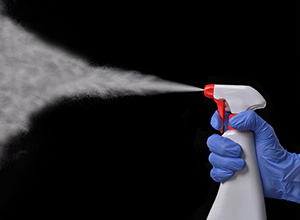 These are not likely to incapacitate an attacker, but they can give you a few precious seconds to execute or get away from another attack.

Note, the attacking guy is alert and anxious as well. Any unknown substance that hits his face, eyes, or nose will cause him to pause.

The more caustic an object is, the more time it gives you as your assailant attempts to find out what hit him.

Items based on chlorine and ammonia should be prioritized. This category is covered by bleach and oven cleaners. Leave the oven cleaner spray on the counter near the kitchen entrance at night. Your attacker won’t think about something going through it, so if you run into or out of the kitchen, you can catch it and spray it.

You should go for a knife or a window when he is drying his eyes.

Vinegar, insecticides or pesticides and, ultimately, just a plain old deodorant are other options. For a few precious seconds, a spray of Ant Killer, or deodorant to the face, can stun everyone. Be sure to unscrew the cap if you leave bleach or vinegar out, but leave it on top of the bottle to prevent evaporation or cause unpleasant smells. Take both hands and squeeze as hard as you can before using them, spraying on the attacker as much as possible. Act quickly, then move on.

The aim is to create confusion and buy a couple of seconds for yourself.

Related: The 3 Essential Self-Defense Moves You Must be Aware of 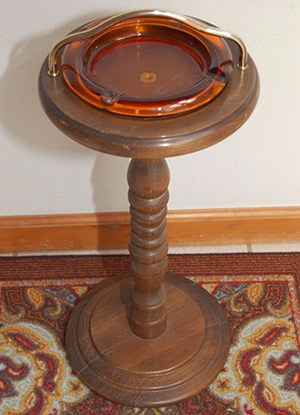 It must not be too heavy for you to drive it at speed, but it must not be so light that it does not do any harm. The principle is to generate a wave of shock by transferring electricity.

Frying pans and pots, clothes irons, golf clubs, tennis rackets, bedside and desk lamps, flower vases, frozen meat cuts, torches are heavy items. With this, you can get imaginative and make up some of your own material.

That floppy pillowcase lying benignly next to your sleeping cushion, for instance. It can have a half-brick in it easily. And reaching for it may seem non-threatening, but it can do a lot of damage to a good swing.

In addition, I would suggest that you locate or place at least two striking objects in every room in your building. A vase or big old ashtray might seem decorative, but with deadly force, it can be thrown or swung.

Ensure that you connect. The momentum will sweep you off your feet if you miss, so be prepared to take a fall, maybe, but try to recover as quickly as possible. Practicing your swing will encourage you to interact and maintain your stability. 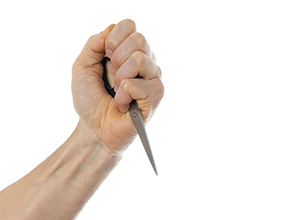 You’re thinking about a knife, and I like the way you think. But Scissors, Nail Files, Clutch Pencils and Pens, Chop Sticks, Garden Shears, Meat Carving Forks, Stanley Carpet Knives, smaller box cutters (this is a must, just buy one and hold it around).

Think glass, porcelain and some ceramics, or other items that are potentially sharp.

Next to your bedside table, you might have a glass of water. My idea is to have one with a thick base and relatively thin sides. Make sure that there is glass within reach. It could save your life if you wake up with an intruder next to your bed. Smash your glass into the face of your attacker. Inside the glass, the water can reduce the friction and provide deeper cuts. 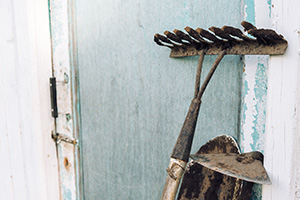 This is where I think of brooms, mops, golf clubs, hockey sticks, etc. Objects that can be swung to hit an attacker with force, but still long enough for you to thrust at him. You want to maintain a distance between yourself and your attacker in this situation. Here’s my tip: it’s a gamble, but with big potential advantages.

Poke your broom stick against the chest of your attacker. He’ll try to grab the stick by doing this. You must let him get hold of the stick for this to succeed. When he has it in his hand, thrust it a few more times to make sure he holds it tightly.

Now you know exactly where the hands of your attacker are. He focuses his attention on holding the stick, which he sees as the biggest threat. You let go of the stick at this point, step closely, and punch the throat or jaw. At your best, you have one and a half seconds, so choose your course of action carefully. You need to be ready for your next step when he lets go of the stick. This could be to run for your next weapon or to flee. 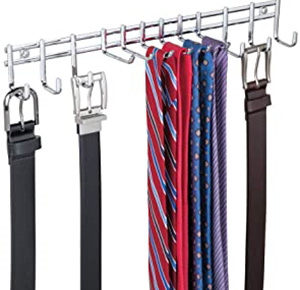 These are difficult to use but are an alternative. The goal is two-fold. Constricting the airway and cutting the flow of blood to the brain. The thinner the piece, the easier it will be for you to do this.

Don’t even try the jacket towel. It may also be too dense for belts and carrying straps.

If you’ve got a weight advantage, good. You may be in for what could seem like a bull-ride if your attacker does. You can dominate if you can manage to hold on. You’ll have to start again if you let go and take a breath, and fresh blood gets to the brain.

It may be difficult to enforce this when the attacker is actively defending himself. This is only if conditions benefit you because after the blow to the jaw, the attacker is already weakened.

Related: How To Use a Boot Knife

If, without resorting to violence, you can achieve your objective, that is the best scenario. You’ve only got one life, though.

Your value system and what you are willing to die for are known to you. But think of this as a transaction at all times. For what you want, pay the lowest price possible. It’s just basic economics here.

If more assailants are in sight, and you are to be surrounded, act before it’s too late. Grab the nearest one and do your thing.

See it through if you stick to a course of action. You would be amazed at the advantage that surprise and caprice offer, and both of them favor the one who takes the initiative.

The Ultimate Bug Out Bag Checklist

Is There Any Entertainment After SHTF?