Demonstrations against George Floyd’s murder have sparked protests around the country. This is not the first time we have seen this happen, but it is definitely the most common and the longest it has ever lasted. The Black Lives Matter seems to have gained momentum and is attracting lots of attention from a wide variety of outlets, including those who had not previously supported them.

Unfortunately, there have been many incidents in which bad people, possibly from ANTIFA, have disrupted peaceful protests, turning those peaceful protests into riots. A number of different police chiefs have appeared, claiming clearly that the protesters were not the rioters, but rather that the rioters were mixed with the peaceful demonstrators, using them as a shield, and attempting to transfer the blame for their bad behavior to those who are merely exercising their rights to First Amendment.

That camouflage has been largely effective, as the difference between the two groups is not seen by many. Not only that, but the acts undertaken by the agitators have inspired others to join them, adopting the “gang mentality” ideology, which has led to blocking highways, damaging vehicles, vandalism and even some deaths.

With all this happening, it’s no wonder a couple in St. Louis were scared for their life when a mob of several hundred people kicked down their private community’s doors. Dubbed by the media as “Ken and Karen” (disparaging terms), they stood before their home, armed, defending it. Although, in some places the legitimacy of this change has been challenged, it seems they have done nothing that violates the law. Missouri has adopted the “doctrine of the Castle,” which allows them to protect their lands.

On the other hand, I’m not sure that I can agree with the wisdom of that couple standing armed before their home. Some may argue their actions were provocative and threatening to protest crowds. While the man held his rifle across his body appropriately, his wife did not seem to know what she was doing, and was seen pointing her pistol at the crowd, with her finger in the trigger guard.

Personally, if I were to guard my home, I’d be trying to do that without being so obvious. While they might have done what they did to be a deterrent, two armed people are not really that much of a deterrent to 100 people, let alone a few times that number, with no spare magazines visible.

With a little preparation, there are a number of things that they could have done or that any of us can do that will help make our homes safer from raging mobs, without having to stand outside our homes making ourselves targets.

However, we would like to be careful about this. US law does not permit the use of booby traps; or rather, you are liable for any harm caused by your booby traps. So I’m sorry, you’re going to have to forget the caltrops and the land mines. That’s too bad, because I really like caltrops. But although they don’t kill, they’re meant to injure, for which you’d be legally liable.

The first thing all of us can do is install cameras and lights on our house. Outdoor lighting is a good defense against breaking into your home anyway which makes it a good idea. While that lighting does not deter a crowd from moving down your street, it will make it easier for cameras to get a clear shot from everyone on your property who comes in.

Don’t think about trying to hide your cameras; just position them high enough they can’t get to them. Roof-mounted cameras are hard to get to, because if someone scales your roof to get to them, they’ll be caught on tape, if you’ve set up your cameras to ensure you’re protected in full.

By the way, motion detectors can activate those lights and cameras, so you don’t have to keep them on full time. You should attach them to your computer, so you can have a permanent video record of what happened.

One of my favorite defenses for your property’s perimeter is hedges. If you put a fence in front of your house, then what it is obvious. For that crowd, few of them are any concern, because they can either knock them down or climb them over. A tall one with pointy spikes on top is about the only fence that will do a lot of good, but that’s rather evident. 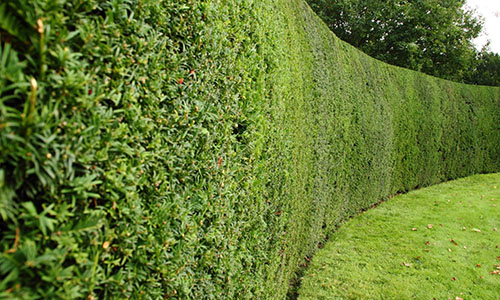 On the other hand, you can plant a hedge around your property line, which, if done properly, is much harder to get through. By “properly” I’m referring to several things:

No hedge, like no fence, will be the perfect barrier, but it is a disincentive. People who really want to get to you will find a way to get there. But if you put a gate at your walkway they’re going to take that. This gives you a way to channel how they get onto your property, controlling any subsequent confrontation into a favorable position for you.

If you’ve got a fence or hedge, electrifying it can easily make it an even bigger deterrent. On a fairly common basis, electric fences are used to control animals, giving you a means to explain it away. You may either say you have it built to keep your dogs inside or stray dogs out. 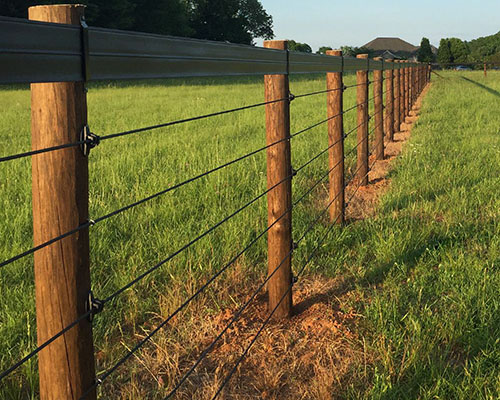 Electrifying your fence does not mean electrifying the whole thing, but rather adding an element of an electric fence to it. Usually, this is a single uninsulated wire, mounted with standoffs at the inside of the fence. It gives anyone who touches the wire a non-lethal electric shock.

I think you’re technically required to post a sign for an electric fence, warning people it’s electrified. That is all right, the sign also serves as a deterrent. But posting it doesn’t mean you’re getting to post it every five feet. Find out your area’s minimum requirements, they aren’t real close. Forth Worth, Texas, for example, requires the posting every 25 feet. So be sure to do that and don’t allow it to go any further, so you’re obeying the law.

The term “tripwire” can mean a variety of things. Typically, alarms of some sort are connected to trip wires, regardless of whether they are mechanical or electronic tripwires. They can also be linked to a variety of snares and traps that would all be of questionable legality.

If you do not have your lights and cameras installed on a motion detector, I would recommend an electronic tripwire right inside your property’s borders. Usually these use some sort of laser, which is invisible unlike those they use in Hollywood. They are virtually undetectable and properly mounted in hidden locations, and can turn on your lights and cameras. 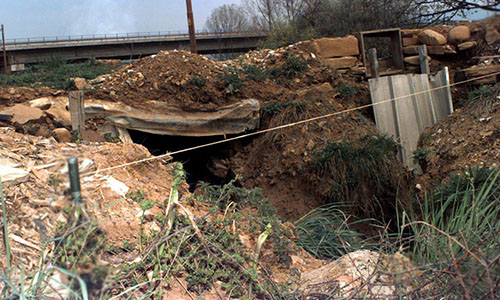 There’s another way I think you can get away with using tripwires on your property, however, and that’s to use them to get people out to travel. Running ankle-high wires across your lawn, firmly anchored, so they won’t pull out, can be an effective way to trip anyone onto your property, without permission. Probably you’ll need to grow your grass a little higher to hide them, but it’ll be worth it.

Spike strips are one of the few unlawful trappings. Although you can’t use caltrops to puncture tires, spike strips may be used. Well, go figure. Placed across or even embedded in your driveway, these will guarantee that someone driving onto your property can not drive back off.

This is of course only useful if somebody drives to your property. It will not do you a lot of good on foot against demonstrators. So that method is of limited usefulness. Even so, it may well be worth it. 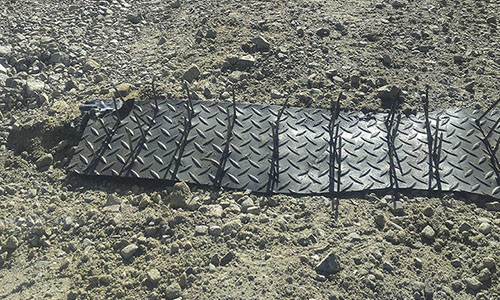 One thing you need to know about this is that while the spike strips are not illegal, you may end up having to pay for the tires of people, even those without permission, who enter your property. In order to stop being prosecuted with any felony, taking care of those damaged tires might just be the price to pay.

If you have ample land, one of the best things you can do is dig a “drainage ditch” at the edge of your property. Dug properly, the ditch can be made easy to get into and out from the side of the street but hard to get out of on the side of your house. That way, whoever comes into it cannot get any further. 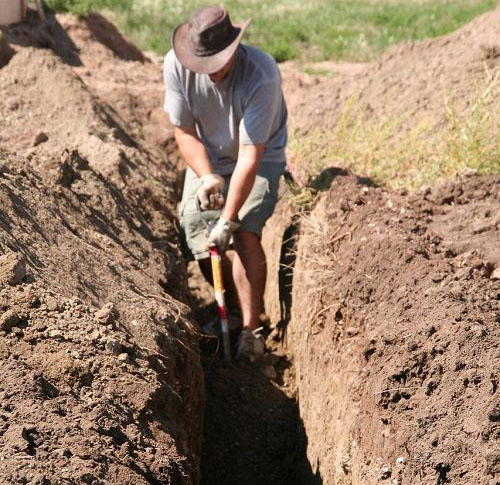 Place a barbed wire fence in the bottom of it, and put a bunch of garbage in the bottom too, if you want to make it worse. Old, rusty junk with sharp edges and corners can make it much harder to turn the ditch, preventing people from even trying.

This isn’t going to be ideal again, since they can still come in through your driveway. I think you should turn it into a moat and add a drawbridge, but it would be hard to hold the crocodiles in the moat.

How to use Christmas to Get Your Friends and Family Into...

The 24 Highest Calorie Vegetables for Your Survival Garden