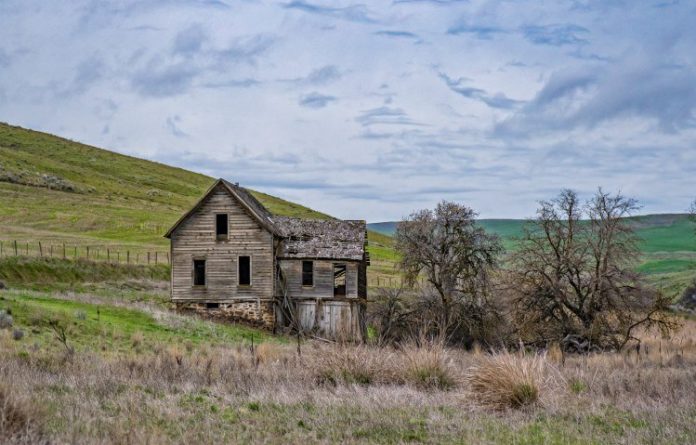 Oh, we survived 2020 and now, in 2021, we’re facing the promise of a new America. We’ll face difficult decisions and tough times, but we’re still going to keep planning. Some Americans are so disenfranchised that they are actually considering leaving our country!

Are there still safe havens for preppers in our nation and around the world? We dug deep and searched for some tips  to get the gear turning in your own head.  Might it be time to relocate?

Many individuals have given themselves up to a kind of never ending bugout. This belief that our planet is so close to catastrophe that we can be uprooted at any moment has given way to individuals who have only expected to be mobile at a moment’s notice.

I call this the Bugout Lifestyle because, in a bugout situation, it essentially keeps you on a perpetual bugout or permanently prepared to be most successful. 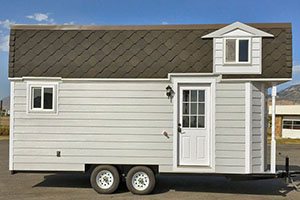 For many individuals, RV life and mobile living has become a huge opportunity. This is a lifestyle far above that of preppers. The concept of a mobile living space has also been taken up by writers, entrepreneurs, and others.

For preppers, there are some significant advantages when it comes to living on the road.

Restricted storage space, of course, could be a problem for preppers. We are a creative group, however, and using storage and caching for survival might become a response to that.

In unpredictable times, no matter how you look at it, being a mobile prepper is certainly going to be a major advantage for preppers in 2021.

Although buying a property might seem like the best means of financial preparedness, watching the investment literally go up in flames is something to be said (Antifa). So, now is the time to suggest month-to-month leases.

Rentals in a city from month to month will be an awful idea for preppers! 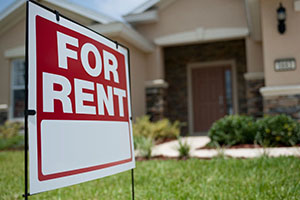 Month-to-month rentals in a rural area, however, might be just the kind of preemptive bugout you and yours are looking for.

Many farmhouse rentals provide landowners with gardens and large open spaces that allow you to keep animals and care for the land as though it were your own.

You literally complete your lease and walk out if the state leadership gets out of hand! No home sale or other hassle. Slice the ties and keep them going. Having no origins in turbulent times has its advantages.

For people who are able to live a minimalist lifestyle, the off-grid tiny home movement has made many things possible. 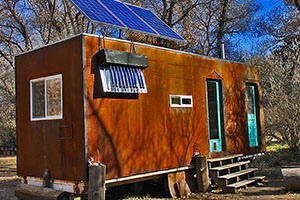 For a very little bit of money, you can leap off the grid and maybe even invest in a nice piece of land to place that home on.

Not only is the small home a hop off the grid, but it is just a pickup truck away from being a spot for bugouts. You can easily uproot yourself now and take your living space with you.

You can, however, also park on a piece of land with a well and build yourself a serious life.

For as little as 30,000, they can be professionally built, or you can do it yourself for even less!

Related: 30 Survival Items To Get In The First 30 Days Of Prepping

These unorthodox living tactics can seem a little drastic to you, but they are strategies for the hardcore prepper who strengthens the most worst-case scenario and prepares to live it out.

In my opinion, Batman is the greatest prepper and his bat cave is legendary. 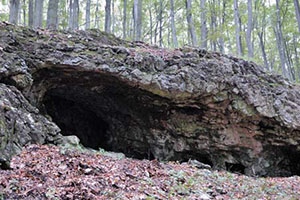 It’s just the stuff of comics, of course, but living inside a cave or constructing a structure inside a cave might provide you with a safe shelter that is invisible to almost any sort of detection.

You won’t be seen from satellites, and even thermal vision won’t be able to detect you living deep beneath the ground in your cave home.

You could populate the woods around your cave with a food-producing forest garden using permaculture principles, and maybe even some free roaming animals.

Related: How To Get Your Home Prepped for Disasters 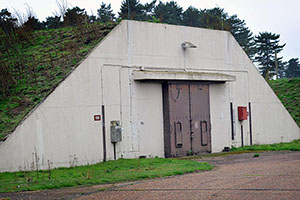 This is the concept of unconventional living, but it is also the most severe and possibly the most successful training. Dipping below the surface of the earth and preserving normalcy is about the only way a family will experience a true doomsday.

Investing in an underground bunker is a more economical alternative. 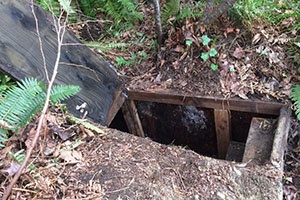 Although a cheap underground bunker is not a kind of living space for an individual or family, a larger one can be a place where you can seek refuge and provide some measure of enjoyment.

A simple cabin could build a combo living situation on top of your bunker that works perfectly for you and yours.

You can run 80,000 and up in spacious, outfitted bunkers. This may not be something you’re interested in, and it might get really expensive with the cost of a home on top. You would, however, be able to only go underground and seek refuge in a catastrophe.

Here are a few areas on the more traditional side that are. It would not be a nice place to call home, though shacking up in a missile silo would certainly shield you from a serious doomsday disaster.

So, let’s look at some regions and states for preppers that are much safer. 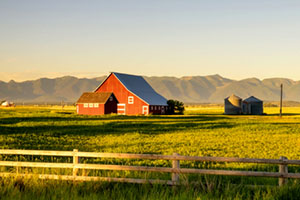 For the majority of preppers, the general consensus is that living rural is simply better than living in the burbs.

Working on food production and other prepping/homesteading ventures, you have more flexibility. You live in a region with a low population density as well.

Rural land might be the ideal spot for the right kind of prepper. 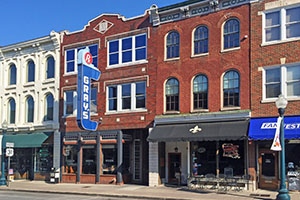 For preppers, Tennessee is a fantastic state and provides a wonderful mix of ecosystems from wide rural expanses to mountain cities and even some impressive suburban locations.

It is also a state that, from a local government point of view, is reasonably well managed.

You’ll need to spend some time looking for the right spot, of course, but you’ll find it a friendly state with a lot of the advantages of an east coast location without radical gun control, explosive unrest, disruptive taxes, and some of the more common problems that exist in states all over. 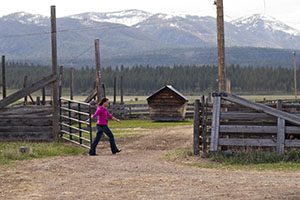 Montana is something to consider if you are seeking to move into an even more remote area.

It is a state of immense beauty and independence that differs widely.

Of course, relative to its large footprint, there are very few individuals in the state.

This sort of isolation is ideal for preppers who want to turn on their farming prowess, shoot guns, get off the grid and really get back to life as part of the world.

The neighborhoods are a lot more autonomous than the major cities, too.

Many people live in the northeast corridor, but West Virginia is situated just southwest of these areas, and you can find a little nook that will keep you providing you with all the self-reliance and independence you want. 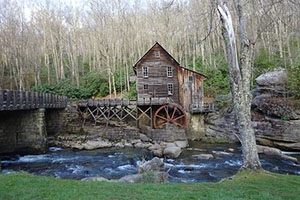 Going off the grid and planning for calamity is becoming a reality in many parts of West Virginia and a necessity in some areas.

It is also a stunning scenery, offering world class trout fishing, hiking, and hunting in the eastern part of the state.

West Virginia has not been infected by that which is east of it, and it’s a diamond on the east coast rough.

I would not suggest leaving the country. That’s just my two cents on the whole point.

There are some pretty cool places, though, where one can live and hide and plan for now without too much injustice. 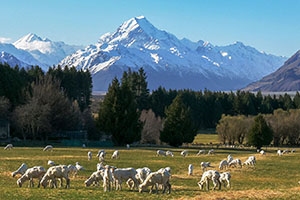 New Zealand has been a place for years where people with money have been buying land and setting up shop for a dark, dark time in history.

This is the island where SHTF can survive in the minds of those in areas such as the Silicone Valley and other billionaires.

New Zealand has in many ways been the ARK of the new age that will be there when the rain begins to fall.

They know that New Zealand has enormous advantages in a SHTF situation, no matter how you feel about the uber-rich and powerful.

Things such as local sources of food, clean water, and becoming an island nation that needs raiders to come by boat.

Related: Bug Out in the Forest 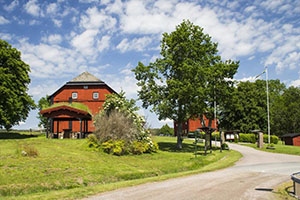 Although many would bristle with the idea of living in the dream of a socialist like Sweden, as a prepper, we are talking about SAFETY.

Sure, you will find a variety of things about Sweden to think about.

But you’re going to thrive if you follow the same kind of route as you would in America: rural life, self-reliance, off-grid, and whatever else you feel important.

Sweden is a breath-taking place full of natural resources and a prepper’s chance. Gun ownership is strictly controlled, but you should not have issues if you are rural and you stay quiet. 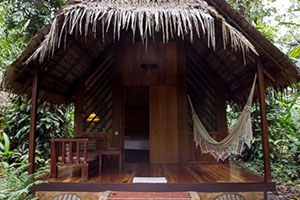 For a long time, Costa Rica has been a safe refuge for expats. Preppers in Costa Rica are a THING and many of these preppers came out of the woodwork during the pandemic. In short, you are dealing with a democratic country that invests in its nation’s social and cultural structure. The tax system is very favorable to Americas.

Literacy is high and living costs are relatively low. You can survive comfortably on $2000 a month!

There is always the chance to make a move that will help prepare you to survive the coming chaos, or the chaos which is already around us. You should not assume that you have made your final move. As you can see, for preppers, there are a vast range of healthy living choices.

Preppers have choices, from extreme to conventional. It is important to  s it down and really consider what matters to us. You can make the extremely important decision from here: are you in the place where you want to live through SHTF?

If no is the answer, then it’s time to focus on determining where that location is.

How To Get Your Home Prepped for Disasters

Why Now More Than Ever You Should Prepare For the Upcoming...