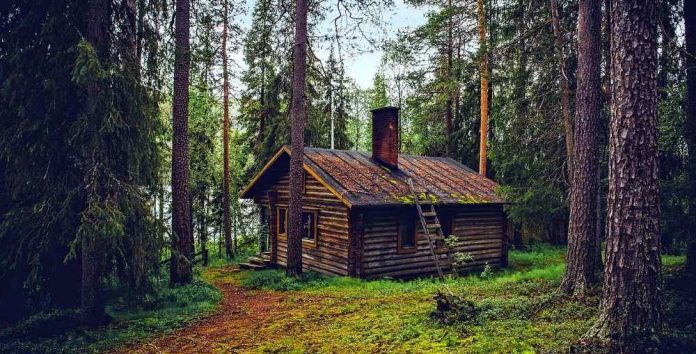 It makes more sense to bug in, much of the time, than to bug out. There have been many survival writers who, myself included, have taken this stance. Bugging out, particularly bugging out into the wild, is something that owing to the difficulties one would face in trying to stay alive, should not be carried out lightly. At home, you have all you own to help you survive; all you have is what you can take with you when you bug out.

There are exceptions, of course, to this. It makes a big difference to own a safe, prepared escape, the proverbial “cabin in the woods” that we all want to have. I would probably be the first to bug out if I owned it and faced a possible survival scenario. That would be my primary strategy and my main stockpile wouldn’t be at home, but under many locks and keys at that retreat, well secured.

I don’t know about you, but I don’t have that cabin in the woods. But my plan is to bug in through whatever disasters come my way, like most others. That somewhat complicates my plans, because I have to make sure I can survive on the spot, no matter what happens. If I don’t, then it might prove to be a fatal decision to bug in.

That means discovering possible errors in my plans and finding solutions for them; something that isn’t always easy to do. Nevertheless, over the years, I have noticed many, mainly through analyzing what has occurred in other disasters, through a “after-action evaluation.” That’s the hard part. There’s always a solution to it once a problem is found.

The question is, are you making the same mistakes?

Related: How To Make A Bug Out Bag Jacket

Perhaps the worst thing any of us can do is lock ourselves into a scheme of survival that has no backup. Being prepared for something, sort of like the Boy Scout slogan, is a huge part of being a prepper. There must be a contingency plan for even a plan to bug in.

Circumstances can not allow you, no matter what you intend, to bug in. When Hurricane Harvey hit, I’m sure there were preppers living in southeast Houston. They had their stockpile, their equipment, and their plans… and none of them did any good for them. When the floods came, they all had to leave their houses, just like everyone else. Whatever preparation they made for bugging in, it ended up being for nothing.

That was much worse for the residents of Paradise, California, when all 1,200 buildings in their city were burned down by the Camp fire. They still had to leave irrespective of how well-trained they were to bug in; otherwise, they would have died in place.

If our plans are so locked in that we are unable to crack them, they are the wrong plans.

Related: Prepper Skills That Will Come In Handy When SHTF 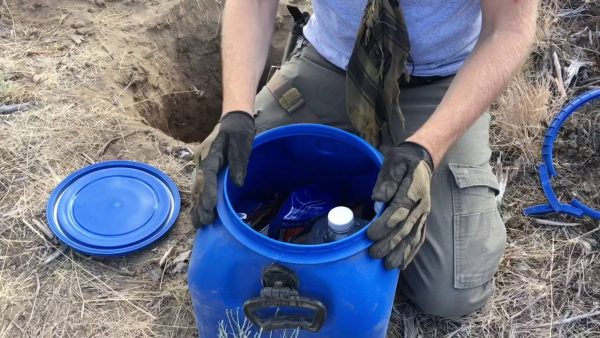 If we don’t have a practical contingency plan, so if we have to leave our homes, the chances are very high that we haven’t made any plans to survive. I’m not talking here about a bug out bag; everybody’s got those. I’m referring to the equipment and supplies that we can use once we bug out. All a bug out bag is intended to do is keep us safe for three days. We need to be able to resupply after that.

Supply caches can take many forms and have many sizes, but there are occasions when we’re going to need them, as the two examples I used above. Any preppers that did not have caches in Houston, Texas or Paradise, California, were just no better off than anyone else. They counted on the cash in their pockets and were able to find an emergency shelter.

Related: 7 Cheap Foods To Stockpile That People Usually Throw Away

You should be able to conduct a self-rescue, regardless of the disaster. Going back to Houston, I wonder how many of the people who had to evacuate in the southeast part of the city had a boat… or even a rubber raft. Of all the videos I watched, I just saw one family in a rubber raft. The boats of the Cajun Navy or other rescue personnel were saving everybody else.

Thank God for people like the Cajun Navy; but I did not become a prepper in order to rely on others to save me. I knew that I needed to have some kind of boat to save myself and my family with, if nothing else, an inflatable life raft, because I lived in a hurricane area. Not to brave a hurricane’s wind and rain, but to brave the resulting flooding.

Each of us, depending on where we live, faces possible natural disasters. With that being the case, are we not meant to have a plan to rescue ourselves from them? In the root cellar, pioneering families will go down to escape tornadoes. Can’t we at least do that well?

Related: Survival Tips for Before SHTF!

You’d better lay a general’s eye on your home if you’re planning on bugging in, then. Chances are pretty good that sometime you’re going to come under attack. It may not be within the first week of your survival saga, but, eventually, it will happen. Actually, the farther you go, the greater the probability of that attack.

In the aftermath of a tragedy, protecting yourself and your home isn’t the same as protecting it during normal times. To keep the criminal element out, you cannot rely on a deadbolt. For whoever wants to get in and get your stockpile, that is nothing more than another challenge. They can get through it, I tell you.

Do you really believe that a dozen armed people who are bent on killing you and taking what you have can be successfully fought against? I don’t think I am Rambo… not most days, at least. While I have a serious defense plan in place, a lot of it depends on getting my survival team with me there.

Related: A Prepper’s Guide to Bugging Out

However, here’s the thing; you’re a lone wolf unless the survival plans of your team involve getting together and surviving in one place. When your home is under threat, a team mate who lives across town will not do you the least bit of good. For that matter, if your town is big enough and your cars don’t have any gasoline, they’re not going to do you any good for survival.

I saw it again and again; survival teams dispersed across the area. It’s not a team, it’s a survival club, unless anyone has a place that’s large enough for them all to meet and live together. They could get together and talk about what they’re doing; they’re not ready to survive together, though.

Related: What To Do If The Biggest Civil Unrest Of Our Time Hits Your Town

Ultimately, most of us have the worst OPSEC that we say we have. Yes, I know I do. I have so many friends who have been at my home and who have seen what I do, though I try to keep a secret about what I’m doing. “Of course, I’m showing them my projects, because I’m trying to persuade them to become their own preppers; but there are too many of them whose plans are, “I’m just going to come to your place.

Trying to persuade others of their need to plan, without letting them know what you are doing, is tricky. But when things go wrong, each of those individuals who know are potential problems. At least some of them would think they should be able to force their friendship on you and get some help from you.

There are neighbors, too. Most of them, even though you’ve tried to hide it, know your business too. There are just so many things we all do that are obvious to those who look, and there are always those that are going to look. There’s someone who’s nosy in every neighborhood, and the same person is generally a rumor.

In addition to bugging out in the cabin in the woods, the only solution to these issues is to have some kind of plan to deal with them. I’m not talking about the strategy of “No, I’m not going to help you” that most of us claim we have. When our friends and neighbors start knocking on the door, I just wonder how well that’s going to work.

My solution to that issue is that large amounts of extra beans, rice and seed have been stockpiled. That way, without going into my family’s food stockpile, I have something to feed my friends and neighbors. Those buddies are not going to eat as much as we do, but they’re going to have plenty to eat. They will have seeds to plant as well, so they can start growing their own food. I’ll just point to my own garden if they complain, showing them that I wasn’t asking them to do something I wasn’t already doing.

DIY Rattle-Can Camo for Weapons and Other Gear

How to Plant and Grow Garlic