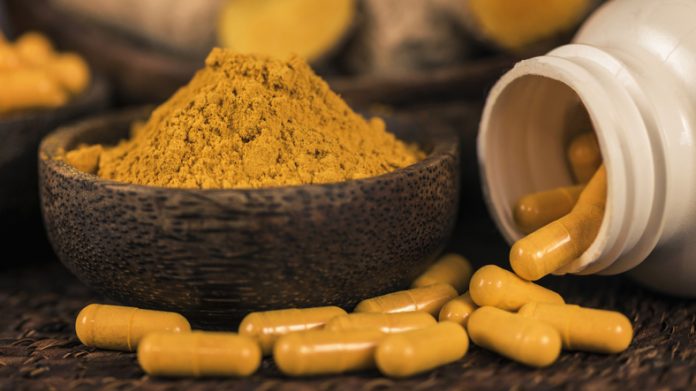 When you watch the news on every given day, it doesn’t take long to know that there is a worldwide epidemic of drug abuse. The usage is on the rise, as well as the exploitation of those who use it, prescribing it, or those who steal and sell it.

This does not mean, though, that there is no actual pain for people who use prescription drugs, in effect, it creates a greater need for medication to help alleviate the pain. But, does that need to mean a person has to succumb to prescription narcotics’ addictive properties?

No. There are other natural alternatives to pain relief. And, you can also make your own pain killers.

Turmeric is gaining popularity. Yes, it is more popular for cooking many dishes as a natural seasoning. But, it also has healthy benefits like reducing inflammation and pain relief.

A Little Background on Turmeric

As a member of the ginger family, turmeric is native to the Indian subcontinent and Southeast Asia. It’s also used for flavor and color in Asian and Indian cuisine, including curry dishes. The aromas have a bitter, but earthy warm, peppery, and mustard-like base.

But, turmeric also has the soothing power by curcumin, which is its active ingredient. Curcumin can lower levels of 2 enzymes known to cause inflammation in the body as an antioxidant. It can also help defend our bodies from free radical molecules which can actively kill our cells and tissues.

Curmeric may be taken in the form of a pill or added to a food or beverage. Many people take it and digest it in some way to help relieve pain and treat different conditions like arthritis.

But, cooking with turmeric every day can be a bit monotonous after a while And, how do you know which additional turmeric to buy? Well, you don’t have to worry, either, if you’re making your own.

Until we continue with the “how to”, a word of caution: Turmeric leaves a mark, an orange hue on most of the objects it encounters. So, it would be in your best interest to use gloves while dealing with large quantities of it, unless you like orange fingers! Also, work beneath your work area with an old towel or paper towel. In the end, you’ll be grateful!

Now, what do you need to make pain pills with turmeric? Not so much, just to be honest. But, every single ingredient is essential. Some ingredients that will be addressed below may be omitted in the actual pill, but it will still need to be consumed to make the pills the most effective. So, adding it to the pill just makes sense instead of your meals every time you eat.

You will need the following:

In addition to the above, you will need a mixing bowl and spoon.

Simple and few ingredients, but essential. As mentioned, some people only choose to use straight turmeric in their capsules, which is fine. But, coconut oil powder (a healthy fat) and black peppercorn serve their function in helping with absorption, allowing the turmeric to be more effective in alleviating pain. If you don’t add it to the pill, you should find a way to digest it each time you take a pill, which may be tedious and don’t taste all that great on its own!

So, on to the directions:

Step 1 – Mix the following ingredients in a bowl (will make approximately 100 capsules):

Step 3 – Once all the ingredients are blended well and the capsules are placed in the holes, pour the turmeric mix on top of the capsule maker.

Step 4 – Slowly scrape the mix over the holes to start filling the empty capsules, careful not to spill over the edge.

Step 5 – Using the tamper included with the capsule maker, slowly press down the mix in the capsules. Each capsule maker might have varying directions and appearance. But, the technique should be the same. This step will assure each capsule will hold the maximum amount of the turmeric mix.

Step 6 – After the first tampering, pour more mix over the holes it made, and repeat steps 4 and 5 as many times as it takes for the capsules to fill.

Step 7 – Once the capsules are full, place the caps on each capsule, making sure they are on securely to avoid coming loose and the content spilling out. This step is probably the most tedious and messy of them all. But, still well worth it to have your own homemade turmeric pain pills on hand.

And, for the best news…that’s all there is to it! A simple, fast, and healthy alternative to pharmacy and health store shelves. And, there are no drugs or chemicals that will relieve the discomfort.

Related: What You Should Know Before Stockpiling Antibiotics

Tips and Tricks to Remember

When making your own pain pills with turmeric, there are a few things to remember in obtaining optimum results.

Also, as mentioned earlier, about 100 capsules are made by this recipe.

How To Prepare For Water Emergencies

This Bug-Out Bag Is As Simple As It Gets

How to Safely Store Homemade Broth for 6 Months (No Canning...

50 Days of ‘Survival’ Calories with Rice and Beans