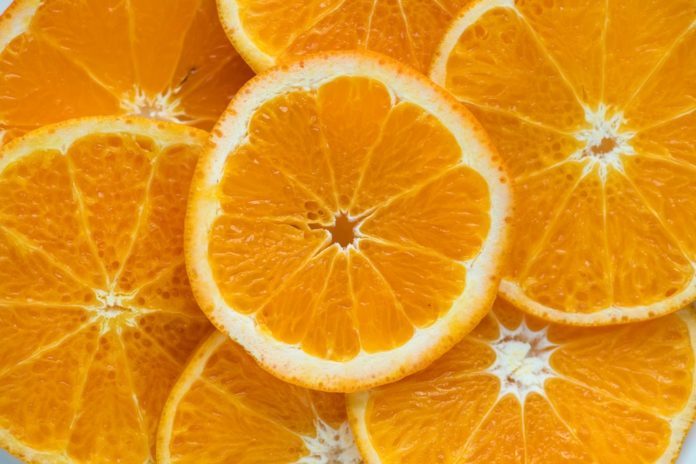 Following Benjamin Franklin’s saying, “An ounce of prevention is worth a pound of cure,” you can bolster your chances to avoid the headaches of cold and flu season by an intake of Vitamin C.  Every article I have written on supplements I have included the caveat of asking your friendly family physician for permission.  This is not to cover my backside (although it does help), but because there are many people who may have underlying health problems that do not permit the use of certain supplements.  If you fall into that category, then check before you indulge.

That being said, let’s discuss Vitamin C and the benefits that can be derived from its intake.  The normal “FDA Recommended Daily Allowance” is 60 mg per person per day.  It is hard to “overdose” from Vitamin C, as it is a water-soluble vitamin.  What this means is that any excess of it not utilized by the body’s metabolism is excreted in the urine.  As a “Nice to Know factoid,” all vitamins are water-soluble except for Vitamins A, D, E, and K, the fat-soluble vitamins.  These guys are taken in and then stored in the fatty tissues of your body.  A good acronym to remember this by is the acronym “All Dogs Eat Kids,” as a mnemonic to help you recall this checklist when buying your vitamins.

The common cold occurs as exposure to the cold virus (usually of indeterminate type or origin) and then can progress to a bacterial infection when the tissues of the nose and throat are weakened and permit entry of bacteria.  Secondary infections, replete with blood and purulent discharge (pus) then follow.  Truly a miserable one-two punch but with proper planning, you can prep for this season!  Linus Pauling (a double Nobel Laureate: for Chemistry, and also the Nobel Peace Prize) recommended daily intake of 70 to 250 mg of Vitamin C, also known as Ascorbic Acid.

This recommendation came not only as an answer to the common cold.  Pauling found in his research that Vitamin C is very important for wound healing and recovery from burns.  The pioneer in the field was Dr. Irwin Stone of Staten Island, New York, a biochemist.  His principal thesis based on studies and research conducted for more than thirty years concluded that the FDA recommendation of 60 mg was inadequate.  Dr. Stone determined the optimal amount of Vitamin C for the human body is between 3 grams and 5 grams…. translating into 3,000 mg to 5,000 mg.

Dr. Stone recommended a regimen of taking 1.5 grams (1,500 mg) of high-quality, high-level ascorbic acid in the form of a powder as a standard daily dose, taken in water or juice.  His self-tested method was to take 1,500 mg whenever the symptoms of a cold developed, and then repeating this for a total of (3) doses given with one hour in between each dose…until the symptoms abated.    In 1968, a Dr. Edme Regnier discovered that large doses of Vitamin C were effective both in preventing and treating the common cold, and his research completely corroborated the work of Dr. Stone.  His studies arrived at these results over a five-year period.

Dr. Linus Pauling (mentioned earlier) in his pioneering work also defined Orthomolecular medicine as the “preservation of good health and the treatment of disease by varying the concentrations in the human body of substances normally present in the body required for health” in 1968.  His work and research with Vitamin C is a study in holistic health that was taken very seriously by a young New Yorker who eventually earned a Ph.D. in Epidemiology from Berkeley in California.  That New Yorker, a Michael Weiner wrote several books based on Pauling’s studies and is today best known on his talk radio show as Michael Savage.

The good thing about Vitamin C is that it is a “wonder-vitamin” that is not dangerous nor invasive.  It does not come with the problems associated with other treatments of antibiotics and pharmaceutical regimens and can be readily found in vitamin form and by consuming foods rich in it such as fruits and vegetables.

One of the problems people face with nutrition in terms of vitamins and supplements is that they feel the need to have some “central authority-figure” certify their every move and consumption of them.  Although we mentioned there are some people that need to consult the doctor first, these are people with specific health concerns.  Ben Franklin also said, “In this world, nothing can be said to be certain, except death and taxes.”  You can use Vitamin C as a powerful aid to prevention and treatment of colds during the cold season.  It is not a “certain” cure-all, but it certainly will benefit you and is not dangerous as are many prescribed medications out there on the market.

These pioneers in medicine, such as Dr. Stone, Dr. Regnier, and Dr. Pauling all took a chance and went against the traditional medical establishment.  For every man or woman who states, “I can!” there are at least a hundred telling them that they can’t.  Advances for the entire human race are only made because a few take chances and learn from the failures and successes.  This is the spirit that will allow survivalists to survive what is coming…to rely on knowledge tested and earned by the exertions and sacrifices of others…so that we don’t have to continually reinvent the wheel.  Keep in that good fight, and fight to win.

5 Forbidden Remedies That Should Be Legal

The States with the Most Medicinal Plants. Do You Live in One of Them?

How Will You Treat Your Current Ailment When The Medical System Collapses?

How To Fight Colds and Flu At Home

How To Choose The Best Tactical Knife

How To Tell If Your Frozen Food Has Gone Bad