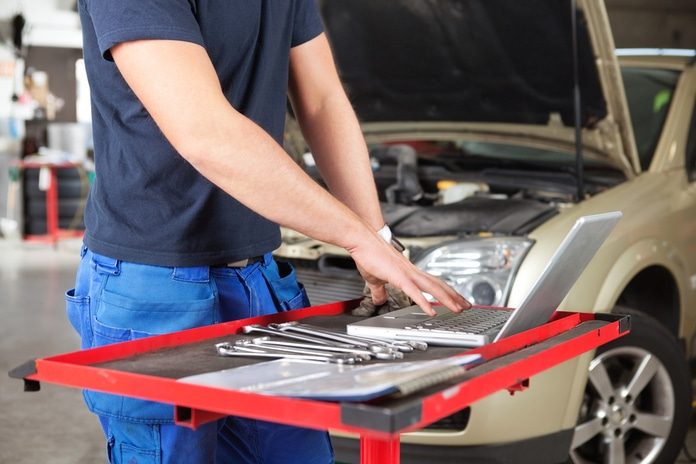 When I was but a tyke, dad kept telling me that when I’ll grow up and have my own house and family, the best thing to do would be to repair and reuse rather than discard and buy. In retrospect, I have to admit that I didn’t grasp the meaning of his words until my first kid was born, and most of my money was discretionarily directed towards the kid.

That’s when I realized the full potential of R&R (rescuing and reusing). And yes, with plenty of patience and a little bit of know-how, any item can be restored to its former glory and, well, reused. Which brings us to the topic du jour; rejuvenating and reusing old and nearly-dead car batteries.

Most of you will agree that car batteries aren’t exactly cheap. Still, a great deal of drivers chooses to swap them with a new one rather than attempting a complete restoration. Why is that? Because doing what I’m about to show you is a time-consuming process and potentially dangerous if you fail to observe some basic safety precautions. Don’t worry; nowadays batteries are safer compared to the ones which powered our car in the ‘90s and ‘80s.

Perhaps you’ve heard stories about some unfortunate soul who managed to set his house on fire while attempting to recharge a car battery. The odds are negligible in this case, but this doesn’t have to deter you from observing the safety precautions I was talking about earlier. Anyway, without further ado, here’s what you will need to do in order to restore an old car battery.

For the restoration process, you will need the following tools and materials:

All done gathering the necessary materials for your project? Marvelous. Please follow the steps below to rejuvenate your old battery.

How to restore the car battery

Before we delve into the restoration process, we should talk a bit about why you need those tools. As you know, car batteries contain two components: lead plates and acid. Over time, the plates become enveloped by sulfur. The process, which is called sulfation, hampers the device’s electrochemical reactions. In other words, it’s not able to produce electricity.

Keep in mind that although sulfation is what you might consider an aging-related process, the battery’s components can also become damaged due to mechanical shock, exposure to extreme weather conditions, or improper storage. The restoration process I’m about to show you can extend the battery’s life by at least of a couple of years; which is pretty good news considering that new battery can cost at least $200 if not more. With these in mind, here’s what you should do to rejuvenate that battery.

Step 1. If the battery is still hooked to your vehicle, turn off the engine. Allow it to cool for at least two hours. Otherwise, bring the battery to your workbench. When taking out the battery from your car, disconnect the cable connected to the negative terminal and then the positive one. Carry the battery to the workbench; careful not to throw your back because the device is heavier than it looks.

Step 2. Look at the top part of the battery for some plastic caps. There should be at least six of them. Carefully remove the caps by hand. If they don’t budge, use a flathead screwdriver to pry them out. Beneath these plastic caps, you will find the battery’s power cells.

Step 3. It’s now time to unseal the power cells. Using your power drill, make holes in the mark. Careful not to drill too deep. Also, please don’t forget to wear your safety goggles while performing these steps.

Step 4. Place the battery inside your non-metallic container.

Step 5.  Flip the battery. The unsealed cells should be facing upside down.

Step 6. Gradually add sodium bicarbonate to the container in order to neutralize the acid. To remove the acid from all the cells, please repeat the steps above.

Step 7. Cover the storage container to allow the bicarbonate to do its job.

Step 8. Prepare the restoration solution. For this, you will require Epsom salt and lukewarm distilled water.

Step 10. Pour the solution into the battery’s cells and stir using a wooden handle or stick.

Step 11. Allow the solution to sit in.

Step 12. Connect your battery to the charger.

Step 13. Connect the negative cable and then the positive one.

Step 15. Turn on your charge. Keep the battery hooked up to the charger for 12 hours. When it’s done charging, disconnect, and use the spare cell plugs to cover the holes.

That’s it on how to restore and reuse an old car battery. Now, in order to extend the battery’s life, you should perform this procedure once every week for approximately four weeks to ensure that there are no more sulfur deposits. Although this method can buy you some time, there’s so much a battery could take. So, consider setting some cash aside to purchase a new battery. Yes, I know that it’s not what you want to hear, but, then again, everything in this life is fleeting, and batteries make no exception. How did this experiment work out for you? Shoot me an email and let me know.

Signalling Techniques That Could Save Your Life