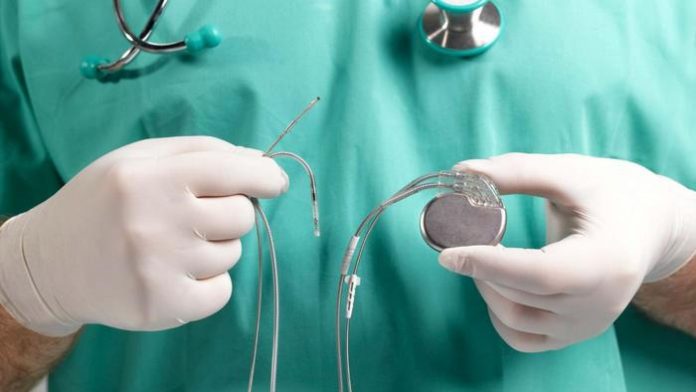 The talk of the town, besides auto loafing weapons, still nukes from North Korea. Besides the standard fall out, a massive dose of gammas, Thermo destruction, and flash damage. We have to deal with EMP.

The complex long answer is. It may and may not, depending on the device manufacturer, the type of device age of the device, the health of the patient and dozens of other items.

So back in the 1980s and 1990s, the Army actually did some basic groundwork on seeing what would happen when a pacemaker was exposed to the various forms of EMP.
The study showed that the “newer” devices of the age actually had pretty decent resistance to EMP.

As the devices progressed in complexity the EMP resistance decreased with the addition of the computerized electronics. By 2002 the entire device industry was at its lowest level of protection from an EMP attack. At this time the devices were chock full electrical leaks. In 2004 the first experiments in making pacers MRI proof were started.

There have been about a dozen nuclear weapon tests that have been conducted to verify that the theory behind EMP was correct. For two reasons: 1) to determine if EMP was worthwhile as a weapon & 2) To find out what the effects were that we had to defend against & how serious they were.

Once the US found out what the threats are & that they are indeed real, a simulation lab was built to further examine the phenomena w/o using a nuke.

All the tests using nuke warheads were conducted by firing a weapon straight up (or nearly so) & were conducted in the middle of the Pacific Ocean by the US & over a vast, empty area in Central Asia by the Russians. 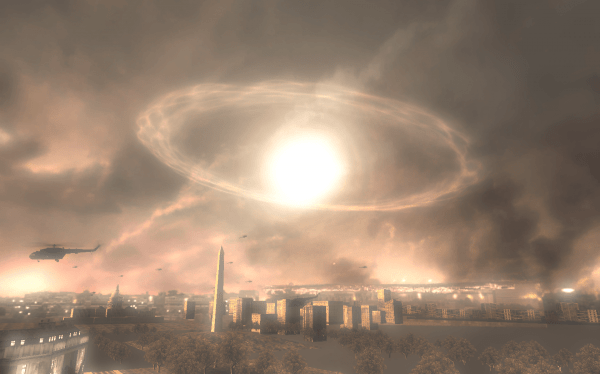 The weapons were detonated well above the atmosphere – 60 Km – 300 Km in altitude. The weapons varied from some 10s of Kilotons to several Megatons (Kilo = 1000; Mega = 1 Million) The results were not surprising in what happened, but rather the MAGNITUDE of the results. In some cases, very much greater than expected. For instance, one rather small warhead detonated over Johnston Island, about 750 miles SW of Hawaii could be seen in Hawaii & the pulse destroyed about 300 streetlight bulbs & melted some fuses & connectors in the power dist grid. This was in the 1960s.

At about the same time, the Russians detonated a weapon high above Central Asia & melted several thousand Km of electric power lines, burning out the very large circuit breakers installed to hopefully protect against that effect. Apparently, it also caused a fire in a generating station.

So what does that all mean to the US today? A lot & a little!

1) An Electromagnetic energy pulse is a VERY short burst of energy. Our pacer uses a “Pulse” of about 4 milliseconds. Some are programmed higher some lower depending on the patient’s heart. Think that’s fast? A sluggard to the width of the EMP initially coming out of a nuclear weapon. Its time-lapse is about a nanosecond = .000000001 seconds. So there’s a whale of a lot of energy released in a very short time – initially. Far more than ever seen on earth. Go back in history to Hiroshima. That bomb generated about as much energy in that first nanosecond – but it was stopped by many factors, so it did not affect people or things as terribly as the space explosion could. 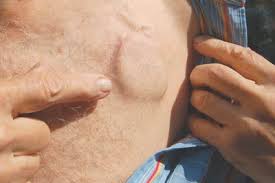 Yes, some people died from a Massive dose of Gamma rays – rays not unlike X-rays, but significantly more dangerous. Someone said that the radiation would not kill a person. From near ground bursts (NOT in outer space) it’s possible to get a dose of Gamma rays that could kill in less than 5 hours. If you were in outer space, but out of range of the explosion shock waves, the amount of radiation would probably kill you instantly. In space, there no people – we are all on the ground. The pulse travels in straight lines outward – most of them in space where there is little matter to stop them. The radiation on the ground immediately beneath the explosion is negligible. But the devil is in those Gamma rays that stay in space. They interact with what little atmosphere and other normal space dust creating secondary, tertiary and even quintierary radiation Basically knocking all sorts of negatively charged particles and exciting them even more. They get accelerated to about light speed and then crash into Earth’s magnetic field, producing the EMP. That pulse travels downward, hitting the ground for a very short period of time. That will fry some electronics – especially unshielded semiconductors. There are other effects, but the pacer is the one we care about. It is like I said before it is in its own Faraday cage.

There follows another pulse of energy, of the same nature, lasting some tens of seconds after the burst. IT also comes after a delay because of some esoteric causes involved in the mechanics of a nuclear explosion, which is nearly as hot as the Sun. It also tends to be lower in frequency than the initial pulse. Finally, comes a third “Pulse.” Hardly a pulse because it can last many minutes to several hours. And here lies the real trouble for people on earth. This is the one that has the lowest frequency energy in it that fries power lines. And does it ever do a job on them? This is the pulse that fried the Russian power lines. This is the pulse that would bring the NORTH AMERICAN power grid to its knees in a puddle of molten copper. And there would not be the first sign or symptom of blast or heat damage.

Related: 10 Ways To Make Your Home Impenetrable after an EMP

How do you ask if you’ve read this far? Simple. Ever see a TV antenna on top of a roof? How ’bout a TV transmitter? Or an AM radio tower. Notice how tall an AM radio tower is – hundreds of feet. The TV antenna is composed of a series of conductor tunes a foot or two. How about the XM or Sirius radio antennae? Only a couple inches in length.

All those antennae work because they are “Tuned” to the frequency they wish to receive. The longer the antenna, the lower the frequency they are sensitive to. So the electric power lines are extremely long – they would be tuned to a very low frequency & that frequency energy is present in an EMP – by the boatload, so they react to the pulse that induces a very strong current in them, heating & melting the wires.

Back to our pacer. It has leads that can act as antennae for the initial & middle pulses. They could get hot & melt. Except for one thing. The PM is in a conductive can that acts as a shield at the frequencies involved in an EMP. The leads are likewise shielded. PLUS – the leads have to be oriented just right for anything to happen to them catastrophic. Just right means they have to be perpendicular to the direction of travel of the pulse. They also have to have the correct length oriented in that direction to be tuned to the pulse. Remember the radio antennas and tuning. 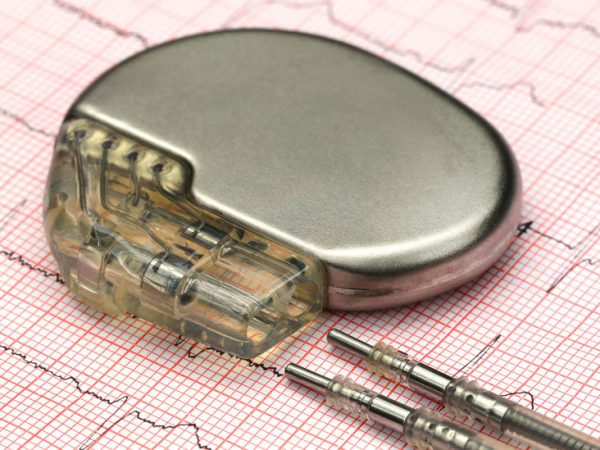 In the Army tests conducted in 1991, they found disturbances lasting only a few seconds occurring in a PM’s output. That’s just a couple heartbeats.

What the Army told us is that the danger to the PM is overblown, so relax.

You may not come out of an EMP w/o any effects, but for most of us, nothing catastrophic.

To get that nuke blast at the right height above ground & at the correct spot in space to affect the US Midwest would require an intercontinental missile. The terrorist rogues have not yet demonstrated the capability to do that from their home turf. Now our little friend that is height and width challenged and needs a new barber may be able to do that. NOTE It cannot be generated with a ground burst. Yes, they do generate an EMP Wave set, but they are very local.

When I wrote that 4 years ago Medtronic a pacer manufacture was getting final approval on the first MRI safe pacemaker and leads. A tiny modification of the can (device) and lead totally eliminated the super heating of the metals that happened during an MRI. Needless to say, more recent tests of pacemakers have made them, even more, EMP proof. As of today 99% of people who get a can made by Medtronic, Abbott/St. Jude or Boston Scientific get an MRI Safe can and leads MRI is just another Electromagnetic Pulse. Even devices that are not listed as “MRI Safe” with the modern shielding they have to protect them from electrical noise should protect them As we talked about above the only way a pacemaker or person should be damaged by EMP is if the pulse wavelength is tuned to the length of the leads and a person is in perfect orientation to the detonation.

Related: How to Survive an EMP

So please quit trying out foil suits or as I have seen online little foil patches that cover the chest around a device. Or worse yet have their device removed. Yes, EMP is something to be taken very seriously. But there are really a lot of bigger things to worry about than our plump little friend with a bad taste in hairdressers. 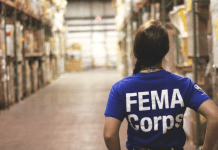 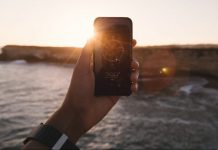 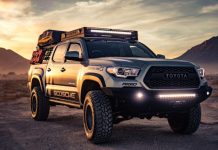 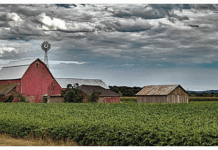 5 Worst States for Preppers to Retire 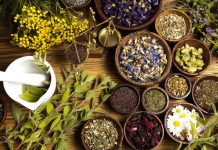 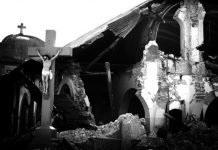