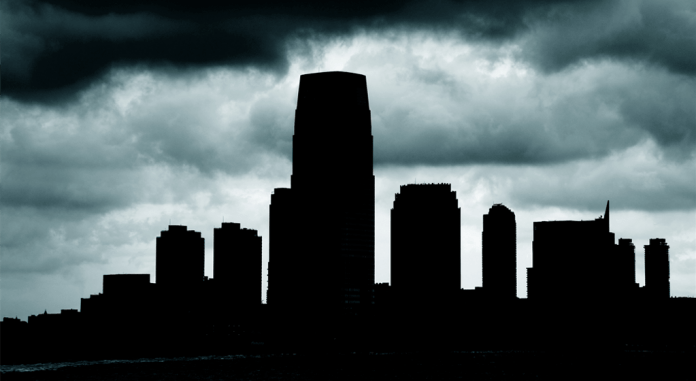 Would you know how to diagnose an EMP strike within five minutes of the event? Do you know the steps to take to be sure it’s not just a power outage?

The threat of the EMP can come from the life-giving sun or from nuclear weapons. The worst part about a weaponized EMP or HEMP (High Altitude Electro Magnetic Pulse) is that it has the potential to come without warning.

The direct threat to human life does not come from an EMP itself. Rather, it comes from a tidal wave of circumstances that will follow. If the attack is placed properly, or if there are multiple, the three major power grids of the United States could be destroyed. That means a nation without power and there is nothing we take for granted more than light switch and a water faucet.

The good news is that tech and early detection are working together. The most recent SpaceX launch was a success and its payload, headed to deep space to provide warning of solar storms that could potentially create and EMP. Some people are paying attention.

After an EMP most preppers will look to take shelter at an undisclosed bugout location. This is because there will be many threats that soon follow a world without power.

Maybe, in that order.

So, what on Earth do we look for to tell us an EMP has struck and everything has changed?

The precious moments between the time the lights go out and when you get on the road to safety will make all the difference. If you are on the road or making moves long before the rest of the panicked nation, you will at least be able to survive the early stages of a nationwide, catastrophic EMP.

While you might be looking for information to aid you immediately after an EMP, we are preppers so there are things that need to be done long before an EMP strikes.

Whether you know it or not there are ways of staying on top of the threats posed by an EMP. While many will point to HAM radio to get intel during a disaster, remember, after an EMP your HAM radio is going to be out of order unless you take precautionary measures. You will need some sort of Faraday cage or bag to store your precious electronics in.

Are you familiar with NOAA Space Weather Prediction?

You can see up to date information of the sun and its patterns. This could give you a heads up when dealing with a sun born EMP.

Of course, this will not protect your against and EMP that is triggered by a nuclear weapon. That threat is harder to identify.

A relatively new idea, threat alert systems do some of the leg work for you. The best ones look at a variety of threats and intel from all over the world and determine the risk. These systems could be just what you are looking for if you are a little too busy to deal with crawling the internet for information.

There are lots of agencies like the DHS that offer free alert systems. You don’t have to pay for anything. Still, these small alerts could alert you to a serious storm in your area or the threat of a terrorist attack.

There is one telltale sign that you are dealing with an EMP and not a power outage, it will reveal itself early on.

I read a lot of articles about EMP preparedness. A lot of them talk about an EMP strike happening at night without much of a change to the outside world. Its often depicted as the street lights go out and never come back on.

If an EMP hits near a highly populated area it will  create a power surge. We know this because of what happened to the telegraph lines during the Carrington Event in the 1800s. People operating the lines were shocked and some even caught fire. Now consider that on a grand scale with transformers and substations going BOOM!

These power surges would affect the area around you and it would be a pretty terrifying situation. It might even seem like a bombing with a succession of flashes and booms happening in a short time frame.

An EMP hitting a targeted area will cause these damaging surges. These surges may not happen in all areas but if you experience something like this, it will be a good sign that something more than a power outage is afoot.

Related: 10 Ways To Make Your Home Impenetrable after an EMP

#2. Check the breakers to be sure its not just your home.

#3. Check your phone as it is a close by device that is not tied to your homes power.

#4. If none of that is working its time to go check your vehicle. The car and the radio in the car will be worth checking. If both are out its time to get worried. Here you can find a couple of affordable vehicles that can survive an EMP.

#5. You may want to do one final check with a neighbor to follow up just in case it’s an extremely rare coincidence that your car battery died, and your phone ran out of charge at the same time as a local power outage.

#6. Finally, if its night time, look to the horizon. Because of the surges we mentioned earlier there will likely be fires. There could be many fires and in a blacked-out night sky, following an EMP, fires will be easy to notice. If you see a glowing horizon that is another great sign.

Very rarely do we see fires that stem from normal power outages. The idea that all those items could be out of power at once is so improbably that you better take it very seriously. If steps 1-6 yield poor results, its time to take action.

The first thing people will notice is that their cell phones aren’t working and that will make everyone scared. While they are panicking you could be making your next move.

It will only take weeks before areas are completely shifted into disorder. The food will be gone in days and once people realize the water is not safe to drink everyone will get desperate. Make every adjustment you can to get away from crowded areas and find a place with a natural water source to start your new life.

Some experts estimate it would take 4 years to fully repair the electrical grid after something like this. Who is going to be alive after 4 years? Not many. No, an EMP means you get clear of crowded areas and do your best to survive the new world.

The Many Survival Uses of Wooden Ash

This Common Driveway Weed is One of Nature’s Most Powerful Survival...

How to Survive Diseases In Case Of Disaster