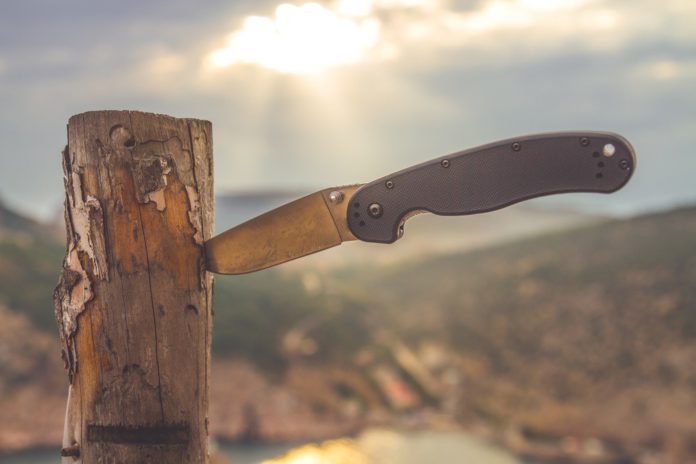 For those looking to dip their toes into the waters of readiness and preparedness, the EDC seems to be the perfect fit. The EDC or Every Day Carry is a collection of items that you carry on your person every day that can provide some sort of benefit in an emergency. Pretty straightforward, right? Well, recently the EDC has taken a decidedly tactical turn and many people are embracing it.

The EDC concept is nothing new. You might leave your home with a purse, wallet, keys, phone, and laptop each day. That is your personal EDC. It doesn’t have to be this 007 Bond style collection of gizmos. Still, having some sweet tactical gear with you every day can be fun and provide an added level of safety.

Unfortunately, with an increased awareness of things like shootings, abductions, and general crime, many people have decided its time to put away the cell phone and start carrying things that will actually protect them.

If you like the idea of adding a little tooth to your EDC then you are going to love what we have for you.  Below you will find a number of tools and categories through which you can add a more tactical approach to your EDC list.

Our goal with the recommended items is to create something that could hit the high notes of a covert scout EDC or a kit that doesn’t make you look like a soldier but allows you to do most of the things you will need to in a serious disaster or attack.

To achieve this, we have to look at combining elements from the EDC world. We need to include things from across genres and in doing so we can create the perfect EDC for someone who wants to maximize their response in disaster time.

Your EDC for self-defense requires some thought and legal consideration. This is particularly true if you are going to carry a firearm or a knife. Carrying a firearm is a complicated issue in America. The laws vary by state and your CCW permit might cover you in one state and not the other.

Of course, you have to be aware of where you are allowed to carry concealed as well. These are all very important things to consider because you could stand to lose a lot if you are caught breaking these laws, whether intentionally or not.

One obviously assumes tough laws when it comes to firearms but there are also rules for blade carrying in states as well. They differ just as wildly. You need to be very careful about what you carry and get to know the laws in the state you are carrying.

For those choosing to carry, Alien Gear offers incredible IWB (Inside the Waist Band) and OWB (Outside the Waist Band) holsters for firearms and these could become a very important part of your EDC gear. Here are a few other ideas for self-defense EDC items.

The world of escape and evasion offers a number of tools that are small and easy to conceal and carry. One of the most effective and common is a simple handcuff key. These can be had for a very low price and some are even designed to slip right over your belt for concealment.

Other escape and evasion tools that would fit right into your EDC would include things like:

Any of these times are going to give you an advantage against things like restraints and other terrifying situations you might find yourself in during an escape and evasion situation.

Communication should certainly be a part of your EDC. Now, you can go as far as you’d like with this concept. Most people are meeting a minimal requirement by carrying a cellphone. If you want to go above and beyond there are plenty of other items, you could include beyond just the cell phone.

Since we are on the subject communications we should also talk about the goTenna. The goTenna gives you the ability to create your own network to communicate on. This network relies on a number of people carrying the goTenna which fits on their keychain. In a disaster where cell signal is lost, you can tap into your goTenna network and make phone calls.

If you are deep into prepping than you are probably aspiring to act more tactically as well as carry more items on your person to react in times of disaster. While recent shows may have framed preppers as more extreme, what you find when you meet them is that they are merely concerned citizens who want to protect their family in modern times from modern threats.

How Will You Up your EDC Game?

It will be up to you to decide what you carry and what you value. No matter where you end up in this decision you must commit. Your EDC is meant to be carried every day. No matter the situation, you are making a commitment to readiness. Be the person who can act when everyone else is panicking.

Below, is a quick mock-up of an EDC for the Covert Scout. Just a quick idea of how much you can cover with an EDC and how effective you can be.

In this loadout, I am going to include a bonus EDC which is optics. You don’t think of this very often but if you are going to carry like a Covert Scout than you need some glass to scout with!

How to Prepare For Hurricane Season