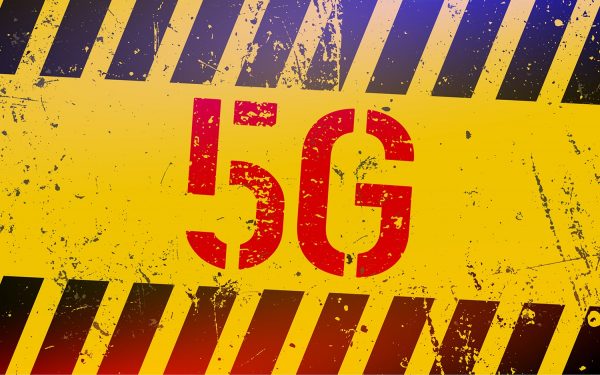 The smartphone has become an integral part of our everyday lives. Since 1983, when the world’s first cell phone was introduced, these amazing devices have shrunk in size, while increasing in capacity. Today’s smartphones have more computing power inside of them than the desktop computer of a generation ago. Tied to a massive, worldwide wireless phone network, the smartphone has become not only a multi-media communications nexus, but fulfills many other tasks in our lives.

What’s different about this new 5G system? More than anything, it offers wider bandwidth, which translates to more information being transmitted over the system. We’ll see that manifest itself as a faster response to the multitude of data we search out on the internet.
Part of the driving force behind this changeover from 4G to 5G isn’t faster download speeds on our smartphones though, it’s the internet of things (IOT). As more and more devices are being built, which have their own autonomous connection to the internet, that wider bandwidth is needed. Otherwise, we humans, the masters of the internet, will find ourselves being crowded out by the things we are connecting to the internet.

As part of this change, we’re going to see many more cell phone towers… or perhaps we won’t see them. They’ll be there, all right; but we may not notice them. That’s because these new “cells” will most likely have their smaller antennas mounted on light poles and traffic signals, rather than on use-specific towers. So, while we will be surrounded by them, we may not notice it.

The Danger of 5G

Fifth-generation cell phone systems, like all previous versions, will operate off of radio waves; otherwise known as electromagnetic radiation (EMF). In order to provide continuous coverage, this EMF will, of necessity, be all around us. But it already is. Even before Marconi invented the radio, we inhabitants of the planet Earth were exposed to EMF from our Sun. However, mankind has greatly increased the amount of EMF in our atmosphere through the use of radio, television, remote controlled devices, WiFi and now our cell phones.

We are constantly being bathed in a sea of EMF. There are those who see this as a danger; that the constant assault of EMF is killing us. While there are no definitive scientific studies which conclusively demonstrate any correlation between EMF and health issues, and only a few which give any indication of a possible correlation, the idea persists strongly in some circles.

There are two basic variants of the story going around about the dangers of 5G. The first is essentially the same as is being used with smart meters. This variation equates electromagnetic radiation with nuclear radiation, saying the two are essentially the same. They aren’t, but to those who don’t know the difference, the arguments being used can be pretty convincing.

The second variant of the story equates EMF with microwaves. This variant is at least a bit more scientifically accurate, in that the frequency that cell phones operate under falls within the wide range of frequencies (300 MHz to 300 GHZ, or 1 m to 1 mm, which are labeled “microwaves”.

But now we get to the misunderstanding. To most people, the word “microwaves” refers to the microwave oven in their kitchen, not to EMF. So, when people say that 5G cell phones produce microwave EMF, they automatically think of those radio waves cooking their brains.

They aren’t the same though. Microwave ovens operate at a very specific frequency, 2,450 MHz. This specific frequency is necessary so that it can cause dielectric heating of water, as water is in all foods. Without getting into technicalities, a specific frequency is needed, so as to cause the water molecules to generate the movement of those molecules, turning back and forth. It is this turning that converts that microwave EMF energy into heat energy.

Since the EMF of cell phones doesn’t operate at this frequency, it doesn’t cook our brains.

To be honest, this is an area which hasn’t been studied enough to come up with any hard and fast conclusions. It may be many years before we know for sure whether the EMF from our cellphones and from the rest of our appliances for that matter, are harming us. Sadly, the way we will probably find out is through a statistical increase in certain kinds of cancer or other disease.

Some have stated that cellphones cause a type of brain cancer called giloma. One study shows that the highest possible rates of exposure increase the incidents of giloma and that the giloma would be found on the same side of the head that those people hold their phone. However, the same researchers making that report state that there is not enough of a connection for them to conclude that it was caused by cellphone use, probably because of the relatively few cases they were able to get data from.

How Can We Protect Ourselves?

With the possibility that EMF from our 5G cellphones causing us harm, some would say that we need to protect ourselves, just in case. I won’t argue that; it’s something you must decide for yourself.

But that doesn’t mean that it’s tin foil hat time. While a tin foil hat would protect your brain from all sort of EMF, there really isn’t a need to go to that extreme… at least not from your smartphone. There are simpler things you can do, without having to have people look at you strangely, because of your tin foil hat. Of course, if you want that, go for it.

Radio propagation or EMF operates under a physical law known as the “inverse square law”. Applying it to this situation, this tells us that as we double our distance from a radiation source, regardless of what type of radiation, we quarter our exposure to it. So, the greater a distance we can have from the source of radiation, the less impact it can have on us. Based on this, there are a number of things we can do, to lessen any potential impact the EMF from our 5G phones (or any other cell phone) can have on us:

While there is no guarantee that any of these steps will make a difference in your health, they will help to eliminate the potential risk from EMF. Considering that we don’t know what that effect is yet, these simple steps are probably worth doing.

6 Best Guns to Have After an EMP

10 Ways To Make Your Home Impenetrable after an EMP

Things You Won’t Find in the Aftermath of a Hurricane

How to Make Your Knife as Sharp as the Devil Himself

Reasons You Should Build a Greenhouse