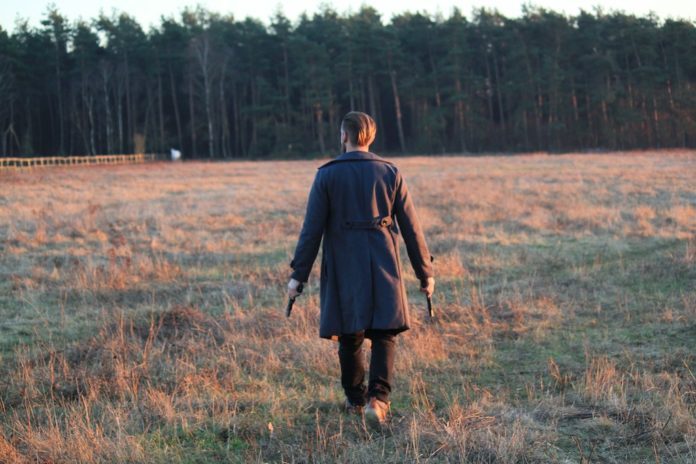 When most people imagine various survival scenarios that they could find themselves in many of those scenarios include isolation. That’s not surprising, considering that many of the survival stories we hear about in the media involve people who escaped the hazards of the wilderness all by themselves. Those stories are often the most harrowing and interesting.

But when people consider prepping for those scenarios, they usually don’t think about some of the difficulties that come with surviving by yourself. I’m not talking about the difficulties that are associated with pulling off challenging tasks without the help of a friend. I’m talking about the crushing mental anguish that is inevitable when you haven’t seen another person for days or weeks.

The average person probably doesn’t appreciate just how important social interaction is for their well-being. They know it’s important to some degree, but they don’t realize that it’s vital. It’s just as important for your health as food, water, and shelter. Maybe you don’t believe me. You think that you’re an introverted loner who doesn’t need people. Or maybe when you think about an apocalyptic scenario, you have romantic notions of being some lone wolf badass who can take care of himself (it’s almost always a “he” who thinks that).

But consider this. In prison, how do guards punish unruly prisoners when all other forms of discipline have failed? They throw them in solitary confinement for days, weeks, and sometimes even years, where their only contact with other people is through letters (if they’re lucky). In a place that is brimming with murderers, liars, thieves, gangs, drug pushers, and rapists, the absolute worst punishment you can inflict on a prisoner, is to separate them from those dangerous criminals.

Let that sink in.

Social isolation can be crippling. It can cause depression and anxiety and can deplete your self-worth. When it’s coupled with a lack of stimuli, (like say, from hunkering down in a shelter for days or weeks) it can cause insomnia, paranoia, poor impulse control, aggression, hallucinations, and memory loss. In other words, it causes you to behave in ways that are not conducive to survival.

So if you’re going to prep for any survival situation, you have to prep for the possibility that you’ll be on your own for a long period of time. You have to figure out how you’ll stay sane when you’re your own company. And how do you do that? Take it from prisoners who have actually been locked up in solitary confinement for long periods of time.

Wrongly convicted inmate Shujaa Graham found solace in routine while he was in solitary. Graham; who’s now 62; spent three years in solitary on death row after he was framed for murdering a prison guard.

“I kept myself occupied;” he said. “I programmed myself.” He woke up at 5 a.m. every day and did exercises like jumping jacks and push-ups. Then he’d sponge himself off in his sink. Later in the day Graham went into a deep meditative state; pretending to visit his mom and other family members.

Vietnam prisoner of war Tom Moe didn’t see; hear; or talk to another American for months during his captivity; according his account in Notre Dame Magazine.

During his time as a POW; he made sure his mind was always occupied. He designed and built 10 houses in his mind; he wrote. And he constantly made lists — ticking off candy bars; countries; and the capitals of those countries.

And in most accounts of people who have survived solitary confinement, you’ll find similar themes. They use their imaginations to challenge themselves, they meditate, they find some way to express themselves through writing or drawing, and they exercise.

They maintain a strict routine, which is very important since isolation makes you feel like you’ve lost control of your life. A routine establishes that feeling again. And perhaps more importantly, a lot of prisoners plan for the future. Not only would that make good use of your time in a survival situation, but again, it helps you feel like you have control again.

Make no mistake, social isolation is no joke. It can utterly destroy the mind. If you don’t take any measures to exercise your mind and body in a survival situation that leaves you all alone, then nothing else will keep you alive.

26 Ancient Remedies That We Lost to History

15+ Survival Items To Keep In Your Car At All Times...

The Only Knots You’re Going To Actually Use In A Survival...