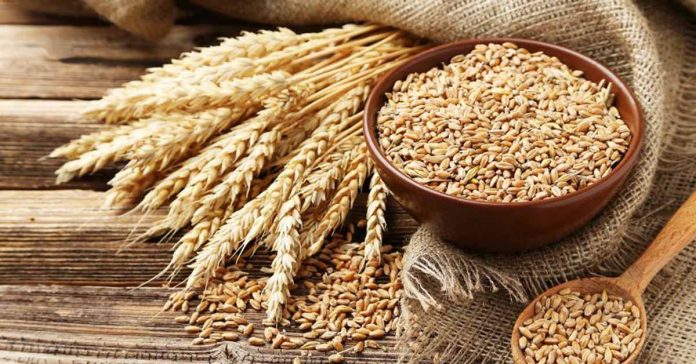 Although wheat is the cornerstone of a prepper’s food storage, many don’t understand why they should have a bunch on hand, or even how to use it if the SHTF. It certainly feels like every single preparedness author out there recommends the storage of hundreds of pounds of wheat, but why? And what can you use it for?

The first reason and maybe the most obvious one as to why many suggest storing wheat is because it has a long shelf life. Hard grains, (which include more than just wheat) such as buckwheat, corn, flax, mullet, Kamut, spelt, and triticale, if stored properly, have an average shelf life of 10 to 12 years, however, this can be increased to 30 years or longer. Not to mention wheat is fairly inexpensive and storage isn’t all that difficult. It’s actually pretty easy to add to your food storage, as many have discovered. To ensure the proper long-term storage of grains, use the following:

But is there more to it than the storage longevity, a relatively low cost, and ease of storing? The simple answer is yes.

Who wants to be hungry, especially in a time of difficulty? The extra activity and stress can cause an increase in a person’s appetite. But whole wheat bread or other whole wheat foods can more quickly fill those ravenous and hungry stomachs. High-fiber foods such as whole grains help provide a feeling of fullness with fewer calories. Many of the freeze-dried gourmet meals out there are light in calories and meal plans often provide for only two entrées a day, leaving those who require more food on edge with a slight hunger. (Anyone with children has likely experienced their child getting “hangry”: a term used when someone is so hungry they become angry as a result.) But even though wheat is low in calories while helping maintain that “full” feeling, it is actually surprisingly nutritious too. Some argue that humans shouldn’t consume wheat because of the gluten in it, and if you have Celiac disease, that is the case. Wheat has been a part of the human diet for much longer than 10,000 years and packs a nutritional punch. There is a benefit to eating whole grains as opposed to those which have been refined and bleached in the store. Grains are a great source of many nutrients, including fiber, B vitamins (thiamine, riboflavin, niacin, and folate) and minerals (iron, magnesium, and selenium).

So you’ve stored 100 pounds of wheat. Now, what do you do with it? Your first step is to get a grinder so you’ll be able to make flour. Make sure you’ve got a manual one so it’ll work in times when the grid is down. One tip is to only grind up the wheat as you use it because it loses its nutritional value as it oxidizes after being ground. But why not put that solar over to use if you’ve got one? If you don’t consider investing in one. They are a great option for an SHTF situation and can be used for much more than cooking. But give some homemade bread in a solar oven a try!

Combine thoroughly water, yeast, sugar, salt, and oil and allow 15 minutes for them to sponge. Add your flour. Mix well and then leave set to rise for roughly 20 minutes. Once risen, pound it down and split the dough in half to place in two loaf pans. Preheat the solar oven to 350 degrees Fahrenheit and bake for 20 minutes.

Viola! Perfect preppers bread that will fill you up and sustain your energy. But wheat can also be cooking into a cereal. Much like oatmeal, wheat can be used as a high-energy breakfast food! Use two cups of water and one teaspoon of sea salt for every cup of wheat. 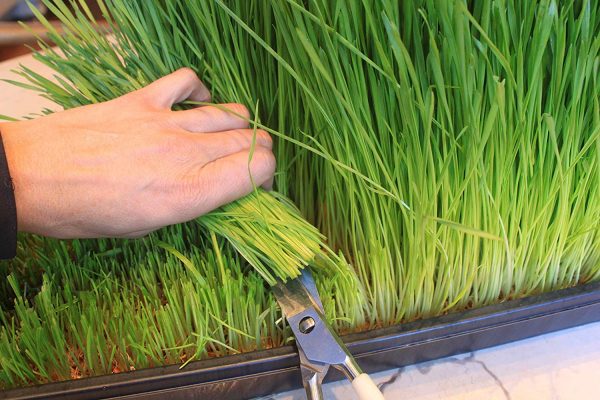 You can also make your own wheatgrass! Wheatgrass can be sprouted from wheat grain and used to create a healthful tonic. It’s the health craze that preppers can partake in as well. Wheatgrass is often consumed as a supplement for its nutritional and health benefits. These young sprouts of the wheat family can be eaten whole and raw, but more often they are juiced raw and consumed as a liquid.

Just a few things to keep in mind: juicing may be more difficult without the use of an electric juicer and wheatgrass can sometimes be difficult to digest in its whole form. That doesn’t mean you shouldn’t try wheatgrass, just bear in mind that it may take some trial and error before you figure out the best way to reap its benefits without the luxury of electricity.

Related: 14 Prepper Uses For Bread That Will Blow Your Mind

With wheat, the best tip by far is to use some and get familiar with it before the grid goes down. This way, you can become comfortable grinding it, making it into cereal, baking it, or growing wheatgrass before the SHTF. Preparedness takes time and effort, and while wheat is vital to any good food storage plan, practice makes perfect. So grab some wheat and start experimenting today! You may stumble upon the perfect use for wheat and be able to use it as a survival food more effectively than you ever thought possible.

What’s the Limit of Your Morality in a Crisis?

How to Sleep Dry While Camping in the Rain