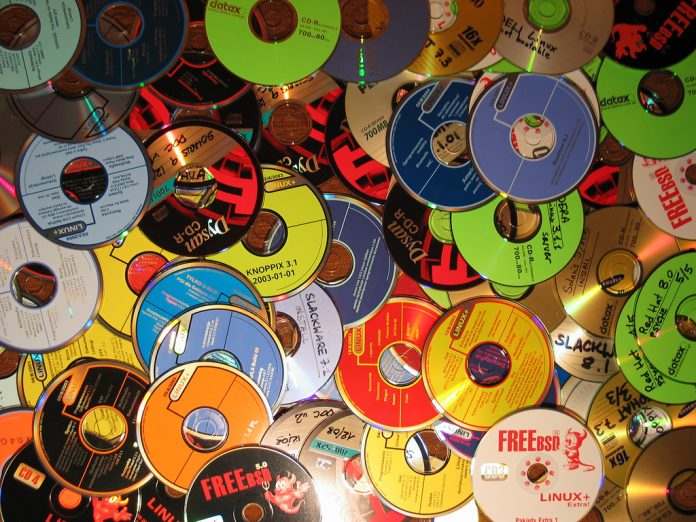 Ever since mom and dad bought my very first computer back in the odd ‘90s, I sort of become a hoarder of everything related to tech – I shit you not when I say that the back of garage is filled to the proverbial brim with outdated components like CPUs, motherboards, video cards, monitors, and boxes of CDs, DVDs, and floppy disks. Sometimes I feel the urge to pop open my PC’s optical drive just to see what’s on them. Unfortunately for the computer geek in me, half of that stuff has stopped working long ago. As for the CDs and DVDs, not even wishful thinking can restore them to their former glory. Still, that doesn’t mean I should throw them away.

Even the thought of parting with a single CD would break my heart. So, as usual, I paid a visit to my old pal Google to see what other people have done with their optical disk collection. I was stunned to see just ingenious people get when it comes to repurposing stuff. And yes, even though all the threads began with “do, I really need to throw them in the garbage?”, they usually ended in a lighter note – great homesteading projects and some of them carried out by guys who haven’t even head the word “prepping.”

So, if you are the proud owner of a huge CD or DVD collection, here are X clever ways to use them around the house. 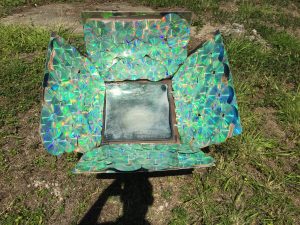 I simply love outdoor cooking, no matter if it’s barbequing or watching others prepare food. Anyway, this one thread was speaking about creating a solar cooker from CDs or DVDs. Yes, I know it sounds crazy. That was my first impression as well. However, the math seemed to be right, and since the weather’s nice, I tried to see if it works. Now, keep in mind that you will need around 100 or 200 CDs and DVDs for this project and old parabolic antenna (the biggest you can find). If you don’t want to invest too much cash, you can always pay a visit to your junkyard to scavenge for parts (that’s where I found the antenna). Here’s what you will need to do in order to create your solar cooker.

Place the antenna in the yard’s hottest spot (that would be around the back). Using a nail gun or zip tie, attach the CDs to the antenna. Make sure that you don’t leave any gaps. When you’re done, take a small grill and attach it just below the receiver (I used a couple of metal pieces which I secured to the receiver using screws). Wait for the grill to get hot, then BBQ your meat of choice. If the weather’s holding out, you should be able to get at least 700 degrees Fahrenheit. Now, if the temp’s too high for you, simply remove a couple of CDs to lower it.

2. Creating a retro-futuristic night lamp for your off-grid cabin 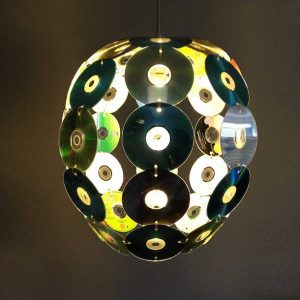 Everything can be solved with a little illumination. If you’re a big fan of DIYs and repurposing, you should definitely try out this simple and neat project. The result is a cool, retro-futuristic night lamp that’s brighter than anything you have around the house. Even neat is the fact that it won’t cost you a dime. Here’s what you’ll need to do – salvage a bulb socket from an old lamp. Search around the house for an LED bulb (there’s bound to be one somewhere, especially if you’re committed to stockpiling survival items). Take a close look at the wires coming out of the socket. If they’re too far gone, replace them with new ones. Now grab a handful of CDs (I used about 50 for my project) and some epoxy. Stack and glue them together. Place the socket inside the stack, screw in the bulb, draw the wires, attach a plug, and have fun with it.

3. Keeping pests away from your veggie garden

I like birds and bees and flies as much as the next man, but not while they’re tearing apart my veggie garden and my corn. Still, I can’t find it within me to take out my hunting rifle and shoot those birds down. And no, I won’t even consider using chemical pesticides. While reading about CDs and DVDs, I came across a thread which suggested that old optical supports can be used to keep pests away. Didn’t believe it for a second, but I hung up a couple of ones at the edge of my garden just to see what happens. Don’t know how or why, but those crows seemed to be scared shitless of the light reflected by those old CDs. What can I say? Win-win.

4. A hiding place for docs and jewelry 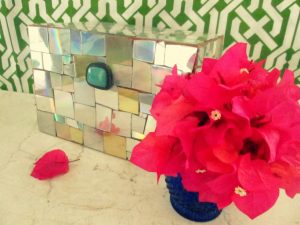 Not enough dough for a strongbox or a safe? No problem. You can use a stack of old CDs or DVDs to create a hiding place for your valuables. Here’s what you will need to do. Get ahold of one of those mini-CDs (you’re going to use this as a reference point). Place it over a bunch of old CDs (at least 50) and draw the mini disk’s outline using a marker. Now here comes the fun part: using a hacksaw, cut on the ‘dotted line.’ When you’re done, glue all of them together to create a miniature tower. It’s now time to put everything together. Place one CD on the bottom of the plastic holder. Glue the stack to the base. Now put a holder inside your mini-safe (I used an old muffin mold). Place another CD on top, screw the plastic lid in place and, voila, your project’s completion.

That’s it for my four neat ways of repurposing old CDs and DVDs. Now, I know there are tons of other ways to make use of disks, and I would really like to know your thoughts on this. So, hit the comment section and let me know.

BOB from the Dollar Store for $50

How To Build a Solar Heater Using Aluminum Cans

20 Prepper Lessons from an Infantryman

What Could Happen In One Year If The Economy Does Not...

9 Places to Scavenge After SHTF

Top 13 Prepping And Survival Items You Can Find At Farm...