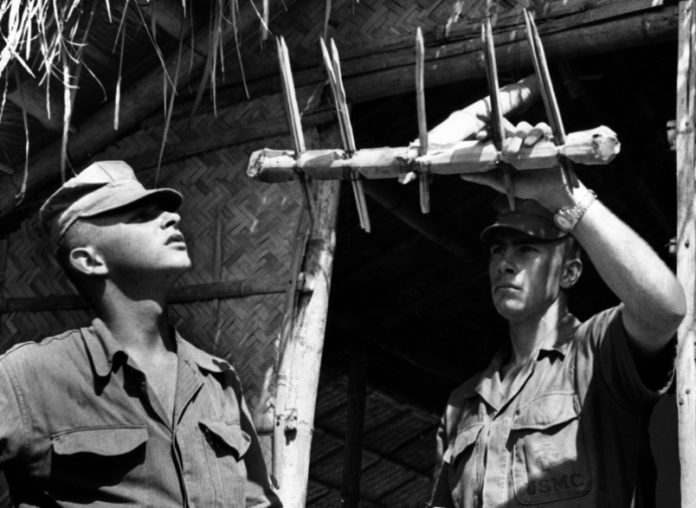 Protecting your property is a challenge especially if you live in a rural area. The police might take a long time to respond if there’s an intruder, and if the prowler is bent on robbery rather than crime, they may not even bother. You can understand that, since their manpower is scarce, and they need to prioritize, but if your valuable belongings are stolen, it is not a lot of comfort.

The only way to protect yourself from intruders is to be alert and prepared, but it’s not foolproof. You can’t stay up all the time, and while you might wake up if someone breaks into your house, there’s a good chance that without being heard, they might be able to roam outside. That gives them free access to everything outside your house that is on your property. A dog may give you a warning, but there are ways a dog can be silenced. But what choices do you have left?

By putting some warning devices, essentially, non-lethal booby traps, around your house, you can increase your protection more economically. The non-lethal aspect is vital; you’re likely to be in trouble if you set up equipment that can hurt or destroy an intruder. A gadget that gives you a warning is perfect, however. So it’s something that makes things hard for any unwanted visitors without really being designed to hurt them. A number of strategically positioned traps around your property will let you know that mischief is going on, and will convince the bad guys to go somewhere else at the same time.

Having a few affordable keychain personal alarms is one of the best ways to set up a really noisy booby trap. Each of these costs less than $5, but they can put out about 120 decibels of sound. If you take a pin out of the body, look for the sort that goes off.

Personal alarms are battery-operated, but under all weather conditions, they won’t work well. Very cold weather can drain their batteries fast, and humidity will destroy their electronics, which are cheap and not well sealed (make sure they are set up somewhere that rain or snow can’t get at them for the same reason). Instead, go for mechanical ones if you’re unsure how well an electronic alarm can hold up to the heat.

An easy alternative is to pick up some alarm mines. This is a device with a metal stake at one end that is spring-loaded. All you have to do is lower it to the ground and then fill it with a blank round by adding a tripwire. They normally take a .22 blank, but it is possible to find 12-gauge ones, either of which can go off when tripped with an impressive crack. You can make your own very cheaply if you can get hold of used fuses from old smoke grenades, which often turn up at gun shows.

With tin cans, other basic noisemakers can be made. When anyone snags it, a bunch of them will make a nice clatter at one end of a tripwire, or rig a single can or another object to fall into an old metal pail or tub.

Let There Be Light

Safety lights with an infrared sensor can stop intruders, but they’re typically easy to see. In daylight, a smart thief will walk by your home a few times in search of obstacles, and they will possibly see a security light. What they’re not going to see is a number of small, well hidden traps that can trigger a source of light.

The typical non-lethal military trap is the trip flare, but you don’t want these to go off on your property necessarily-they’re pretty good at starting fires. The cyalume flare trip is a better option. These are new, but they have a NATO stock number already in military use. They’re armed with a light stick instead of an actual flare; a hammer bends the stick and triggers it when the tripwire is activated. It’s incredibly bright with a 5-minute ultra-high intensity stick, and your attacker would probably not be too pleased at unexpectedly being lit up. It’s probably going to give him second thoughts about creeping around your place. They do cost around $25, but using a rat trap, you can improvise a similar one.

Related: Learn How To Create Your Own Home Defense Plan

A nasty thing called a low wire entanglement is another military defense. This is done by sinking a load of stakes into the ground and running a web of barbed wire through them. Setting up one with barbed wire might get you into trouble, because it’s potentially much more destructive than barbed topping on a fence or wall, but an efficient intruder deterrent would be a plain old fence wire.

Wire entanglements function better in long grass, but it will still be productive at night if you place one in an area that’s shadowed-just make sure potential intruders won’t see it if they scout your property in daylight. Knock in a load of stakes around the area you want to protect in order to set one up. Angle iron stakes are better with notches cut at the end. Leave six to 18 inches of each projection, varying between stakes. Place them three to four feet apart, randomly dispersed through the field. Now string fencing wire between the stakes. Don’t pull it too tight-in each wire sprint, leave an inch or two of play.

Each stake should be linked to each of its neighbors by the time you’re finished, and you’ll have a cat’s wire cradle at different heights. Tidy it up as best you can to cover the wire if you’ve set it up in long grass; if bare earth, sprinkle some grass seed over it and let it grow up through the tangles. Anyone who attempts to walk through that area would trip quickly with the wire hidden. A few times after that, they’ll either go back out or have to proceed very slowly. You can string tin cans with a few rocks or old bolts from some wires in them, or add some tripwired traps, just to add to the fun.

Have a Good Trip

The most significant thing when you set up tripwires is to make them as discreet as possible. You can find an online military tripwire or use a fishing line. It’s also fine going with strong black thread; it’s not reflective. Set tripwires in the long grass anywhere you can. Place them not too high; about six inches and a foot off the ground is good. You can knock a U staple down below it and run the wire through the staple and up to the trap if you want the actual trap to be higher. Do not make tripwires as tight as you can, either; changes in temperature can make the steel wire contract enough to set the trap off. Without the trap going off, you should be able to move the middle of it an inch or two from side to side.

When you set up your non-lethal booby traps, remember the routes that intruders might use to get into your property and cover them with your tripwires and entanglements. Areas out of sight of your windows, patches that at night have deep shadows, everywhere that lends itself to stealthy movement. If you can send a nasty surprise to someone breaking into those places, they’re probably going to back off, and if they don’t, you’ll be warned and ready to deal with them.

The Problem With Disaster Shelters

Did You Know Why Bottled Water Has An Expiration Date?

The Global Depression Of Our Lifetime Is Coming

The Only 10 Tactical Hand Signals You Need to Know