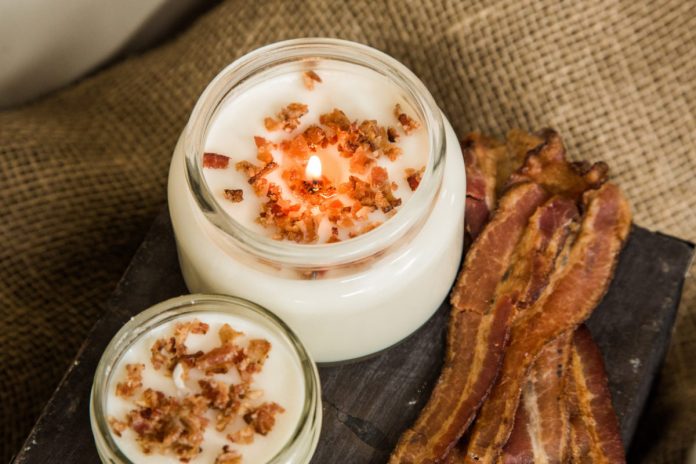 If you regularly eat bacon and sausage, you are likely to begin collecting excess bacon grease. Bacon fat is a convenient and flexible provision and you’ll want to save every drop until you know the many ways you can use it.

You can obtain bacon grease in two ways. The best way after cooking the meat, is to save the fat from your frying pan. Just pour it into a mason jar or bucket of metal, and let it cool down. The other approach is rendering. There will be off-cuts of hard fat when you butcher a pig which will turn rancid very quickly if you don’t cook it. Chop the fat into small bits or grate it, then heat it over low heat in a saucepan until it liquefies. If you drain off the fluid grease, it will absolutely cool down and harden, leaving you with a supply of clean fat that you can store for a long time.

Bacon fat is a highly beneficial source of food that you can store for extended periods of time, and it is easy to take along to eat when you’re away from home or camp. Not only that, but bacon fat also has a good flavor that makes it the ideal ingredient to improve the taste of various, sweet and savory foods. If your diet has little variety, there are many ways your meals can be livened up with bacon grease.

#1. Use Bacon Fat as a Preservative

Fat seals out the air which prevents the spoiling of food. Cover hot food with a layer of melted bacon grease in a crock or mason jar and let it stand till the fat has hardened. The seal will help keep your meals fresh for longer.

#2. Stop a Pot from Boiling Over

Add a small dab of bacon fat to the water when you cook starchy foods such as pasta, and it will prevent the pot from boiling over.

For a shockingly nice chocolate bar, add bacon grease, raw cacao and honey. Not only can it fulfill your sweet tooth but it will also be a nutritious energy snack while you’re out in the wild.

Bacon fat is the best alternative when the butter is unavailable. Crusts of bread and pie baked with bacon grease have more color, and are particularly crispy.

Animal fat is the source of this food which has been around for centuries for survival. Combine bacon fat, lean dried meat, berries, and nuts and pound it into a paste. Flatten the mixture into patties, and allow it to sit until it becomes firm. When you’re travelling, Pemmican is easy to bring, and it will last almost forever. It’s a superfood in terms of nutrition that will provide nourishment and energy to keep you going for long stretches without the need to make a cooking fire.

Bacon grease is not only useful for eating but it can also be used in a variety of ways to clean and repair clothes and equipment.

#6. Use Bacon Fat for Lubrication

Is the noise of a screeching hinge or wheel driving you insane? Drip a drop of bacon fat on it to silence the squeak. 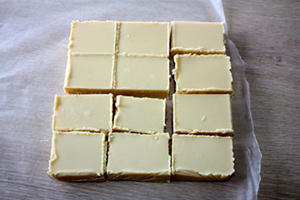 You can use any animal fat to make soap, and while it requires some effort, the result is amazingly good.

If you’re using a skillet or other iron cookware, you’ll know that when washed and left to stand, it rusts. To avoid corrosion and prolong the lifespan of your cast-iron cookware, rub it over a fire or in a very hot oven with a generous amount of bacon grease and heat the utensils until all the grease has baked in. The bacon fat sticks to the metal and has a protective black patina to cover it.

Related: Must Have Cast Iron Pieces 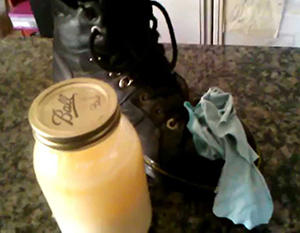 When exposed to the elements, leather shoes and belts lose their suppleness.

Top up a bit of bacon grease on a rag and rub it into your shoes, belts and equipment straps for conditioning and nourishing the leather.

You can use bacon fat as a water-repellent on boots, tents, waders, rain gear and most other types of leather and canvass equipment.

Most people don’t suggest bacon fat being added to the body or clothes. The obvious explanation is that the reek of bacon is off-putting to other humans, but the scent can also attract predators such as wolves, coyotes, and fire ants while you’re out in the open. Although caution should be used when applying bacon grease to your body, there are occasions when the cure explains the means.

#11. Get Rid of Burrowing Larvae

Some insects lay their eggs on the skin of humans and animals, and burrow into the host as larvae hatch. The name of this disease is myiasis, and it is causing painful boils. It works in two ways when you rub bacon grease over the infected area; the strong smell attracts the larva and at the same time cuts off its air supply, allowing it to hit the surface of the skin where you can pluck it out with tweezers.

Scabies are tiny mites within the skin’s outer layer. Symptoms include persistent scratching and a rash. A sulfur and bacon grease liniment is a surprisingly good way to get rid of the parasites.

#14. Smooth and Soothe Your Skin

You expose your skin to the elements when you spend long periods outside and you’re likely to suffer everything from insect bites to grazing and wind burning. Rub bacon grease on the affected areas at night, then cover it with clothing. Wash it off in the morning and it will feel extremely good for your skin. Bacon fat also provides an ideal cure for cracked heels.

If you have picked up a splinter which is hard to remove, sprinkle some bacon grease over it and cover the area for a few hours with a band-aid or cloth. The fat softens your skin and makes removal of the splinter quick.

Bacon Grease for Fuel and Light

Drip used bacon grease on old rags or corn cobs and use it to light a fire.

Bind a cotton rag strip or string to a post, and hang it in a mason jar. Add fat bacon and allow to cool. Snip off the twig when the fat has dried, and use the fat as a flame. If you have small amounts of bacon grease left over from cooking daily, you can keep filling up the candle with it.

You can add filtered bacon grease to diesel to extend the running time of your generator.

You can turn bacon grease into biofuel by filtering it and adding methanol. Most car engines can run on biofuel as an alternative to diesel.

Use Bacon Grease to Lure Fish, Animals, and Bugs

The strong smell of bacon grease makes it an ideal addition to bait when fishing and hunting, and a good insect trap too.

Anglers make bait and name it ‘putrid pudding’ with a mixture of bacon fat and rotting fish. The strong smell is particularly appealing to catfish but you can use it for other freshwater fishing as well.

If you’re trapping bobcats, coyotes and raccoons you can use bacon grease in traps. Likewise, burning bacon fat will attract bears closer to your hide while you hunt. 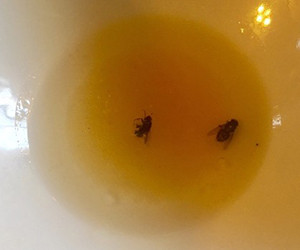 To liquefy it, mix strong grease with a bit of vegetable oil and pour it into a shallow bowl.

Let it stand out in your camp’s open space or by a window in your house.

Insects are going to settle in the grease and the sticky weight stops them from moving or crawling again.

Feeding your dog neat bacon grease isn’t a smart idea. The high content of sodium can cause vomiting and diarrhea. However, dogs enjoy the bacon taste and have it combined with other foods; it makes a nutritious snack. When training the dog, use dog treats impregnated with bacon fat as a reward for good behavior.

You can add small amounts of bacon fat to the chicken and turkey feed, particularly in winter, and if you have extra, you can use it to attract wild birds in a bird feeder.

Use Rancid Bacon Grease as Fertilizer

#25. If You Have Bacon Fat That’s Gone Rancid, You Can Still Use It As Fertilizer

Do not apply too much at once to the compost or to one area of your garden, as it takes a long time to degrade and can start to develop unwanted bacteria. Earthworms, however, enjoy a small amount of grease and will soon be converting it into fertilizer for your garden.

To Bleach Or Not To Bleach

How to Make Portable Soup

How To Extend The Life Of Your Laptop, and Cell Phone...