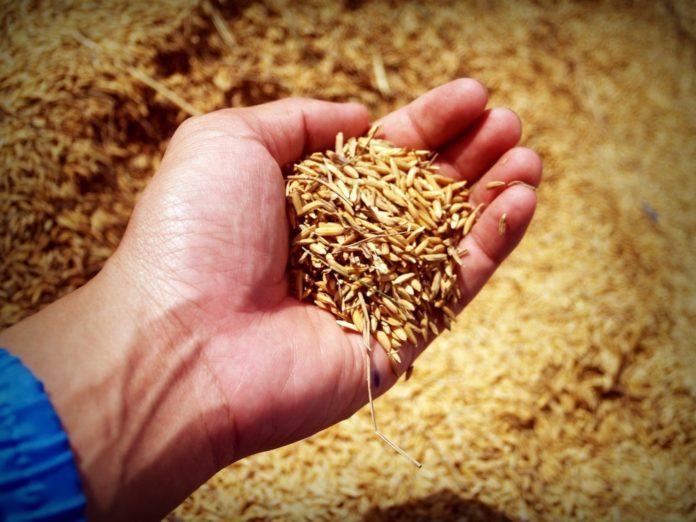 Is there an unseen danger in food storage that could render you and your family with serious health conditions when the end of the world as we know it (TEOTWAWKI) hits? I believe the answer to this important question is yes, and as I sincerely attempt to show you why I ask that you read this article to its end and weigh it carefully.

Glyphosate– The Most Used Weed Killer in the World

Round Up also known by its chemical name glyphosate; is the most used weed killer in the world. Its maker; Monsanto; claims that it is harmless. However; new research is coming out that it is far from harmless.

Before I start to explain the above statement; let me say that I am not a doctor or a professor or an authority on medicine. I have benefited from the work of Dr. Stephanie Seneff of MIT and Dr. Peter Osborne, expert in clinical nutrition; especially regarding gluten issues. They have researched for over a decade on the effects of glyphosate. I have been affected by gluten and glyphosate, and I know what it can and will do if you eat it. This article is written to inform and warn about the dangers of this poison.

Round Up Used on Almost Every Major Crop in the U.S.

Most of you have seen Round Up sold as a weed killer for the yard at your local hardware store. This is far from its only application. Round Up, or glyphosate; is sprayed on almost every major crop in the U.S. and in most other countries; especially in Europe. This includes corn; wheat; soy; canola; sugar beets; alfalfa; tobacco; barley; and sorghum. This is why you can drive by field after field of pristine corn without one weed in the entire field. So far; this sounds all well and good, but the damage starts when you eat that food.

Monsanto created glyphosate to kill weeds. However; it kills every kind of plant including grains. This creates a problem because we know that glyphosate is sprayed on all major grains.

Glyphosate Used on a Lot of Grains to Increase Yield

The scientists could do this for a lot of grains, but they could not modify wheat. However; glyphosate is still sprayed on wheat but only at the end of the growing season. This is because all plants have a built-in defense mechanism that makes the plant produce unusually large amounts of seed when its life is threatened. This defense mechanism is triggered when wheat is sprayed with glyphosate; causing the farmers to get more yield on their crop.

The big problem is not that the crop; let us just say corn; is a genetically modified organism (GMO) but by being genetically modified; glyphosate is able to be sprayed on it without killing the corn. The corn still soaks up the glyphosate through the soil and on its leaves. Glyphosate is not expelled from the plant. So you end up with corn that has high concentrations of glyphosate in it. We then eat this corn in almost every food in one form or another. Just look at how many foods have high fructose corn syrup in them. Glyphosate is in every single grain; including wheat, and you eat it every day.

Effects on the Digestive System

Now let us dive into your digestive system to see what is happening. After you have eaten food with glyphosate in it, nothing immediate happens. This is one of the reasons glyphosate was considered safe for so long. Its effects can only be seen after digesting it for long periods of time. After it enters your digestive tract, it binds with a certain organic molecule called gluten, which is found in all grains. This makes that part of the grain, gluten, indigestible, and can lead to diarrhea, nausea, and lightheadedness among a host of other possible symptoms.

Glyphosate is a very; very slow acting poison. So; you may not be seeing any of the symptoms after you eat grains. It is affecting you but in very subtle ways. Farmers are now spraying more glyphosate on their crops than ever before; because weeds are beginning to become immune to it. This means that your body is dealing with more of this stuff (technical term) than in previous years. This can cause the glyphosate to be “activated” in your body, but there are also “triggers” that can promote this “activation”, such as unusually prolonged amounts of stress, consistent lack of sleep, childbirth, surgery, changes in diet, and unusual amounts of exertion. These triggers push your body, which is already affected by increasing amounts of glyphosate, over the edge. It is a compounding effect, one thing on top of the other until your body cannot take it anymore.

You will more than likely encounter some of these triggers in a grid-down survival scenario. The reaction to glyphosate is different for everyone. Some people’s bodies can handle larger amounts of glyphosate than others.

So; let’s get back to your digestive system. In addition to making parts of grain indigestible; glyphosate also kills bacteria in your gut. These bacteria are good. They break down foods that you eat and make vitamins that your body needs. One of these bacterial strains is bifidobacteria. This bacteria breaks down substances like gluten, but when this bacteria is killed by the glyphosate you no longer can digest gluten. These things may explain the sudden boom in new gluten and grain-free diets.

Deficiency in these amino acids causes big problems. Tryptophan is used by the body to make serotonin; which takes part in controlling our emotions and digestive system. When you do not have enough of it, it can lead to depression, violent behavior, and obesity to name a few. Tyrosine is used in the making of thyroid hormones. A lack of this nutrient can lead to hypothyroidism and even Hashimoto’s disease, which is inflammation of the thyroid gland. This may lead to depression, fatigue, constipation, joint stiffness, weakness, hair loss, slow heart rate, swelling, and weight gain.

Another indirect effect that glyphosate has on your body is disrupting enzymes in your liver. One group in particular that is disrupted by glyphosate is cytochrome P450 (CYP) enzymes. These enzymes have several functions. They detoxify your body. In other words; they take substances that are harmful to your body out of it. Secondly, they activate vitamin D that is stored in the liver. Vitamin D is essential for bone strength, regulating blood pressure, and a strong immune system. Thirdly, CYP enzymes break down and activate extra vitamin A in the liver. This extra vitamin A is called retinoic acid.

When the CYP enzymes cannot break down retinoic acid because of glyphosate affecting the liver, you end up with large amounts of retinoic acid. This is called vitamin A toxicity, which can lead to nerve damage and increased pressure on your brain. Fourthly, these enzymes are responsible for producing bile acids, which are then sent to your gut to digest fats. When glyphosate is affecting this process, you can no longer digest fats, including all the fat-soluble vitamins; such as vitamin A, D, E, K, and omega-3 fatty acids. This means that you become deficient in these vitamins, which can lead to a host of health problems.

Eating more foods with these vitamins in them will not fix the problem if you are still eating glyphosate, because glyphosate continues to wreak its havoc. You might find temporary relief this way but nothing lasting.

Glyphosate also affects your mineral intake, such as iron, zinc, and cobalt. When these minerals are in the presence of glyphosate, glyphosate forms a cage around them, thus making it impossible for bacteria in the gut to digest them into usable forms.

Here are some of the major mineral deficiencies and their effects:

I have an immediate family member who suffers from iron deficiency as a result of Celiac Disease. I have firsthand experience observing the many effects of iron deficiency.

An important source of food that needs serious contemplation is baby formula. It is made almost completely of corn or soy– two of the largest Round Up sprayed crops in the world. Babies are in danger of developing acid reflux along with the other health problems already discussed. There have been studies that may link glyphosate to autism as well.

In a Grid-Down Survival Situation

In conclusion; you would not want these symptoms from glyphosate happening to you or your family in a grid-down survival situation. I believe the consequences would be astronomical. Think about it. If or when TEOTWAWKI hits, you may find yourself surviving mainly off stored food, which consists of mostly grain. You will not be getting sufficient sleep and your stress levels will be increased, as well as your workload. Add to that, the fact that you are eating more glyphosate than normal, and you have possible triggers for all that I have been sharing with you.

I want to reiterate that I am personally affected by glyphosate and have been so tired that I could not do anything but lie on the couch. I have had heart palpitations from glyphosate effecting my nervous system. There was tingling in the arms and legs. I have had dizziness from low blood pressure. Now; I and my family are completely grain free. I am writing this so that you can stop eating glyphosate before you have to deal with bodily damage.

What To Store For Food

So, what do we store for food? I recommend your TEOTWAWKI food storage be organic grain because the organic grain is not sprayed with glyphosate. The largest organic farm in the U.S. is Azure Standard, which will deliver almost anywhere west of the Mississippi River, and they have started to expand their shipping area east of the Mississippi River. They have good prices, and you can buy organic grain in 25-pound sacks. They have hundreds of products; so I would suggest checking out their website. Whole Food is a great place to buy organic food as well. I also recommend gardening because you can control the entire food growing process.

When buying food; make sure to get; if possible; “certified organic”. Food with the word “organic” can have almost anything in it because it is not regulated. “Certified organic” means that the food has been independently tested and does not have any unnatural chemicals in it.

Muffins To Treat Your Flu This Winter

Is Harvesting Rain Water Illegal in Your State?

Learn How to Save More Money