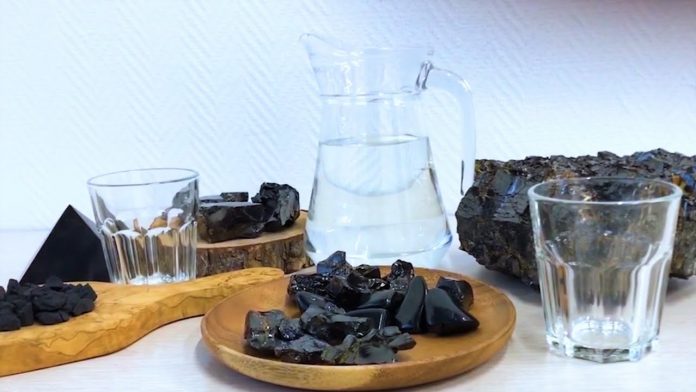 If you haven’t heard of shungite, you’re not alone. This rare mineral compound is from Russia. First found near Shunga village, in Karelia region, Russia, the largest known deposit is in the Lake Onega area. Two other findings contain mineraloid in Russia’s same region. Because this area was part of the now-defunct Soviet Union for much of the last century, it is not surprising that it is not well recognized.

This mineraloid (a naturally occurring mineral material that has no crystalline structure) consists of 98 percent by weight of carbon, which possibly explains its properties. Besides carbon, shungite is believed to contain most elements in the Periodic Table, in significant quantities.

Perhaps the most fascinating fact about this mineraloid is that it is documented to contain fullerenes, a fairly rare carbon type or “allotrope.”

A fullerene is a ball-like sphere made up of at least 60 carbon atoms bound by single and double atomic bonds. They are partially closed mesh, hollow within. Perhaps this molecular structure gives shungite its ability to purify water.

Related: Did You Know Why Bottled Water Has An Expiration Date? 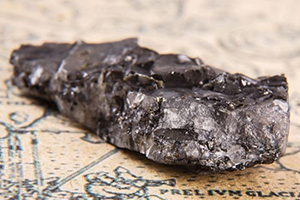 Shungite is a definite part of folk medicine, specifically mineral and crystal healing.

It’s apparently used as a healing crystal for thousands of years, although it’s not a crystal.

Those who move in this area have made many claims about shungite’s healing properties, although there was no scientific testing to prove these claims.

This hasn’t prevented using it though. Shungite has been in use since Ivan the Terrible, who used to take baths in Lake Onega water, reportedly receiving benefits from shungite-infused waters. Peter the Great was so impressed that he built Russia’s first spa to take advantage of healing properties.

Shungite was also used in cosmetics and as a paint pigment, sold under the name “carbon black.” But probably the most unusual use of shungite was for EMF (electromagnetic field, which all electronic devices have).

There has been a lot of fear mongering, possibly with some basis, that EMF is as dangerous as atomic radiation. While there is no scientific evidence yet, shungite shields may be used to protect you from the EMF produced by your cell phone and personal computer. 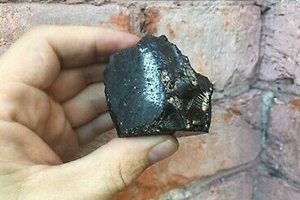 Scientifically proven use of shungite is for water treatment and purification.

I’m not entirely sure, but apparently the shungite fullerenes work like activated carbon to purify water.

Activated carbon (or activated charcoal) is the huge surface area, broken into thousands of facts and exceeding 3,000 m2 per gram, capturing bacteria, protozoa and other microbes.

Fullerenes provide a similar surface area, which could explain how shungite purifies water. Fullerenes are known as an antiviral agent.

But whether that’s true or not, scientific testing proved this property of purifying water. But shungite not only removes microscopic pathogens from water, it also removes nearly all metals, nitrates, pesticides, volatile organics, pharmaceuticals, chlorine and fluoride. However, it is not a very effective fluoride filter, as the fluoride quickly fills the shungite pores, just as it does with activated carbon. 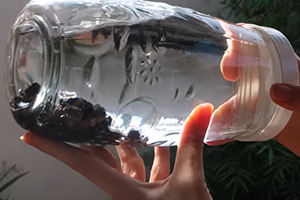 Moreover, shungite-infused water has been shown to smooth wrinkles and eliminate skin irritations such as itching and rashes. This was not yet scientifically proven.

To treat water with shungite, use a ratio of 100g of shungite per liter of water. Rinse the shungite before use to remove any dust particles, just as with activated carbon. Then place the shungite in the water for 30 minutes.

It’s time to remove microscopic pathogens and make drinking water safe. If you want to experiment using water for any of the above-mentioned healing properties, you must leave the shungite in it for eight to ten hours.

This action does not use shungite and can be reused many times. Air drying the shungite in direct sunlight is recommended once a month and replace after six months of use.

Related: 10 Places to Find Water in the City Post-SHTF

When It’s Time to Survive

Because shungite comes from only one Russian area, you obviously won’t be able to find it locally or order it online in a post-disaster environment. You’d like to buy it now as part of your survival collection. Be aware, however, that shungite is not very cheap due to its rarity. Don’t expect to buy the same price as activated carbon.

The good thing is shungite has no shelf life. And if you buy it and add it to your inventory, it’ll be as fine as it’s today when you go out looking for it.

You’ll also want some sort of filtering jar to use for the shungite. It could easily be done with one of the glass cocktail servers you see people use at home parties. A plastic one may be safer to reduce the possibility of cracking.

Shungite can not be used as activated carbon, where water is only poured as the last step of a bio-filter. While you could use gravel and sand as early stages of filtration to eliminate larger items in water, you need to allow water to stand in the portion containing shungite, not just flow through it. As I mentioned earlier, it takes 30 minutes to respond and purify water.

15 Weird Foods That Were Common During The Great Depression

Where Not To Be During an EMP