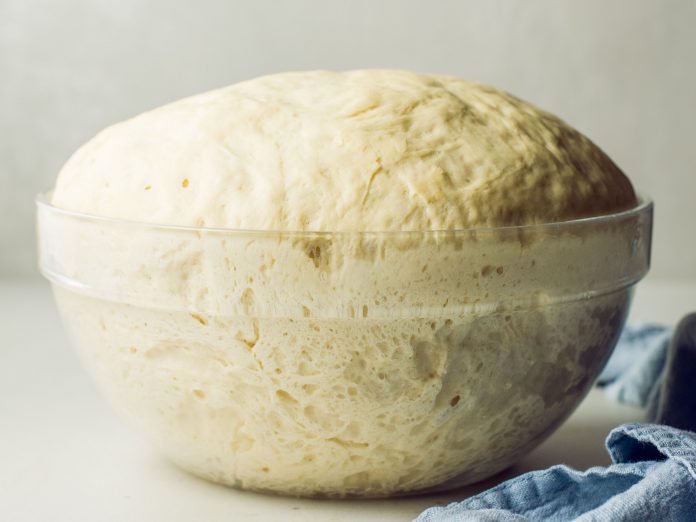 Yeast has long inhabited the planet Earth, a simple, hundreds of millions of years old organism. It plays a vital role in alcohol creation, as the fungus turns sugars into the intoxicating brew of choice. There would be no beer, wine, vodka, champagne without yeast, what do you have.

This ancient fungus lives all around us in the world, and we only need to create an environment it likes, to take advantage of it. The majority of people buy yeast from the supermarket in its dried form. This is because it’s the quickest way to get your hands on usable yeast. It’s dried in minutes and activates.

With the advent of craft breweries, while home brewing has become very popular, yeast is mostly used to raise bread and baked goods. Another popular use to it is pizza crust. You are tasting the regional flavor of the area’s combined yeast and water when you’ve traditionally baked bread. These are all critical parts of using it. It adds stuff.

So how is it that makes bread come up? Well, the yeast releases gas as it consumes the sugars and breaks them down. Aye. Little gas bubbles – mostly carbon dioxide – make bread and pizza grow. We would all be eating flat breads morning noon and night without those little guys.

Making yeast with a potato is so simple it’s ridiculous. There is no reason why you wouldn’t have it on hand at all times if you have potatoes. You are merely getting out of the way of a natural process.

1. Wash your potato off and slice it in half. You can peel it if you want but you can scoop the meat from the potatoes away from the skin pretty easily when its finished cooking.

2. Place your potato into a small sauce pot and cover it with water. Then bring that water to a boil.

3. Cook the potato until a fork is inserted in the center and can be pulled out without resistance. The easier to mash the better.

4. Pull the water from the heat and remove the potato. Keep the water. Its now full of starch that yeast love to eat.

5. Let the potato cool a bit and then mash it well with a fork.

6. Add the potato to a 1 quart mason jar. Then fill it up with the potato cooking water.

8. Cover with cheesecloth and place it in a dark warm place so the yeast can get started blooming.

9. After about 2 days you are going to see the yeast bubbling into the jar ad then you will know it is in there and it’s ready. 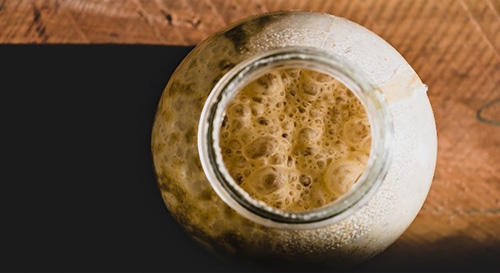 Creating a Biga or a Sponge

If you want to make the most of your homemade yeast and bake the best possible bread, you’ll use it to create what’s called a biga or a sponge. This is when you are taking a portion of your meal and yeast from a bread recipe and allowing it to combine for about a day before producing the bread. You mix these two ingredients into a batter consistency, cover it and keep this mix in a cool, dark place.

If your recipe needs 4 cups of flour and tbsp of yeast you’ll want to mix about 2 cups of flour with 1 tbsp of yeast and enough water to create the consistency of a thick batter. This will ferment and build a flavor depth you would not get otherwise.

You can also use a portion of your biga and keep the rest running by feeding the active yeast every day. Your sponge is basically a breathing breathable being that can be fed every day with flour and sugar. It will engulf this and all you need from time to time is to add these ingredients, and maybe some warm water.

All of this sustainable leaving and flavor from a single potato.

Related: What Do You Do When Someone Asks For Food in a Crisis?

A lot of articles teach you how to make leaves from various things but never really go into the specifics of how to use them. When you want to make it a one-time use just swap 1 tablespoon of your fresh yeast with 2 tablespoons of a packaged one. Use the amount of water needed by the recipe, and don’t deviate from it. The rest of it will finally die out from your jar and you can start over.

This yeast can be used in any application just like store bought one. The best way to preserve your yeast, though, is to use the sponge method and keep that thing alive as long as you can. If you are professional at this, then you’ll have it all the time on demand and never need to buy the packets.

What Else Can Make Yeast

There are other things that you can use to make yeast. You have to remember that it is everywhere and all you have to do is create an environment that this little fungus loves.

Crushed fruit that is covered and left out for a couple of days will begin to bubble. In this situation you have yeast that is eating the sugars in the fruit.

Traditional sourdough from San Francisco actually gets its unique flavor from lactobacillli which produces lactic acid during the fermentation process, but there is also yeast in it. Only combine flour and water into a strong dough to make a sourdough starter, and leave it exposed to the sun for a few days before it starts to turn brown. Keep feeding it every few days with the flour and water. When you want to make bread, mix the dough then add in a quarter as much starter as you have dough.

I read stories about people using water that boiled potatoes in to make yeast. So, instead of using our mashed potato you would eat that potato or feed those potatoes to your family and keep the water. Place the water with the same combination of salt and sugar in a mason jar. The point is that just the same goes for this to work.

We collected yeast from the air much longer than we purchased it in supermarket packages. It can be used to bake breads and things but it’s also a perfect way to make your own alcohol. This is a great skill, using yeast that occurs naturally. Alcohol is one of the most effective preparations to cleanse wounds or to barter.

However, you’ll use it for everyday used to make bread. Making dough of quality is a skill that preppers don’t spend enough time on. You can extend that to a variety of things as you start to learn how to make dough. The preparation of items like grains and whole red wheat is a no-brainer for preppers. Why isn’t mastering the production of dough with that wheat as much a priority?

Pluck some yeast out of the air and continue bread making around. It’s a genuine aptitude for planning that warrants your attention. You might fall in love with it, so be careful.

Turning Flour into Hardtack Biscuits With Over 100 Year Shelf Life

How To Protect Your Home From Intruders

How To Drive In Whiteout Conditions

No Gas, No Electricity… How To Cook Indoors Without Smoke

How to Treat Bumblefoot with Essential Oils and Herbs