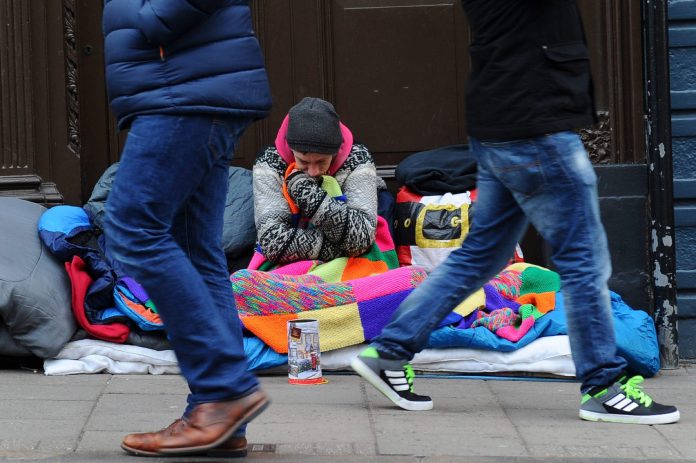 If you check the perimeter and see three or four armed men cutting the fence, there’s a clear threat. In that situation, opening fire is an option to consider in a hurry. But it won’t always be clear-cut.

What if a woman with some young children, all three looking exhausted and hungry, shows up at your door asking if you could spare them a meal? Are you going to shoot them on sight?

Your best prepper defense is discreet. When nobody knows you’re packed, they won’t believe you’ve got food supplies. Hide all your plans, though. Unless your home is isolated, people may notice you’re not in the same state as everyone else. The sound of a generator, lights on at night while most homes are blacked out, or the sight of cattle, crop patches or orchards can all show that you’re doing a good survival job. Possibly attracting hungry people. Then there might be others desperate enough to knock at any door in search of food. The chances of getting through after a crisis without someone asking you for help are slim.

The question is, what will you do when it happens? You can’t help whoever wants it. It’s a drop in the ocean compared to how much food the unprepared millions are going to need. If you share all you have, you might keep a few hundred people going for a day or two, but then you – and they – will be hungry again. Your top priority must be to preserve your supplies for you and your family, and other people may threaten that.

Desperate people can be dangerous, and some will try to take it from you if they get the idea you have a food store. Whenever you meet refugees or scavengers, you must be prepared to be violent. Keep your gun ready, stay close to cover, and watch over if you can arrange it.

But most encounters won’t turn violent. Most people either agree that you can’t support them or turn them away, firmly but peacefully. There’s generally no reason to start shooting.

What about taking a proactive approach and opening fire as soon as someone approaches your property? Oh, it certainly means nobody knocking at your door asking for food. On the other hand, it probably creates more problems than it solves.

First, if you start shooting people, anyone else in your group or the general area will think you’re worth protecting. That’s just inviting them to join, grab some guns, and try to overrun you. They might succeed – and even if they don’t cost you ammunition, possibly leave you to deal with damage and casualties, and probably attract even more attention you don’t need.

Firstly, think of the law. Crisis may not be permanent; law and order may be restored somewhere. If that happens, and you’ve been shooting everybody who stepped into your drive last year, questions will be asked. Castle or stand your ground laws may protect you, but there’s no guarantee; you might end up spending a lot of money – not to mention jail time – before clearing your name.

You also want to keep living in your home once the crisis is over. That won’t be much fun if you gained a reputation as the guy who shot at refugees, or perhaps even your neighbors.

Finally, if you start killing people, there’s a prospect of a revenge attack. If your conflict is with looters, that’s always likely anyway, but by shooting first and asking questions later, you’re risking getting more law-abiding people to come for you. As one reader on our last article pointed out, the U.S. has a lot of combat vets these days. If you shoot someone who just wanted to ask you for food, and half a dozen of their relatives decide to follow you with the skills they learned in Iraq and Afghanistan, you won’t have a good day.

Basic humanity means we’ll sometimes decide that helping a little is the right thing to do. That woman’s two hungry kids? You can possibly give them a meal and enough food to last a few days without consuming too much of your own supplies. If it’s an exception and not the rule, you might decide to give some help.

If you want to feed others, try not to announce you have stocks. Give them the bare minimum they need, and try to give the impression you can’t spare. Often seek to give them daily canned goods, something that someone at home may have. If you hand over ten packs of freeze-dried emergency meals, you’re basically saying you’ve got a stockpile.

Clearly, anything you give is a one-time donation. If you can, give them directions and encourage them to move on. If they come back later asking for more food, you’re sorry, but you’ve already given them all you can spare. If they’re persistent, tell them to leave and not return. Be as firm as necessary. You really don’t want people hanging around your gates in the hope of getting a handout; that’ll just attract more of them, and finally someone will decide that if you don’t give them food they might try to take it.

Dealing with hungry, desperate people after the SHTF will be a challenge; there’s no roundabout. There’s no easy solution. If you first take a shot, ask questions later on, you’re risking being threatened during the crisis or arrested when it’s over; if you’re trying to feed everyone at your door, you’ll easily end up unable to feed yourself.

The only sensible way is to evaluate each person who approaches you and take tight actions. When an armed group enters your property and attempts to break into your shops, a violent response is necessary. If it’s a terrified, starving family looking for food, there’s no reason to start shooting. Speak to them from a place of power, support them on their way if you think it’s the right thing to do. And remember in each encounter that surviving the crisis doesn’t mean much unless you manage to survive it with your humanity intact.

What’s your plan when this happens?

Related: How To Protect Your Home During This Pandemic

China Plans To Launch A Fake Moon Into Space

Whatever You Do, Don’t Chop Down This Backyard Tree

How to Survive on the Sea

5 Foods That Will Last Forever