Ok, ok, so you might ask yourself: what can you compromise on when it comes to survival and preparedness? A lot of things, particularly when it comes to using everyday items to solve problems or when you’re solving redundancy issues. If you already have a veritable flashlight collection, it doesn’t matter if your 6th one is from a Maglite or some knock-off.

But some things you should never compromise on, because your life and the life of your family may depend on them. Let’s talk about those for a moment. 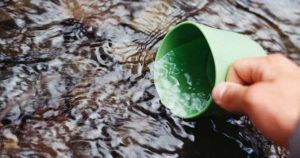 I know some people are tempted to drink water from a river that looks clean, but that doesn’t mean it’s full of bacteria. If shelter can be improvised, clean water cannot. Keep a water bottle in your bug out bag, one inside your car and always keep a portable water filter at hand. If you’re bugging in, you should think about additional ways to obtain it, such boiling it on a small propane stove (to kill bacteria) and even stock up on refills for those Brita water filters that remove some heavy metals.

Imagine this: you’re speeding on the highway, anxious to get to your BOL when all of a sudden you’re stopped by a gang of thugs. What do you do? 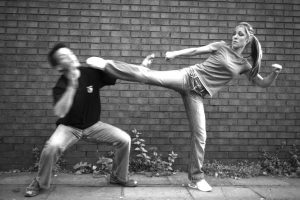 We’ve seen this in Europe recently: the African and Middle-Eastern migrants that were forced to live in a camp near Calais, France, would constantly attack trucks and even a school bus at one point. Do you know what to do if that happens to you? Do you have the reaction time to defend your family or will you freak out?

I think people are misled by survival documentaries where they depict bugging out as being a walk in the park. Maybe it will be or maybe it won’t.

Just look at the atrocities happening to the migrants on their journey from the Middle East to Europe. Rape, starvation those camps are anything but safe, and we’ve seen something similar during Katrina when average folks and thugs alike were all crammed in the Louisiana Superdome eyewitnesses said it was horrible.

Stories from migrant and FEMA camps are more than enough for us to realize that our freedom should not be compromised. It’s better to be out there in the woods than taken into detention camps where, in theory at least, you’ll be safer and have access to supplies.

During Katrina, it was only a matter of time until all the food they had there started to rot, (after they ran out of electricity). Supplies are never enough and sanitation and hygiene is always a problem when large numbers of people are crammed together into tight places. Now, I’m not saying you should run around through the woods when there’s a hurricane, but if you do it right, no disaster should ever take you by surprise and cause you to share a room with thugs and rapists.

Your Bug Out Vehicle

Believe me, the LAST thing you want is to for it to stop working when you’re desperate to get to you your bug out location. Sure, you can always go on foot but that could take days and will be exhausting, to say the least. Besides, when you’re in your car, it’s a little difficult for people to physically harm you.

That being said, you need a solid bug out vehicle that’s always equipped and always in good shape. One other thing you should do if you have the budget is bulletproof it. Things like using run-flat tires, installing bulletproof windows and even steel-plated armor for the exterior. 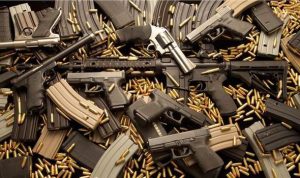 Knives, guns, primitive weapons all of these need to work flawlessly. With a little bit of research, you can find plenty of quality items at the right price. The Internet is full of scams but also of reviews on forums, blogs and on Amazon real people sharing their experiences with every product.

Speaking of knives, one thing you should probably do is have two of them. A larger, bushcraft knife that you can rely on for rough tasks (including chopping wood) and a second, smaller one that you can keep as a back-up. Swedish company Mora makes very good carbon steel budget knives.

I wish I had some memorable ending for this article, but it doesn’t really matter. What matters is that you take survival and preparedness and that you never try to cut corners.

Hope for the best, prepare for the worst is the thing that sums up well everything you read on this page, and what it means is, you should never cut corners when your life and the life of your family is at stake.

Sure, you may try to wing it with some aspects of survival, such as stockpiling less in favor of having the skills to acquire food and water, but some things are just too important not to do them right.

The Fed Will Continue To Hike Interest Rates Despite Criticism

How to Prepare For A Pandemic 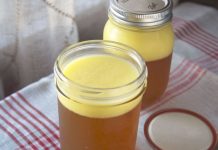 How to Safely Store Homemade Broth for 6 Months (No Canning... 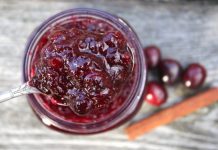 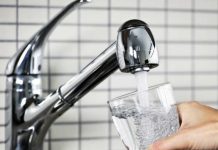 How To Prepare For Water Emergencies 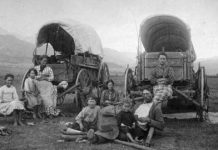