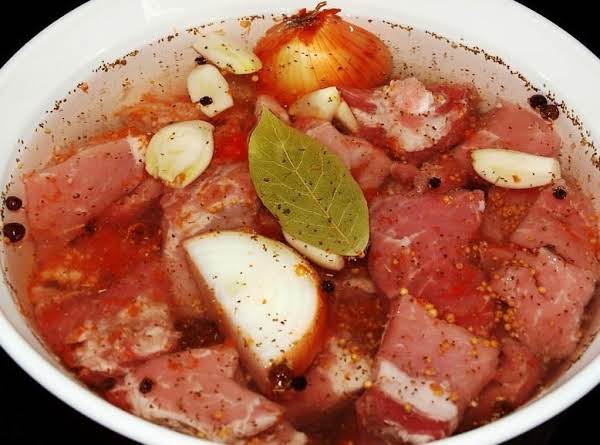 Brining has been a common method of preserving meat, at least as far back as the 18th century, to ensure it did not go to waste. Due to its ability to preserve meat for years, it became popular in the age of sailing, rather than preserving other methods for the short term. Brined meat didn’t have to be kept cold, so it let people enjoy meat throughout the year without the need for complex processes.

Brining was a minimalist form of meat preservation back then, and for that same reason is still used today. Why patch that which doesn’t break? The process’s simplicity, as well as the availability of the supplies required, makes this a common choice among preppers, large families, and anyone who is tired of meat going bad before they can cook it. That’s the upside.

If there is one, the downside is that the meat’s salt content after it’s brined is very high. But people having to cut down on their salt consumption should use brined meat with caution. However, this does not mean they can’t eat it. Soaking the meat for an hour or so in plain water then rinsing it before cooking should help to reduce the salt content.

I like pork, and use pork for this article. However, this method can be used for a number of meats, as well as for fish.

No need to write this down, because the list is very short and sweet. In its simplest form, you will only need: 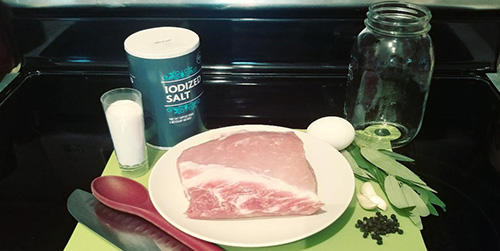 I have additional seasonings in the list above, described as “OPTIONAL.” However, if you’re like me – somebody who just doesn’t seem to be able to leave a recipe untouched – this isn’t really a choice.

You may use various combinations and groupings of seasonings, all based on your likes and dislikes. Several options are sugar, black peppercorns, bay leaves, garlic, or any of your favorite combinations, such as Asian spices.

Related: How to Can Meatloafs for Meals in a Jar

The Process of Brining Pork

Once you have the supplies, the first thing is to make sure the container and meat are clean. Then, proceed with the following steps: 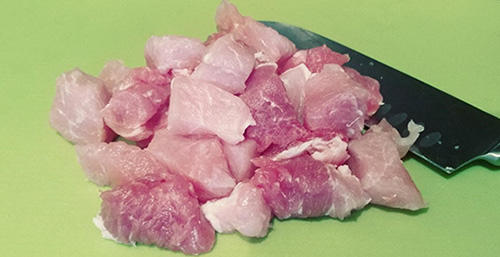 2. Rinse the meat well with water to fully cleanse it, and set aside.

3. Add enough water to the brining container of your choice to allow room for the meat to be added later and be fully submerged.

4. Add the salt (the amount will be determined by the size of container). For one canning jar, I used about 1 cup salt.

5. Stir until the salt is dissolved. 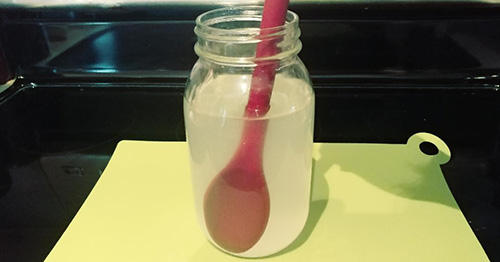 6. Test the water to see if it’s salty enough by placing the egg in the water. If the egg floats, there’s enough salt. If it doesn’t, add enough salt until it does. 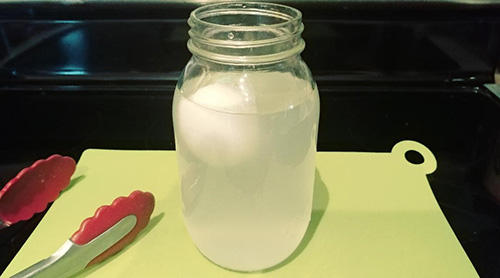 7. Add the meat to the container, making sure it is fully covered by the salt water.

8. If you are going to add additional flavoring, you could do it now. I added ⅓ cup sugar, 4 bay leaves, 3 garlic cloves, and about 20 black peppercorns. Keep in mind, I made a small batch.

9. Place the sealed container in the refrigerator for 1-2 weeks before using. 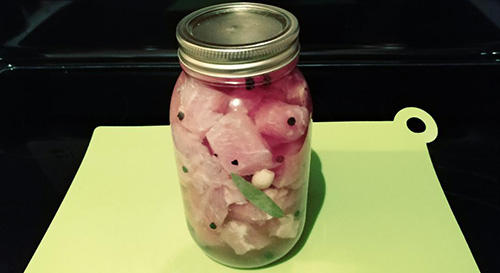 It’s hard to believe, but that’s all there is to it. So incredibly easy, yet a very powerful option for preserving meat for years. Yes, that’s right – if done properly, the meat will stay good for years!

A word of caution though; even though it’s been preserved, the meat is still raw. Make sure to cook it properly before consuming.

The Power of Honey

13 Ways To Keep Your House Cool In The Summer

How To Extend The Life Of Your Laptop, and Cell Phone...

How to Dry Plums for Long-Term Storage Just Like Grandma