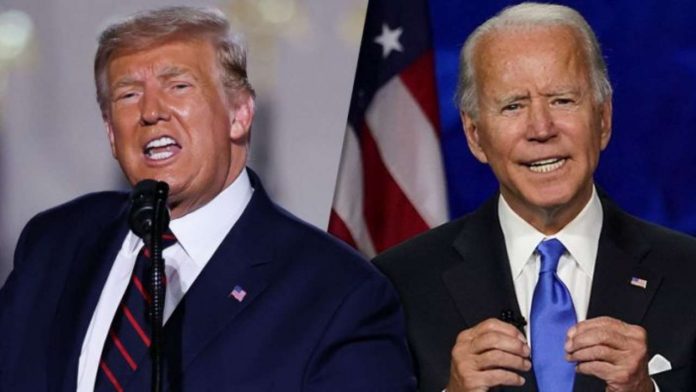 There was never a time when emergency preparedness was on the minds of so many Americans. In fact, you might argue that the world’s collective minds are all thinking, “Is it time to become a bit of a prepper?”.

Places like India are facing incredible infection rates, restrictions, and potential economic issues. Of many, they are one country. Although it might seem like rioting is only happening in your city or state, riots are happening all over the world!

I also found that without taking on the moniker, many more individuals do prepper things. I am a people prepper. To my ears, this is music. I want to see as many people ready as possible. Actually, I believe that prepping is just a return to the lost ways and skills that have dominated our past as humans.

In certain aspects, these polarizing elections are going to impact preppers. Some of them are going to be fine, some mediocre, and some outright nasty!

Related: What Do Interest Rates Tell Us About the Future Economic Crisis?

I think we can all agree, without being too political, that this election is going to be a complete nightmare. Not sure what part of it you have lost confidence in, but it seems like a disputed election and protests are a given to follow. Americans seem to be in agreement with this for the first time in a long time. It’s not some kind of prepper conspiracy.

These elections, though, are hardly all negative for the Preppers.

Many are certainly influenced by the devastation that has torn through our nation while riding shotgun with the pandemic. People see that these warnings from preppers and survivalists are more than that. We’re swelling our ranks and that’s a positive thing.

Although getting our cool “group” invaded by people who have not heeded our warnings over the years can feel a little odd, it is vital that we welcome them with open arms and help them get settled in.

These elections and the turmoil that follows will produce more preppers altogether.

It is fair to assume that you are lone wolf material if you are not drumming up conversations with neighbors at this point. It’s not easy and it can be scary, but it’s like gold to have a neighborhood of people who are turned on to threats!

Right now, talking about stuff like community protection, neighborhood watch, emergency planning and the like is simpler than ever. Give your audience your experience, and see who bites. You could find some friends in your own culture if you put yourself out there a little bit.

Time to Level Up

The number of preppers at the starting gates will grow in these elections. It might be time for you to consider taking things to the next stage if you’ve been sitting on your laurels. To increase your own level of preparedness, use this opportunity.

Maybe it’s time to jump to solar power, dig a well, or even start some new prepper hobbies like blacksmithing, woodworking, archery, detecting metals, or something else you’ve been trying to do.

You could turn your home into an urban homestead all the time! No matter what you do, to step up your game, use the inspiration of all these new preppers!

Calamity and street chaos make new preppers. The possibility of botched elections and a divided population of Red V Blue also helps the prepper ranks to swell. That said, all of this, too, has some downsides!

As Far as Firearms Go

Or ammunition! More and more people will purchase guns to defend themselves when our social media feeds are hijacked with videos of abuse and murder on the streets.

In the last 6 months, we’ve welcomed 5 million new gun owners to the ranks! This increase in gun ownership has caused a short fall in inventories of firearms and ammunition everywhere. It is difficult to locate weapons and ammunition is overpriced.

When it comes to preppers wishing to add to their stockpiles, this is a concern.

A radical level of censorship has all been impacted by social media, academia and the modern workplace. Only the national tension generated by the election would worsen this.

Although preppers have a vast amount of knowledge to guide people navigate the coming turmoil, their voices can be silenced in these areas, and others, because of items that bristle against the’ norm’ such as religious, political, or social values.

As Far as Resources Go

Who could overlook the Toilet Paper Gate? This presidency, combined with the frightening combination of the flu season and COVID-19, will trigger new national lockout restrictions. Individuals will see it coming this time and resources will be scarce.

Once again, the supermarkets may be scarce and the services preppers have come to depend on to construct their prepper pantries and there might be no cleaning stockpiles available, again.

Your favorite online prepper outlets, along with the additional pressure on supermarkets and vendors, will still struggle to keep supplies on hand.

For the suppliers, this is fantastic news, but bad news for preppers who are still stocking on their food storage. It will become harder to buy prepper-related products and the wait will be much longer.

Based on the upcoming elections, there are some positive and bad stuff that will impact preppers. There are still some things coming, though, which are just plain ugly! Some by legislation and others through the prepping industry itself.

While the issues of mail-in votes and support for post offices are easy to bark about, there are far bigger problems.

There were many risks at the height of the pandemic that perked up the ears of preppers. Those who may have had extra masks, hand sanitizer or other items required for front line emergency personnel working with those who were ill were targeted by the administration.

The warning focused on individuals who stockpiled these products for resale, but who knows how far these risks would have gone if the shortcomings continued. Are you prepared for the “Greater Good” to turn your preps over?

With many more preppers building supplies of food storage, continuing shortages will certainly influence our government’s messaging and a concentrated lens will be held on preppers who have “to spare” food for those who have not prepared!

Though there are many individuals selling legal prepper goods, the demand is booming for prepping, survival, and emergency preparedness. This implies that there is money to be made and low-quality goods will be thrown at that market by unscrupulous drop shippers and affiliate marketers.

This is more of an issue for fresh preppers who can not differentiate between quality goods and cheap Chinese goods, which are manufactured to maximize profit at the lowest price point. To take advantage of election time volatility, the snake oil salesman will be completely affected.

The nation will be changed forever, no matter the result of this referendum. No matter which side you fall on in this matter, you need to realize that preppers and Americans in general will all be more worried about their nation’s situation, more angry, and more disturbed.

For preppers to watch, the laws that spin off the next administration will be relevant. There will be high laws of emotion that will influence our country for a terribly long time. We could easily become more marginalized citizens as the economy fails, the nation is gripped by violence and the government overexerts its efforts to appear productive. We have to stay vigilant.

Preppers will survive the forthcoming election, but it will be difficult to understand the world they inherit.

Where to Go When You Don’t Have a Nuclear Bunker

Survival Uses For Drinking Straws You Normally Throw Away