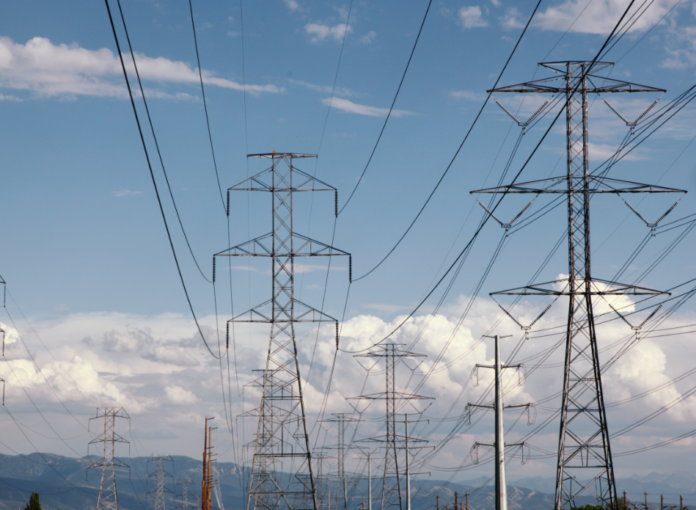 The electrical grid is one of the most vital aspects of modern infrastructure, and ironically, the most vulnerable to attack, both natural and man-made. The 1859 Carrington Event reduced large swathes of both the American and European telegraph networks to ineffective, non-functional scrap in an instant. Bear in mind that the telegraph of the day was akin to our modern cell phones. Such a loss hampered both the personal and professional lives of a vast portion of the “industrialized world” of the day. In 1989 the outer fringes of a solar storm left virtually all of the Canadian province of Quebec powerless.

In 2012, a solar storm far larger than the two previously noted events just barely missed hitting the earth. Such a storm, had it hit, would have virtually destroyed most of the electrical grids around the world, leaving not just cities or even singular states or provinces without power, but entire nations. The estimated death toll from such a (relatively common by universal standards) global event would number in the tens of millions. Despite cries of “Conspiracy Theorist” or “Alarmist” or other similarly derogatory names and connotations; being a “Prepper” merely means being prepared … for what is by all rights and in all likelihood, an inevitable eventuality under current circumstances with modern technology limited as it is.

Not If, But When

While the 2012 storm was not pre-reported and was barely covered in the news, it was only one extreme event in a series of similar events that have occurred throughout the history of the planet. Much of the talk these days refers to rebuilding the grid in the event of such an occurrence. These projections, however, fail to take into consideration, the fact that many, if not most of the people who have the capacity to do this, live in the inner cities, and many would not survive a catastrophe of this nature.

Further, this totally ignores the logic behind rebuilding such a flawed and eventually failed system; to begin with. Even if the grid were wholly reconstructed, it would not reach the preppers until after such time as peace and order had been “restored” in the inner cities, likely through martial law and all manner of infringement on individual liberties and freedom. Even then, power would be intermittent and less than wholly reliable, as it already is in far too many locations ideally situated for the serious prepper. Thus, it is necessary for the Prepper to consider alternatives to such an eventuality.

If you are like the author, you likely have numerous small Faraday cages on site. They are likely filled with CB Radios, spare laptops, maybe even a spare Ham Radio, electronic components and other electronic equipment, and perhaps even a spare brain box or three for vehicles. Some people may even have a spare alternator or three in their Faraday cages. And if not, they should be added at the earliest possible point in time. It may not actually be a bad idea to store additional twelve volt DC, deep cycle marine batteries into a cage or two as well, and maybe keep some fifty-five-gallon drums and a fan belt or three on standby.

One of the first issues the author had on their homestead; was a dead battery on the vehicle and no means to charge it. Ultimately; this issue was resolved to utilize a weed eater on hand; attached to an alternator belt; tied down with an assortment of tape and rope to spin the alternator and charge the battery. This experience ultimately resulted in the need to add power to priorities for the Prepper Paradise the author owned at the time.

Working on a budget, the end result was a homemade windmill constructed out of two fifty-five gallon drums that had been cut in half vertically or lengthwise, the rear end from a junk car, an alternator, a harmonic balancer where the rear u-joint would normally go, connected to the alternator via a standard fan belt and a rather crude, though effective centrifugal brake due to the high winds blowing across the desert of Northern Nevada. The expensive power inverter, however, was beyond the financial capacity of the author at the time and had to be put on hold. Still, power was both a priority and a necessity for any work to be accomplished on the prepper property.

The answer involved a great deal of rewiring for both the camper and the house trailer that were home at the time. Fortunately, most of this was done with speaker wire and the standard light switches worked just as well with speaker wire as they do with electrical wire. Though what can really be accomplished when a house is wired with twelve volt DC current? The answer? A whole lot more than most people would imagine.

Some wheeling and dealing with a local junkyard ultimately resulted in the acquisition of a half dozen deep cycle marine batteries. Headlights, even before the days of the Xenon Headlights were quite sufficient for lighting up even the largest rooms in the camper and the trailer. The addition of reflectors helped to spread the light more evenly through the rooms. Standard 1156 signal bulbs (or 1157) brake lights worked fine for lighting the hallway, the bathroom and just for keeping a little bit of light inside even at night. The advent and expansion of LED displays and other lighting technology make twelve-volt lighting today virtually indistinguishable from standard AC voltage lighting.

The author (and likely his neighbors in the city and definitely his dad) would have to admit to playing the music a little too loud. But can this be accomplished when living with only a twelve volt DC system? Granted, some of the “Boom Box” cars use a power inverter to power their car stereos, but even the old car stereos with a good graphic equalizer and a power amp were more than sufficient for filling any single room, or even the entire trailer with the desired melodies being easily heard, often in amazingly good stereo quality.

The current technology of today is such that a twelve volt DC system will provide television with DVD and VCR capacity, more incredible stereo sound and volume and can even run video games, laptops and other means of entertainment. Additional advancements in technology allow for a twelve-volt “cigarette lighter” attachment to be utilized for many things that may otherwise not run on twelve volt DC power directly. Charging cell phones? Not a problem. CB radios and other means of communications can be run directly without any need for an expensive power inverter.

As was noted in the opening phase of the article, such a solar storm is scientifically, geologically and statistically inevitable. As a prepper, what is more, likely to be a more immediate concern? Rebuilding the grid that failed to begin with, in large urban centers with starving populations, rioting and killing virtually unchecked, restrictive martial laws, or having the capacity not only to re-power their own Prepper Paradise and maybe even having an adequate supply of the requisite materials on hand, and more importantly, the knowledge, to provide power at home?

Plans are readily available for homemade windmills such as the one described herein. Virtually all of the larger storage locations that are not used on a daily basis should be established or built up as Faraday Cages, and they should be fully stocked with an ample supply of relatively cheap and available parts and supplies. Fifty-five-gallon drums can be purchased inexpensively, often from businesses that routinely discard them and even clean them before selling or disposing of them.

Used alternators from a junkyard can be hooked up to anything that spins for testing. To test them, merely use a screwdriver or other long steel object with a plastic or rubber handle and touch it to the center of the rear of the alternator. If there is a magnetic response; the alternator is generating an electrical charge and can be used in a windmill or any other means that will allow for it to be constantly spun to generate sufficient electrical energy to maintain a charge on the batteries. For a small added cost, there are even devices that can be hooked up to the battery bank to show the actual charge remaining in the batteries or other equally relevant and important information.

Ideally, all of the inadequacies of the current electrical grid system will be fully re-designed, planned and implemented before the inevitable solar storm destroys the power grid. Such a scenario, however, looks increasingly unlikely as, despite numerous warnings and comparatively minor events in the past, absolutely nothing meaningful or substantial has been done to reinforce the power grid. In the event of such a catastrophic disaster, an inexpensive but expansive selection of spare parts, properly stored for such an eventuality, with the proper knowledge, can quite literally leave the prepper in a position of real power, both literally and figuratively.

Prepping Your Car for Emergencies

23 Prepping Items that You Can Find at the Dollar Store