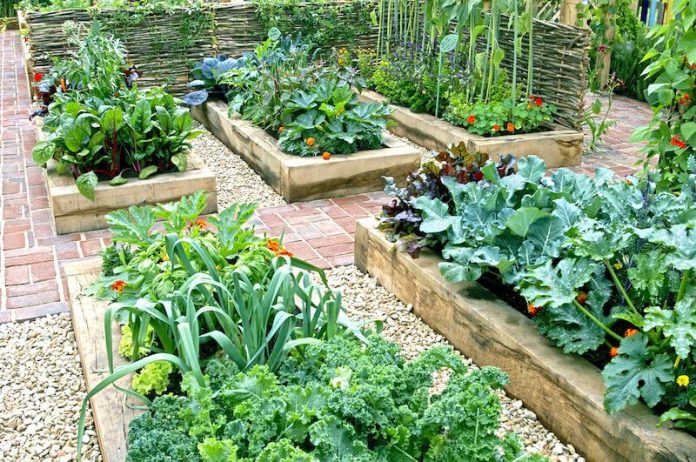 Companion planting can not only help your growing plants thrive, they can also deter pests infestations that can greatly reduce your harvest yield. Grouping together specific plants may also help prevent the depletion of nutrients in the soil.

In fact, some common garden plants curtail the ability to thrive when either planted near each other or near specific trees and bushes that grow near your gardening areas. Keeping the border around your growing plots clear of debris and harmful trees, like the Black Walnut, will help prevent problems of yielding and eliminate places of harmful insects during the winter season or make their homes in the garden.

Using companion planting techniques to group together crops that can infuse additional nitrogen into the soil can improve your harvest.

Not all bugs are bad. Courting beneficial bugs into your garden and providing them with a home in a cluster of companion plants might just improve your yield. Helpful insects aren’t eating your crop, but the bugs that dine on it.

Some plants, like pole beans, may grow steadily while supporting other crops-in this case, corn stalks. If plants are heavily loaded with vegetables, they will sink and cause breakage that will destroy the plant, allowing dangerous bugs and bacteria to enter.

Planting a border of different herbs and marigold plants along the garden perimeter, and in with some companion plant groups, defending the most valuable crops against harmful insects and exposure to the wind.

This form of companion planting uses both herbs and ornamental plants which urge harmful bugs in their direction only to sicken or kill them after being snacked upon. As a first line of protection against harmful insects, trap crops such as geraniums and borage should be planted either protective herbs and flowers at the border of the garden or just several feet in front of the protective border. Both geraniums and borage should be planted near crops that Japanese beetles love – such as broccoli and cabbage. The plant scent will attract the highly destructive beetles in their path and then kill them after they have been chewed on.

In your companion plant model, nasturtiums are also great trap crops to layout. They’ll be drawn to beetles of almost all forms and aphids. When the nasturtiums have been packed with the dangerous insects, remove them carefully from the ground and drown or burn the insects.

Related: Protecting Your Garden Against Pests And Diseases

When plants are prone to either sunlight or wind, or both, are overexposed to extremes of this kind of weather, they can die within days. According to companion planting protocols, less fragile plants in a grouping may protect others, without harming their own growing path.

None of those trees should be near your garden. A single black walnut tree grown within 100 feet of growing space will destroy all your diligent companion planting efforts.

These release juglone, a chemical compound, into the ground. Juglone causes leaves to wilt and yellow – and even the untimely death of otherwise healthy plants. The chemical compound in black walnut trees is not only present on branches and leaves, but also in the nuts which lay on the ground. Juglone is also secreted through the root system of the black walnut tree.

How much juglone the black walnut trees excrete will vary according to season. The amount of juglone present in the tree is reaching its peak as the nut starts to mature. This takes at least two months after cutting the fruit, to extract the chemical from the soil.

Both walnut trees breeds make juglone, including hickory, pecan, and butternut trees, but the black walnut has the highest percentage of this crop killer. Plants that are most susceptible to juglone include tomatoes, varieties of pepper, Aubergines, and potatoes. Onions, corns, beets, and carrots tolerate the chemical compound than others.

Walnut tree leaves can be safely composted but not until two weeks after falling to the ground or staying on a cut branch. It takes at least 14 days to detoxify for air, water, and environmental bacteria once it is removed from the tree.

Related: 10 Trees Every Survivalist Should Know and Why

After walking around your garden area to clear it from walnut trees or debris bugs, sketch your rows or container alignment with the border areas first followed by companion plant groupings to help give your crops the best start to life – and a bountiful harvest for your family.

Bug Out in the Forest

How Do You Know if a Canning Recipe is Safe

This Common Household Item Is One Of The Most Useful Survival...

News – US Wheat Can No Longer Compete

How To Siphon Gas Out Of A Car The Prepper Way