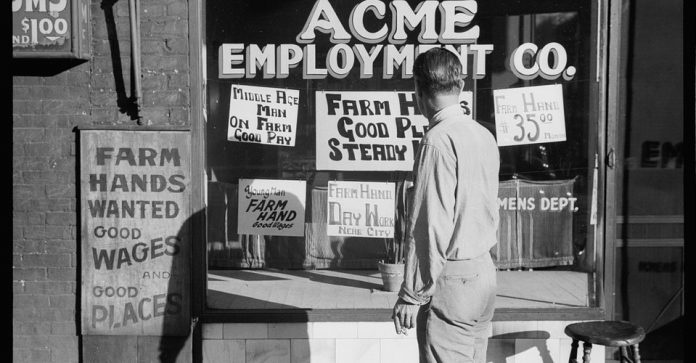 As a result of the depression that started in America, the Great Depression has been an incredibly challenging time across the world. Unemployment in the United States hit 25%, and the bank assets of most people were wiped out. People started moving to other areas in search of employment, and farmers started migrating in the false hope that the situation would be better in neighboring regions.

Those who survived the Great Depression developed patterns into their lives that they found difficult to alter, such as refusing to part with something that could come handy in their lives at some future stage. To them, cutting off and discarding the ends of a loaf of bread is not a good idea and certainly is scraping the wrapper of a cheese block. People have practiced smart budgeting during this tough period, by doing something with less.

Related: 50 Tips From The Great Depression

The Great Depression has lasted for over a decade and that generation’s people have developed budgeting strategies that are effective even today. On a financial point of view, there is certainly something that we can learn on our elders, who have survived a tough history. There are a couple of tips our grandparents and great-grandparents used to survive the Great Depression.

Our grandparents were experts at repurposing items that had been used before. Using plastic bags as garbage bags and using old t-shirts and socks as rags are some great hacks that we can learn from our elders. It is an outstanding money saving technique. Recycling and reuse is a strategy that appears to be very useful for saving money, rather than wasting money on new products.

Related: Things to Recycle in your Compost Bin

People did not have enough savings in their bank accounts during the Great Depression, and so they used cash for any transactions. The technique will save us from unnecessary debts.

3. Try to Be Self-Sufficient

4. Budgeting Using a Diary or Envelopes

To keep track of their spending, our grandparents and great-grandparents did not have electronic devices, so they used diaries and envelopes to budget their expenses. The conventional method of keeping a diary can still be used by beginning with planning how much you want to spend per month on each category, namely lodging, transportation , food, etc. You can hold multiple envelopes, each dedicated to a different category, and begin by adding the sum for each category that you assign. For that reason, you only use the money from each envelope.

Related: 17 Forgotten Preservation Hacks that Will Save You Money

5. Buy Used Instead of New

If you’re really interested in saving money, you’re going to have to do it in every place. When buying used rather than new ones, like cars, toys, clothes and so on, you can save a lot of money. The barter method is an ideal way to save money, which was a common occurrence during the Depression Era. You could even trade some of your skills out of a neighbor’s garden in return for some fresh produce.

Related: 100+ Items to Barter in a Post-Collapse World

6. Weigh Your Wants and Needs

Complying with your needs is essential, but it is not essential to fulfil all your needs. During the Great Depression, Americans learned to distinguish between their needs and their desires. They learned to survive without it, because they didn’t have everything they needed. Similarly, you may follow suit here. If you already have something that fits your basic needs but are wanting to purchase something better or a newer version, keep using what you have instead of purchasing something new. For example, wear clothes you already have instead of buying new ones, and if it works well, use that two-year old cell phone instead of getting yourself the latest model. This strategy is among the most effective strategies that many financial and budgeting experts also have in common. As Warren Buffet notes, “When you buy stuff that you don’t need, you’ll soon be selling items that you need.” This technique also holds true for investing. In addition, check the 11 survival tricks that I have learned from homeless people.

7. Try Your Hand at Freelancing 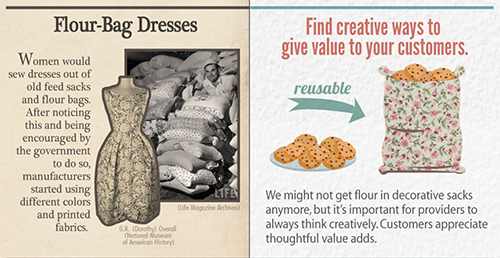 Also, if you have a full-time job, it’s still a smart idea to earn some extra bucks. Many people did freelance work back in the 1920s and 1930s, such as selling photos and home cooked food. Showcase your special talent or hobby and raise some money as a passive income to keep the flow going. Currently, several websites specifically cater for freelancers, giving them the ability to sell their work online.

8. Plant Those Seeds for a Lush Garden

Each time you bring home vegetables or fruits, do not forget to extract the seeds from some of them or dry them out, and then replant them in your own garden. It helps keep your garden going over the summer, so you won’t have to waste time elsewhere on vegetables or fruits. Americans used this technique of growing seeds back in the Depression Era at their own farms.

9. Let All the Members of Your Family Contribute

That’s exactly what the American people did during the Great Depression Era. Of course, they won’t be able to financially contribute if you have small children, but they can help out in many aspects. You and your spouse should both do your bit when it comes to taking up the entire family’s financial burden.

10. Scrape to the Last Drop

Yeah, you read that right. Back in the 1930s, people never let go of even one drop of ketchup, toothpaste, shampoo, and so on. They assured they would scrap the bottles to the last piece. By using every household items to the last drop, you can surely save a lot. As the saying goes, “Drop by drop forms a river.”

Surviving the Great Depression has been a struggle for millions of people, and indeed a nightmare. Yet the tips and tactics that people left behind from that generation are indispensable. They spent their entire lives using whatever survival means they had, and still today their saving-money strategies are valid. Economic policies of today are founded on the experience learned during the Great Depression. Will there be yet another Great Depression today? Likely not. But when it comes to saving money we can still be following the lead of our grandparents.

20 Emergencies Your Homestead Will Protect You From

20 Foods that Will Outlast You