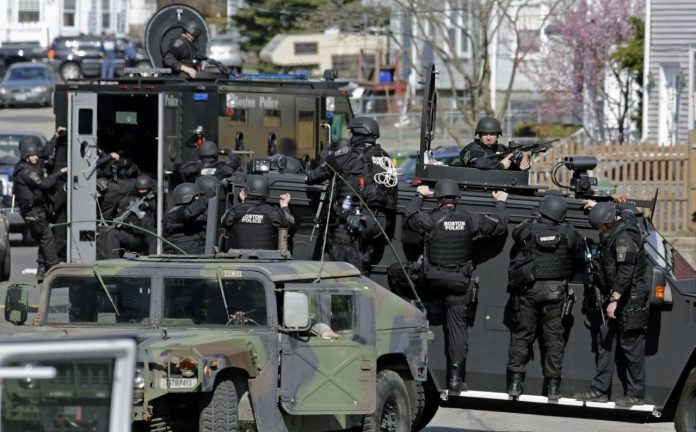 It is difficult to plan to live in a post-SHTF environment. More than anything, we have to know we’re making blind plans. We don’t know what kind of catastrophe we’re going to face or what the post-disaster environment would look like. It’s hard to know exactly how people will respond and what they will do, with those two pieces of information missing. We must, therefore, prepare for the worst.

There is a broad-based presumption that their posts would be deserted by public servants. This presumption, I would have to admit, is completely unreasonable. We are living in a hurricane zone and my wife is an employee of the county. She and her colleagues are expected to accept that, during and after a storm, they will remain on the job, protecting the town’s residents and keeping city services going. Although if things get bad enough, a few may abandon their posts, most seem to be people who will follow through with that requirement.

What about the worst case scenario, though? In the aftermath of an EMP or other grid-destroying incident that would lead to a real collapse of civilization and the financial system, what about a scenario in which they would no longer be paid to do their jobs?

That is a tough issue. For others, like my mom, their places would possibly no longer exist. Yet emergency services and law enforcement officers are the real problem here. In the aftermath of such a significant tragedy, we will urgently need their services. Should they stay at work or would they feel like they had to leave their jobs to take care of their families?

Until the time comes, there’s really no way to know the answer to that question. It’s a very personal issue, so I think some will stay, while others will leave. If they stay or leave will largely decide whether they are friends or enemies.

Related: 50 High Value Items To Stockpile For When SHTF

The Cops Who Stay on the Job

Police officers appear, much like soldiers, to be highly disciplined citizens. Actually, many start off as soldiers, and when they get out of the service, they move to law enforcement. As such, they are mostly individuals with a strong respect for the legislation. Oh, there are a few bad apples, but there aren’t many of them, in spite of reports that say otherwise.

In the toughest of cases, those who remain on the job would be concerned with upholding law and order. The leaders who are already in positions above them will still be liable to them. This means that they would most likely impose martial law if these politicians declare martial law, unless they feel that it is an unconstitutional order.

It could get sticky. Declaring martial law, as we saw during Hurricane Katrina, would possibly mean that they would also be confiscating weapons. In the eyes of every Second Amendment advocate, that would place the police in the position of appearing to be the enemy. It would rely on how you, I and other gun owners would react to them whether they really were an enemy or not. They will use force in retaliation if we use force to refuse their orders to turn over our weapons. Which makes them de facto enemies of ours.

Related: 25 Things We Did as Kids That Would Get Someone Arrested Today

The Cops Who Abandon their Posts

Some police officers, especially if they feel that their families are in danger, can choose to leave their posts. The question in that situation is what they’re going to do to defend and care for their families. While there are very few bad cops out there, out of desperation to take care of their families, there is always the risk that a cop would turn bad under certain circumstances.

These individuals are going to be dangerous because they will be able to portray themselves as law enforcement agents to the public when, in fact, they behave like criminals. In smaller towns, when the police take control, there may also be some situations, just as warlords take over in times of chaos. Should that happen, it would be highly dangerous for the police in question.

Related: What Will the Government Do When SHTF?

It would be the National Guard, not the active military, if military forces are called on to help gain power. Within the borders of the United States, US law forbids the use of US armed forces. Even if high-ranking politicians decided to use the regular Army, it is unlikely that it would be approved by Army officers, both of whom know the ban in the law.

But the National Guard may be called upon by state governors to support law enforcement in preserving law and order. In the case of natural disasters, it is not uncommon for this to happen. In a true SHTF case, I would suggest that we should expect it to happen.

National Guard forces are reserve soldiers and units of the US Army who are “owned” by the governors of the different states. They serve a dual role, both as armed forces owned by the state and reserves for the federal forces. They could function either to assist law enforcement or to provide disaster relief if called out in a disaster scenario. They will be armed in any case.

It is extremely likely that if martial law were proclaimed, the National Guard will be called out. They are the ones who will most likely do the confiscation if weapons are confiscated. They would probably be as respectful as possible about it, but they would do their best to follow it if they were to obey the request.

The National Guard, however, is composed primarily of conservatives, like other armed powers. There’s a very good chance that an order to disarm the populace would be rejected. Military officers swear an oath to uphold the Constitution, and the disarmament order will possibly be seen as a direct breach of the Second Amendment. As such, their responsibility will be to deny the order.

Related: Some Firearm Tips for New Preppers and/or Those Who are New to Firearms

UN troops are the most dangerous of all these options. At the level of the federal government, any decision to use UN troops will have to be made. The troops which would be called in to help restore civil order would not be American troops if such a decision were to be made. They will be unfamiliar with our society and unfamiliar with our rules (other than what they have seen in movies).

A firearm confiscation order would seem entirely fair to these soldiers, particularly if you think that they would probably come from a country where they do not enjoy our rights under the Second Amendment. On the grounds of our Constitution, there will be no recourse to them.

Should this occur, it would be risky to resist an order to turn over your weapons. The fact that there is no federal gun registry is the only thing that will help all of us. Even so, there are states that require a permit to own firearms, as well as concealed licenses that many of us have for carrying them. That would provide them with a point of departure for where to look.

It is reckless to get into combat with armed troops. In such a case, with the exception of a few, the only realistic recourse is to hide all your weapons where they would not be able to locate them, which you will then encourage them to confiscate, making them believe that you have obeyed the order.

It is possible that any police or security forces that were still in service would be there as part of whatever government managed to survive, regardless of the actual situation we would end up experiencing. We can count on them to be there to help unless those powers decide to go rogue.

In such a situation, the only thing that you and I can do is to keep ourselves below the radar, so that we are not heard. Hopefully, if we are not heard, we will be left behind.

Should orders go out to confiscate any stockpiled materials, it will probably be a good time to execute our bug plans. Hopefully, we’ll all have a supply cache somewhere, so that we’ll all be okay when we lose the supplies we’ve stockpiled at home.

One Month $0 A Day Prepping Ideas

What is Your Favorite Food to Stockpile?

Homesteads and Horses: What to Know