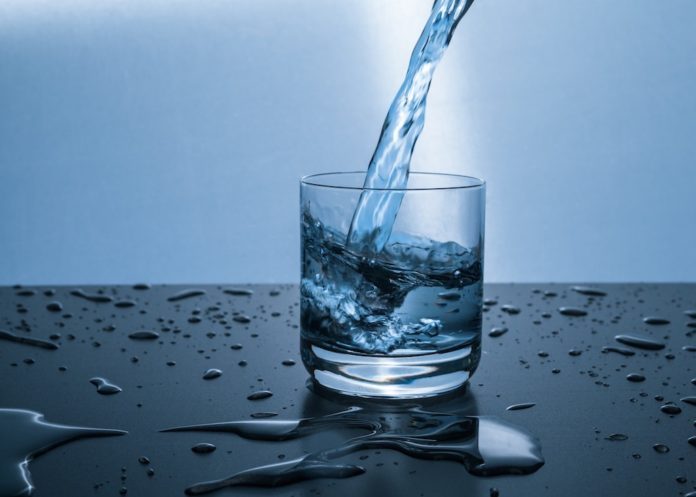 I built a water-powered hammer. I started by making a water spout from half a hollow log to direct water from the creek. This was set up in the creek and water flowed through it. The hammer was made from a fallen tree. I cut it to size by burning it at the points I wanted it cut (to save effort chopping). Next, I carved a trough in one end to catch falling water. This was done first with a stone chisel that was then hafted to an L–shaped handle and used as an adze. This adze only took about an hour to make as I already had the chisel head and cordage made of bark fiber to bind it with.

To save further effort carving I used hot coals from the fire to char the wood in the trough. I put the coals in using “chopsticks” (unused arrow shafts) to transfer them from the pit. The coals were fanned or blown with a wooden blowpipe till the wood in the trough burned. Then the char was scraped out. The sides of the trough were sealed with clay to make sure the wooden sides did not burn away which would effectively decrease the volume of the trough. This was approximately 8 hours work over two days.

With the trough carved I made a hole in the middle of the log as a pivot point. Using the same char and scrape method I burnt a hole right through the log using hot coals and a blowpipe. Again clay was used to prevent wood burning where it was wanted. To burn through the approximately 25 cm diameter log it took about 4 hours and 30 minutes. Another hole was burnt in the end to fit the wooden hammerhead and it took a similar amount of time.

A tripod lashed with a loya cane was set up at the water spout. The axel of the hammer was tied to one leg; the hammer fitted onto the axle and the other end of the axel tied to another leg. The trough was positioned under the waterspout to collect water and the tripod adjusted so that the resting point of the hammer was horizontal (so water wouldn’t prematurely spill out of the trough).

The trough filled with water outweighed the hammerhead and tilted the hammer up into the air. The water then emptied out of the trough (now slanting downwards) and the hammer then slammed down onto an anvil stone returning to its original position. The cycle then repeated at the approximate rate of one strike every 10 seconds. The hammer crushes small soft types of stone like sandstone or ochre. I carved a bowl into the anvil stone so that it would collect the powder. I then crushed old pottery (useful as grog for new pots) and charcoal. Practically speaking, this hammer worked ok as a proof of concept but I might adjust it or make a new one with a larger trough and bigger hammer for heavy duty work.

This is the first machine I’ve built using primitive technology that produces work without human effort. Falling water replaces human calories to perform a repetitive task. A permanent set up usually has a shed protecting the hammer and materials from the weather while the trough end sits outside under the spout. This type of hammer is used to pulverize grain into flour and I thought I might use one to mill dry cassava chips into flour when the garden matures. This device has also been used to crush clay for porcelain production. A stone head might make it useful as a stamp mill for crushing ores to powder. It might pulp fibers for paper even.

The Best Places To Live Off The Grid

7 Ways to Use Rice in a Survival-Type Situation

Did You Know Why Bottled Water Has An Expiration Date?