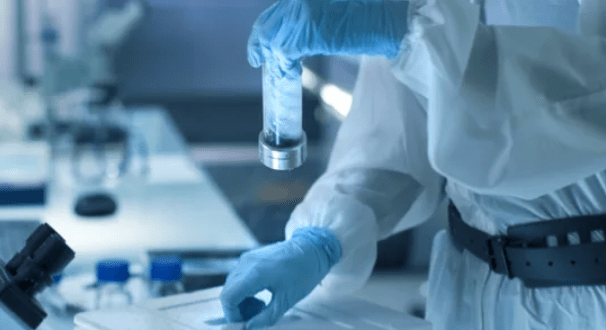 They have used everything they had in both World Wars. If they had more, maybe they’d have used more.

So, without nuclear, biological, and chemical bombs, I can not possibly imagine a third World War. The first person who starts the war will try to annihilate the enemy completely by throwing all he has. This means that the upcoming World War would be one dominated by mass destruction weapons.

There is no doubt that nuclear weapons have the most destructive power but not the most murderous power.

FEMA provides one indication of these agents’ potential killing power as compared to conventional high explosives.

To produce about the same number of deaths within a square mile according to FEMA, it would take:

Biological warfare agents are micro-organisms such as viruses, bacteria, fungi, protozoa (or toxins that they produce) that cause disease in humans, animals or plants and lead to large-scale mortality.

Though rare in the US, anthrax is still common across the developing world.

In 2001, letters containing anthrax spores were sent to a variety of news media offices and two Democratic U.S. senators, killing five. The ensuing investigation became “one of the largest and most complex in law enforcement history,” according to the FBI.

Scientists in the New York Post letter examining the anthrax said it appeared to be a coarse brown granular material that looked like Purina Dog Chow.

Antibiotics can be used to treat all forms of anthrax infection, including intravenous antibiotics (a drug provided through the vein). If someone has anthrax symptoms, it ‘s important to get medical attention as quickly as possible to get the best chances of a full recovery.

Some of the earliest instances of biological warfare were reported to have been the product of the plague, as 14th-century armies were recorded catapulting diseased bodies across town and village walls to spread the plague.

Later, during the Second Sino-Japanese War (1940), plague was used by the Imperial Japanese Army as a bacteriological weapon (air-dropped plague-contaminated fleas that caused outbreaks of epidemic plague).

The bubonic plague kills about two thirds of infected humans within four days without treatment.

Typically, buboes become smaller in 10-14 days when treated with antibiotics, and do not require drainage. Victims are unlikely to survive primary pneumonic plague unless antibiotic therapy is started within 18 hours of the onset of symptoms. 60% of people with bubonic plague die without treatment and 100% die with pneumonic and septicemic forms without treatment.

By the mid-20th century, these bacteria had been weaponized by many advanced countries. Pine Bluff Arsenal near Pine Bluff, Arkansas, in the US – 1954. Brucella and all other biological weapons remaining in the U.S. arsenal were destroyed in 1971–72, when President Richard Nixon ordered the cessation of the American offensive biological warfare program.

Antibiotics like tetracyclines, and gentamicin are effective against bacteria from Brucella. However, it takes several weeks for more than one antibiotic to be used, as the bacteria incubate inside the cells.

Botulinum toxins have been developed into biological weapons agents for their extreme potency and lethality (60%). The toxin causes severe paralytic diseases which result in death.

It is confirmed that three countries identified by the US as ‘state sponsors of terror,’ North Korea, Iran, and Syria have developed botulinum toxins as possible agents of biological weapons.

Botulinum toxin, one of the most toxic poisons known, comes from a bacterium that occurs naturally in forest soils, lake and stream sediments, and some fish and animals’ intestinal tracts.

Botulinum toxin has gained national attention after investigators in Iraq found a vial of the bacteria after Saddam Hussein’s ouster. At the end of the Gulf War of 1991, Iraq claimed it had produced 19,000 liters of the toxin; if true, it was an amount capable of killing the entire earth’s population.

It also forms the most dangerous bacteria in spoiled canned foods.

Botulism is mainly treated with antitoxin (human botulinum immunoglobulin), and supportive treatment. Breathing failure due to paralysis can involve weeks of a person being on a ventilator, plus intensive medical and nursing care. The paralysis gradually improves after several weeks.

The acute form results in coughing, fever and releasing an infectious nasal discharge, followed within days by septicaemia and death. Nasal and subcutaneous nodules develop in the chronic form, and ulcerate eventually. Within months, death can occur, while the survivors act as carriers.

The U.S. (and the Soviet Union) studied this agent as a potential biological weapon, but failed to weaponize it.

Related: 10 Medical Home Emergencies and How to Treat Them

Symptoms include acute pulmonary infection, localized infection of the skin and fatal septicemia (symptoms are similar to glanders).

Similar to Glanders (but for five months)

In 1977 contamination with smallpox was removed from the planet.

For people exposed to smallpox, if given within 4 days after exposure, the vaccine can decrease the severity of disease, or even prevent it.

Currently, there is an emergency supply of the smallpox vaccine in the United States.

No proven treatment for smallpox is available but research is ongoing to evaluate new antiviral agents. Patients with smallpox can benefit from intravenous treatment (intravenous fluids, fever or pain relief medication, etc.) and antibiotics for any secondary bacterial infections that occur.

Biological weapons have the most power to kill, but they are difficult and costly to develop. Therefore, we rarely saw them used in terrorist attacks.

Why Ebola was not mentioned

Because it is difficult to weaponize! Ebola is a relatively fragile virus. Its lifetime on dry surfaces outside a host is only a few hours, and while some studies have shown that the virus can survive in body fluids for days on surfaces, this requires ideal conditions that would be difficult to replicate during transportation.

3 Ways to Open Locked Doors During a Disaster

Tips to Learning Self Defense for Women

10 Heirloom Vegetables For Your Home Garden

The Global Depression Of Our Lifetime Is Coming