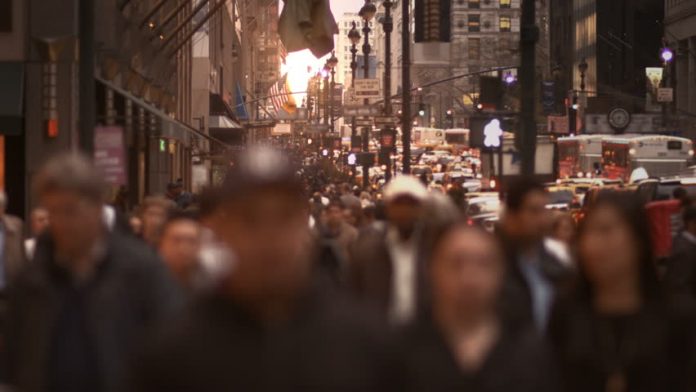 Andy Warhol once said we’d all get our fifteen minutes of fame, but when they happen, it’s great to be able to make a choice. Some times you’d rather not draw any attention – and although you usually have to put some effort into gaining fame, anonymity isn’t as easy as you would think, either.

In a crisis situation the last thing you want is to be noticed. If the threat is a crowd of desperate looters, or the threatened cops and soldiers trying to crack them down, it’s much safer if they don’t want to take a closer look at you. The solution is to be the gray man; the person who’s so unremarkable they just blend into the scenery and don’t attract a second glance. Here’s how to do it.

Let’s start with fundamentals. You don’t want to draw attention from your house, so do whatever you can to make it blend with the neighborhood. Next, avoid wealth displays – and that doesn’t mean just income. Try not to make it evident that you are ready for a crisis; otherwise, as soon as a crisis unfolds, it’s your home for everyone to jump in. Generally speaking, don’t make it obvious that other people might want things you have.

Do not display flags, political posters or banners for sports teams. None of this gets noticed. There are obviously exceptions – if everyone else on the street is flying a US flag, you should, too. When no one else flies one, then don’t. The sentiment is great but it’s just a distracting thing that can draw publicity.

If all of your neighbors have well-maintained yards, bring your own daily job in. When in ten years no one has painted their siding let your own get a little rusty, too. Generally speaking you don’t want your home to be the one everybody pauses and thinks, “That’s unusual.”

It goes double in a SHTF case. Consider disguising the fact that you have a generator if the electricity is out. This is a good argument to get the quietest generator you can find, but you also need to consider other signs that you have one. If your house is the only one with the lights on it’s going to be very clear that you’re prepared, so use your windows and doors with blackout curtains. That should prevent people from realizing you have power.

Related: 100+ Items to Barter in a Post-Collapse World

A Nice Set of Wheels?

The car will give away a lot about you – and if it is noticeable, it will make you recognizable too. American contractors and government employees working overseas often stand out because they drive around in huge Suburbans, when a Land Cruiser or Toyota truck would be just as effective and a lot less visible.

Do whatever you can to make your vehicle blend in. When all the neighbors keep theirs immaculate you can do the same thing – otherwise you’re the guy with the dirty truck that everyone is thinking about and you’re not fitting in with it. Highly visible changes, or even your precious collection of bumper stickers, will all attract attention too.

Check anything on your vehicle that makes it easy to identify you. If you don’t need them, car parking passes should be stored in the glove compartment, and don’t leave personal mail on the seats or dashboard – someone looking in the window will read names and addresses from it. 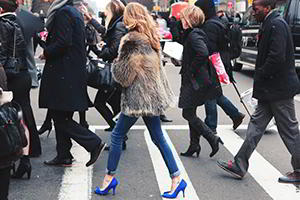 If you’re dressed in a distinctive way this will attract attention. A key element in blending in is clothing and accessories.

The first thing you would like to do isn’t to look wealthy. If you wear a chunky gold watch, or you’re feasting on the new consumer electronics, people would believe you’ve got a decent amount of cash in your pocket. Some will want to lighten your load.

Also, daringly styled or colored clothes draw the eye, and should be avoided – unless that’s the local fashion. Look at what other people wear, and try to suit it, in general at least. If possible dress for the kind of areas in which you are going to spend time, but if you can’t do that, your best choice is a neutral look. Fortunately, that is not hard to accomplish.

Better clothing colors are brown, beige and dark blue. Both of these are relatively neutral and don’t get coverage. Flexible outfit is a pair of khakis and a plain shirt. You can throw a blazer up in the business district and be fairly unconspicuous, or wear a windbreaker and feel more at home in a blue-collar area.

An ideal sweater is a hooded sweatshirt – choose a gray one that has no memorable logos on it. Lightweight, solid color jackets are good, too. To change your appearance quite a lot, you can easily add and remove layers like this; putting a light-colored jacket over a dark shirt will transform you from any distance.

Consider weather matching your shoes. Someone in a soaked shirt will note the guy out in the rain – and at the suicide bomber era, wearing a quilted jacket on a warm day would certainly draw the focus.

Moving back to electronics for a moment, don’t walk around with headphones on or your phone in your hand, if you’re trying to be inconspicuous. You advertise that you have stuff worth stealing, and also that you don’t really pay attention to what’s happening around you.

Feel like you are a part of it. Carry a local newspaper – even if you’re overseas, it’s in a foreign language and you can’t read it. A newspaper acts as a strong shield. Sitting in a café with a book is very unobtrusive when you need to kill time. Normally, every coffee shop has a few customers doing this, and you’ll be fading into the scenery.

Pay attention to what’s going on around you, and change what you’re doing so you’re fitting in the flow of events. When someone walks deliberately – imagine in the morning of a city street when people go to work – don’t be the one to wander. If people are looking around at street stalls, do the same. When you need to go somewhere, you can still make strides in that direction by wandering between stalls, almost aimlessly.

One person hanging out on his own tends to stand out, so if you are able to start a conversation with someone, that is a great camouflage. Look for someone who is just as unobtrusive as you try to be. Talking to someone of your own gender is best; if you’re a male, and start talking to a woman you don’t know, she might respond badly – and that’s a sure way to get loads of publicity you don’t really want.

Blending in just comes down to seeing what the surrounding people are doing, and as closely as possible following their example. You don’t have to be a perfect mimic-only close enough that you don’t attract the attention of people. It is even tougher if you’re overseas and your appearance is obviously different (in this case trying to dress like a typical NGO worker is always a good idea – cargo trousers, polo shirt and walking boots) but even then doing the same stuff as anyone else would make you far less visible.

12 Essential Things You Can Scavenge from Cars when SHTF

How To Make Tea Tree Oil To Treat Infections