When you start making plans for SHTF, you’re bound to include some essential medicines.

And, in preparation for the headaches to come, aspirin may well be top on your list.

But you may not realize that aspirin has uses far beyond relieving your sore head.

This is one item that no prepper or survivalist should underestimate.

The use of aspirin isn’t new to our society. Or, rather, some form of it has been in use for millennia.

As far back as 2500 BC, our ancestors used willow leaves or bark as medicine for aches and pains.

Our grandfathers ascribed willow leaf tea to women as a way of easing the pain of childbirth. 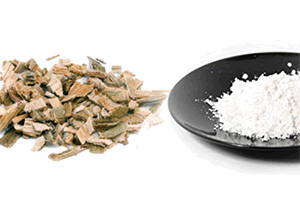 Of course, it wasn’t until the 19th century that scientists understood what made these natural remedies so effective.

Willow contains a natural form of salicylic acid, and it is this compound that holds its medical properties.

It was the pharmaceutical company Bayer that patented the process of adding an acetyl group to salicylic acid so as to make it less irritant. In 1899 Bayer named the result – acetylsalicylic acid – “aspirin”.

Understanding the properties of aspirin is the first step to understanding why it’s important that you have your own stock of this cheap, readily available tablet in your supplies.

Both for its use in a medical emergency, as well as for other survival needs.

Aspirin is most widely known as a drug to reduce pain, fever and inflammation. It is quick acting, easily found in most drugstores and cheap.

In US Pharmacies, a supply of 36 tablets costs around $10. It is also available as enteric-coated tablets or in gel form.

But aspirin has properties that take it beyond pain relief and anti-inflammatory uses, making it a go-to tablet for both medical and household needs.

Aspirin for Fever, Cold and Pain

Aspirin for Heart and Stroke 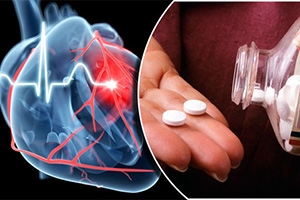 You may have heard that aspirin is a blood thinner. This means that it reduces the blood’s ability to form clots.

If the body is prone to forming clots when it shouldn’t, those clots can get stuck in small blood vessels and cause a heart attack or stroke.

If a patient is at risk of forming blood clots, a doctor might prescribe aspirin long-term, to help thin the blood and reduce the blood’s tendency to produce clots.

Additionally, studies have found that aspirin given shortly after a heart attack decreases the risk of death, as it supports the body’s attempts to dissolve the clot that is causing the heart attack.

It is important not to self-medicate with aspirin pre-emptively if you are not at particular risk of heart attack or stroke. Recent guidelines have clarified that healthy people shouldn’t use this medicine daily as a form of preventing cardiovascular disease.

It is important to note that aspirin is not recommended for emergency treatment of burn wounds, as its blood-thinning properties can make bleeding at the burn site worse.

Take a different anti-inflammatory, such as ibuprofen, to help control the pain and inflammation from a burn.

Aspirin is also no longer recommended to treat insect bites. Research has found that applying ice to inflamed skin after an insect bite is more effective than using ice and aspirin together.

Aspirin in a Car Emergency

If you find yourself with a flat car battery in an emergency, a dozen aspirin tablets may just save the day. 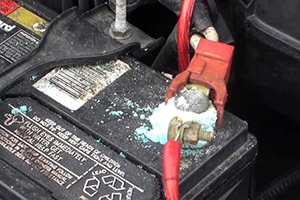 Use a screwdriver to lever open the six cells of your car battery. Then, crush two tablets of aspirin into each cell. Top up the battery with distilled water.

While this technique is a good standby for an emergency, in the long-term it may shorten the life of your car battery.

Aspirin in the Garden

One surprising use for common aspirin is to help with keeping your plants safe and thriving. 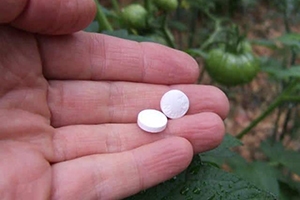 Growing your own food is an important part of being self-sufficient and aspirin can help improve germination rates and make your plants more hardy.

Soaking your seeds in a simple recipe with a teaspoon of cinnamon for an hour or two can impart benefits to the plants as they grow.

Alternatively, watering your seeds or cuttings with this mixture may be sufficient to give similar results.

As your plants grow bigger, spraying them with dilute aspirin in water can help fight fungus and keep pests at bay.

A solution of aspirin in water can also be used for cleaning away grease and grime in a similar way to vinegar. But with the advantage that aspirin tablets take up a fraction of the storage space.

Aspirin tablets can be used to remove stains from your clothes, without the heavy arm-work you might expect when doing laundry without electricity.

But aspirin’s use as a cleaning agent goes beyond esthetics. Left to soak for ten minutes, it can lift rust away from your metal tools, preventing the structural damage that occurs when the rust eats deeper into the body of the equipment.

Now that you know why stocking up on aspirin is so important, it’s crucial that you store it adequately.

This medication has been shown to still be safe and effective for up to two years after the expiration date on the label. But only if it is stored in a way that keeps it from degrading. 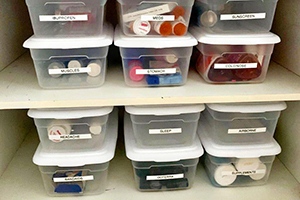 In particular, aspirin should be stored at room temperature between 59 – 86°F (15 – 30°C). The best option is to store it in a locked medicine box that protects it from light, moisture.

If you notice that your aspirin tablets look unusual in any way, do not take them as internal medicine.

However, they can still be used externally or for one of the survival uses listed above.

As with any drug, aspirin should be treated with respect and used carefully. It is not recommended for children under the age of 16. Also, it should not be taken in combination with other anti-inflammatory drugs such as ibuprofen or naproxen, as it can cause bleeding in the digestive tract.

Aspirin poisoning, or aspirin overdose, may happen accidentally either by taking an inappropriately large dose. Or by taking it regularly over a long time period without medical supervision.

The first symptom of an overdose is ringing in the ears or tinnitus. Other symptoms include hyperventilation, vomiting, dehydration and feeling faint. Untreated, aspirin overdose can lead to drowsiness and coma.

Be sure to keep some activated charcoal in your SHTF medicine box. Not only can you use it to treat an aspirin overdose, but it is also good at ridding the digestive system of a range of toxins and poisons. The charcoal compound binds to toxins and prevents them from being absorbed as they pass through your system.

8 Tips For Your Winter Survival Gardens

How To Stockpile Six Months of Food When You Only Have...