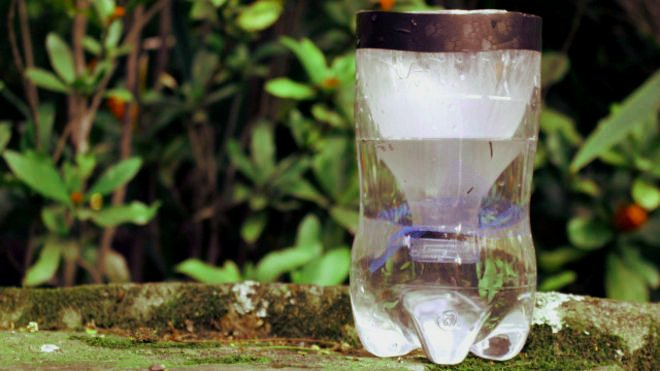 One of the biggest factors stopping people from enjoying their outdoor spaces in summer time is mosquitoes. Nothing ruins a barbeque in the backyard, or even a relaxing evening outside faster than a swarm of mosquitoes that invade your skin. Although, there are some solutions to a mosquito crisis, most of them are costly, made from potentially harmful chemicals, and require regular re-use.

Look no further if you are looking for a chemical-free and inexpensive solution to a mosquito crisis!

You can create your own mosquito trap from ingredients worth less than $5.

There may be other traps out there but this one uses the natural behavior of the mosquito to capture them.

Much like the pitcher plant, which lures bugs in its belly, this trap uses a sticky liquid that draws the flying pests into a plastic container with a funnel top that holds them trapped inside. Better part? Having it requires only limited DIY skills.

Materials for the trap: 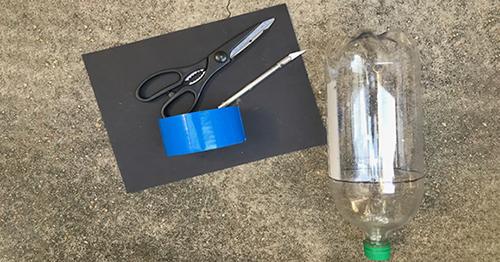 How to make the mosquito trap:

First, you wash out your plastic bottle and remove the label to create the trap. You can use any kind of plastic container, but we found that a 2 liter container works better. Cut around the top of the bottle just below where it begins to narrow into the mouth, using your craft knife. Drawing a line with a permanent marker can be of help. 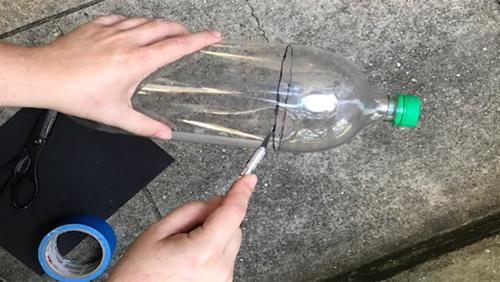 Be careful with your craft knife! If you don’t have one, you can always cut a small hole with a regular knife, then cut around the bottle using scissors. 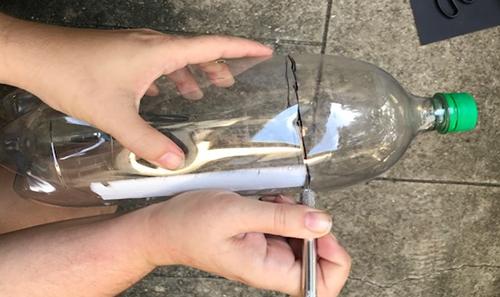 Take off the top. Turn the top of the bottle upside down and put it inside the body of the plastic bottle so it makes a funnel, then tape in place with your duct tape. 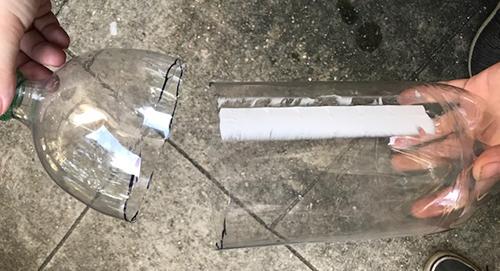 The top of the bottle funnels the mosquitoes into the body of the bottle. Once in the bottle, they aren’t equipped to turn around and fly back out.

Cover your bottle with something opaque such as black or kraft paper, vinyl sheets, or even duct tape. 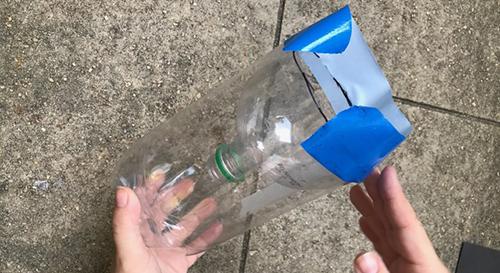 You can wrap it after you add the liquid to check the level of the liquid in the bottle. 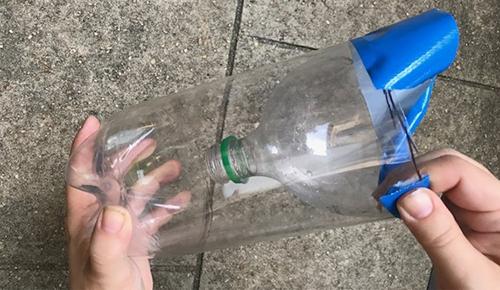 The bottle needs to be covered because mosquitoes like dark places, and they will be more drawn to the bottle. 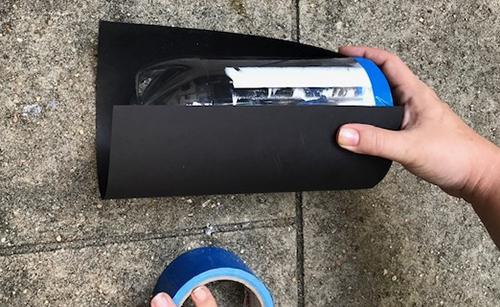 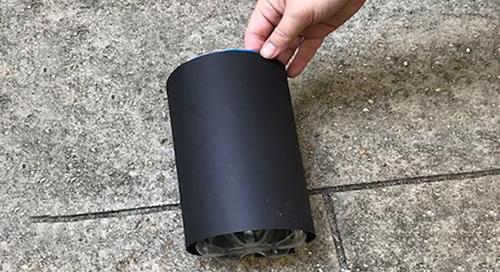 Ingredients for the bait liquid:

How to make the mosquito bait liquid

Boil one cup of water, then add the 3⁄4 cup of sugar to make the syrup simple. When the sugar has dissolved completely, pour it into a heat-safe dish. Then add cold water to your cup and allow to cool.

Following the directions on the package, add one packet of active dry yeast, or two teaspoons if you don’t have the premeasured packets.This is the yeast that is used for baking, not for brewer’s yeast or nutritional yeast. You add it to torrential water (no hotter than 90°F) to promote growth without destroying the yeast, because it will die at higher temperatures.

Pour the liquid into the tub, making sure it doesn’t touch the bottle’s top, so the bugs have space to fly all the way in.

Why does this mosquito trap work so well?

This trap uses those airborne pests’ natural instincts to lure them into a position they cannot escape. Mosquitoes are attracted by carbon dioxide, and this carbon dioxide is released by combination of yeast and sugar water. 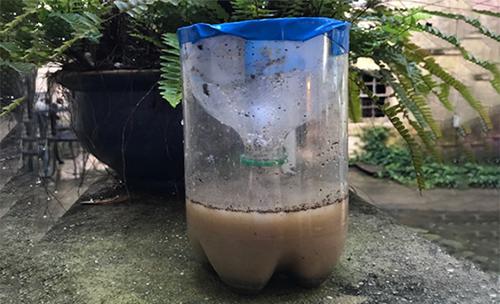 From the bottle opening, the carbon dioxide rises to attract the mosquitoes. They fly through the cloud of gas and then, directed by the funnel, down into the container to also test the sugar water. They are also drawn by the black covering on the trap, especially the female mosquitoes, which likes dark places to breed. The mosquitoes cannot turn around once inside the jar, and fly back out.

The secret to these traps is to put over one out and merge them with other methods of control. While they will attract and trap some mosquitoes, there are just so many of the flying pests that they can’t completely clear an area. So while your DIY mosquito trap will catch some bugs for you, remember to pour out any standing water, plant mosquito repellent plants such as lavender or burn citronella candles as well. Such DIY traps are a perfect addition to an arsenal of existing mosquito controls.

How to Grow Asparagus from Seed

Mission Essential Task List – What to do when the SHTF...

How to Survive a Hurricane – Prepper Edition