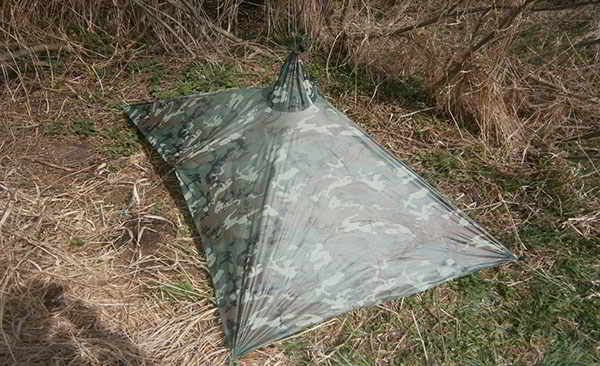 Today I’ll show you 13 ways to make your poncho a shelter.

Every shelter you are about to see has its own strengths: some will better protect you against rain and snow, and others from wind and sun.

There are, of course, many ways in which you can bend the material to make yourself a good shelter, and these are just a few possibilities. Basically it all depends on your adaptability to the situation and where you are.

First I grabbed the rope and cut four smaller pieces out of it. I held onto one of the four ends of the poncho, pinched the material together, and tied a knot at the end, making sure that one of the ends would be longer. (If your poncho has a hole designated for this reason, this step isn’t necessary.) After that, I made a loop at the end of the longer end and did the same with the other three corners.

Related: The Problem With Disaster Shelters

After that, I cut down branches that formed a Y shape, I used these to secure the poncho in place.

First I grabbed a bunch of branches and tied them together with a piece of rope at two different places. I searched for a larger Y-shaped branch, locked one of the sides of the Y between the branches, then pushed it into the ground.

After that, I ended up with this dome shape. 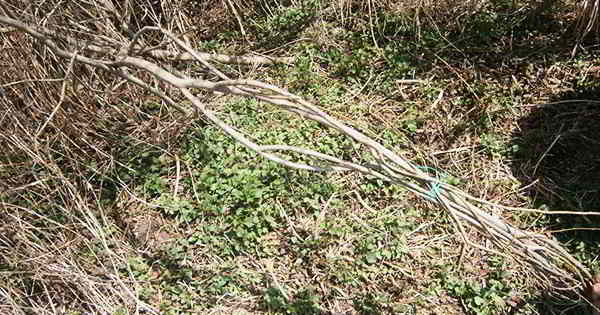 I simply put the poncho over it and secured it by the four corners of the poncho with the loops and the branches. 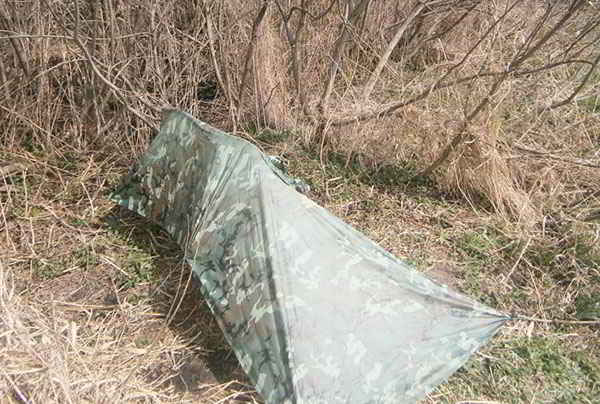 This is how it looked from inside. 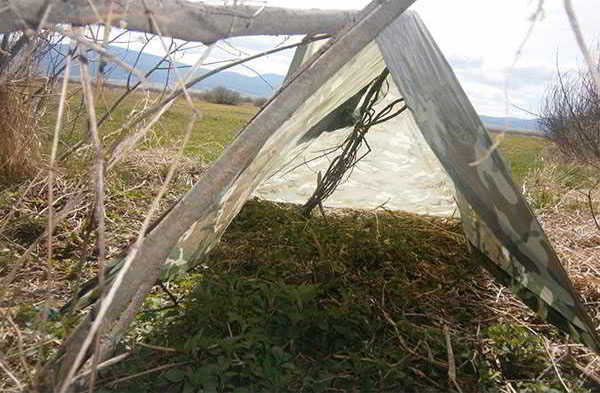 First I searched for a piece of branch that I knew would be strong enough, and then I tied the hood part of the poncho onto it. After that, I secured all four corners with the branches and the loops to make it into a shelter. 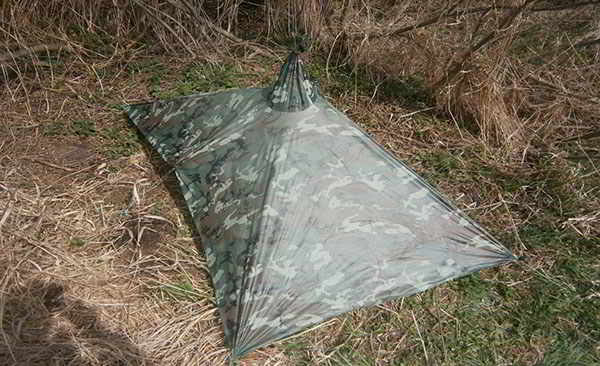 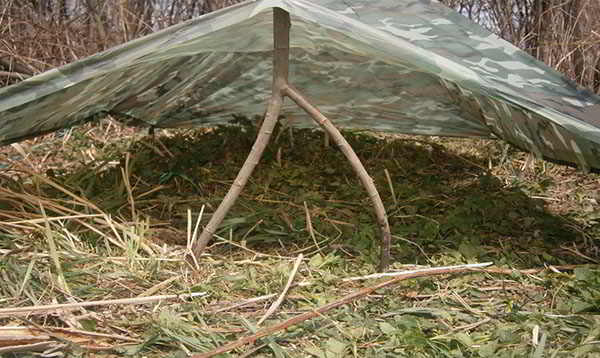 For the next shelter, I searched for two trees relatively close to each other. After I found them, I just tied all four of the corners to the branches and tied the hood up higher to protect against rain. 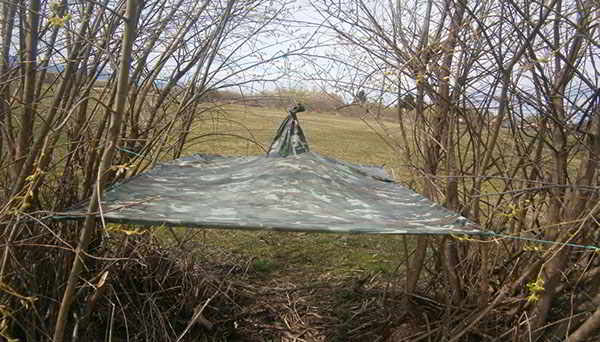 I tied a rope between the two using the same two trees, and placed the poncho on top of it, one side being larger than the other. I secured the back side with the Y branches and the top ones to the tree’s branches, making sure that it was lower than the level of the rope that I used to connect the trees. 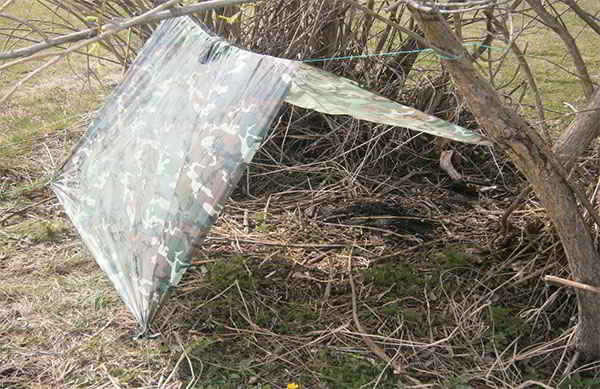 Using the same two trees and the string between the two trees, I was able to make something that resembles the usual shelter form we all know. I simply placed it on the rope and secured it with the Y branches. 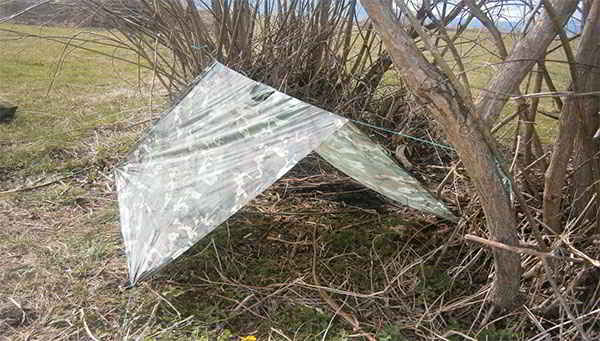 It looks pretty cozy to me.

I placed one side down on the ground and connected the other to the rope I used before. To make it more secure, I tied it onto the rope at the middle top part of the poncho. This way it wouldn’t fall off. Make sure the rope is high so you get more of a vertical shelter. This is ideal to protect against rain. 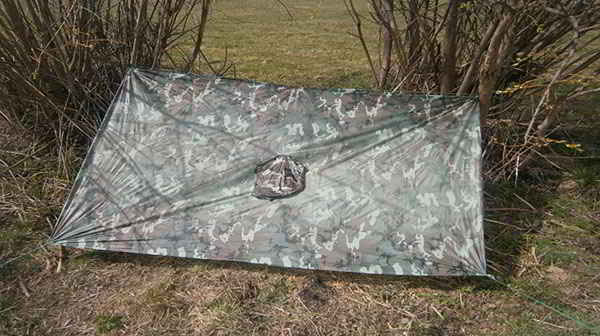 And here it is from the side so you can get a clearer understanding. 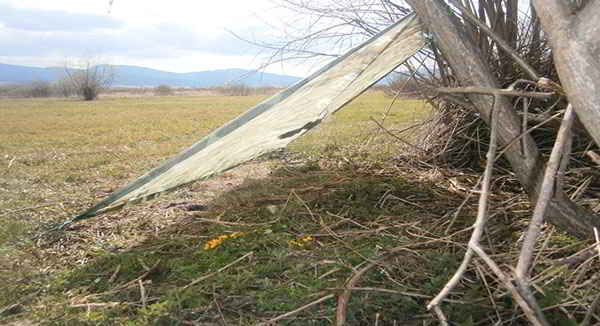 I placed the rope lower and then placed the Y branches a little farther away. This way I can get a more horizontal shelter, which is good against strong winds. 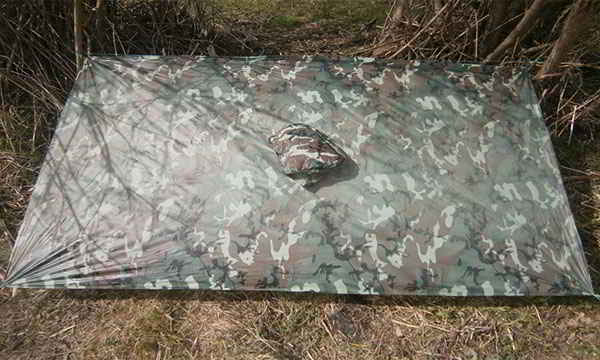 I did something similar to shelter # 4 for the next one, except that while I pulled the rope higher and put it in the same position, letting it hang over just like before, this time I fastened it a little higher than before. When it rains this way, the rain will spill down the shelter’s rear side. 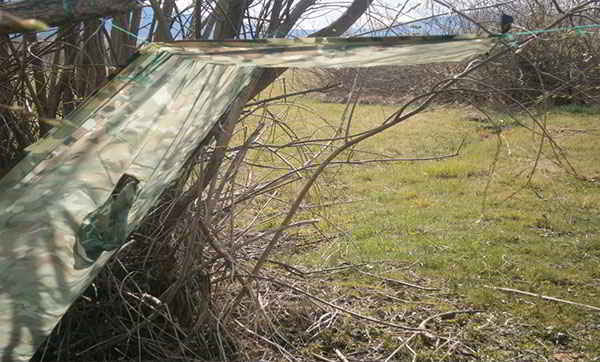 This is the view from the front. 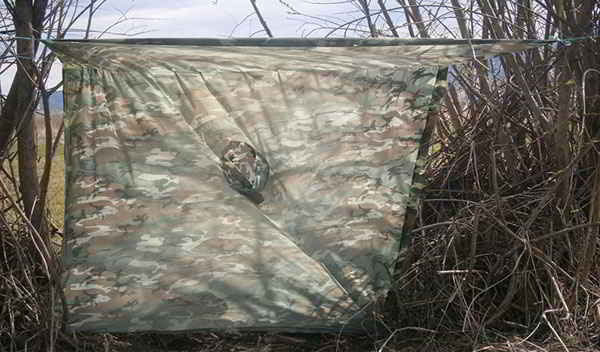 These last shelter styles are for those people who get lost in a place without many trees around. All you need is a few branches, and you are ready to rest.

Related: 15 Tips To Prep For Sheltering

I searched for three branches, two of them, like the smaller ones we had before, were Y shaped. The third one was a simple straight branch which removed all of its smaller sprouting branches. I pushed the two Y-shaped branches into the ground first, and then placed the straight branch on top to make something similar to a cauldron holder. I put the poncho on top and tied it to the ground. 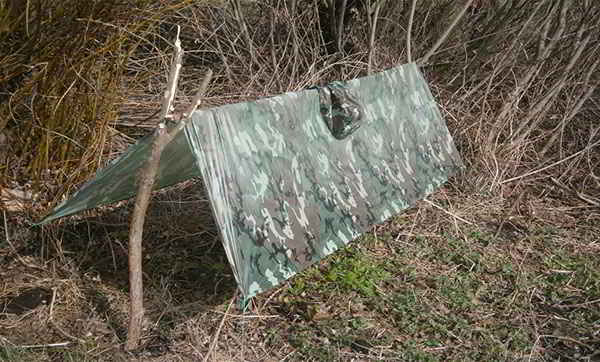 It’s simple but effective—perfect to survive a night in the wild. 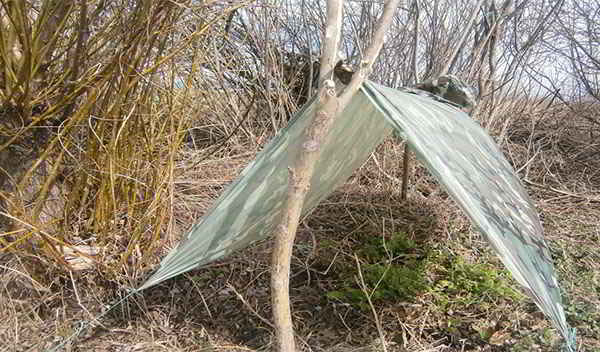 This shelter is one of my favorites. It’s easy and only needs your poncho, the four Y branches, and a long, straight branch.

I simply hit the straight branch into the ground then tied one of the ends of the poncho onto it. After that, I tied the other three corners tightly to the ground to get this interesting shelter design. 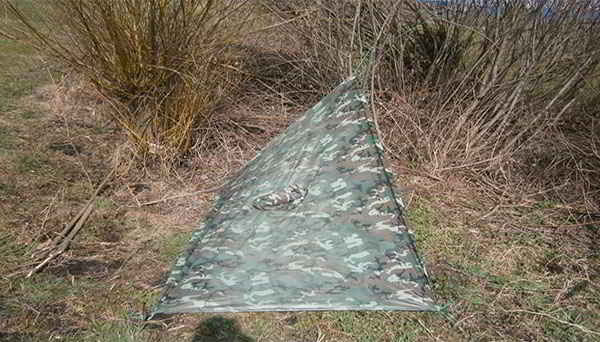 If you want, you can even lower the size of the entrance when you go to sleep by sliding the loop lower on the branch.

For this shelter, I pushed two branches into the ground and hung the poncho up by two of its corners. I then used the Y branches to secure the two other ends. 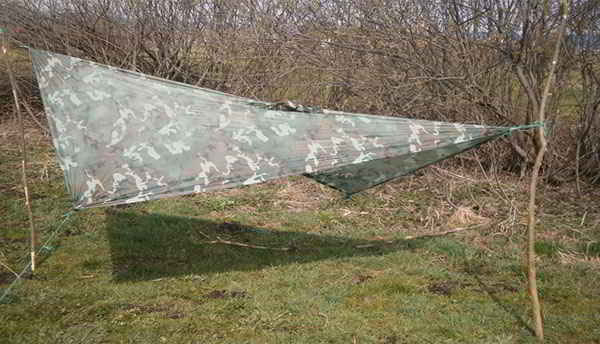 Perhaps this one of the simplest shelters out of all these. All I did was push a branch down into the ground and put the poncho over it, so that the hood stayed on top of the branch. I secured it, and added a smaller branch to the entrance, but it’s not necessary. It is a great little spot to relax when you’ve been walking for hours and need a minute away from the sun. 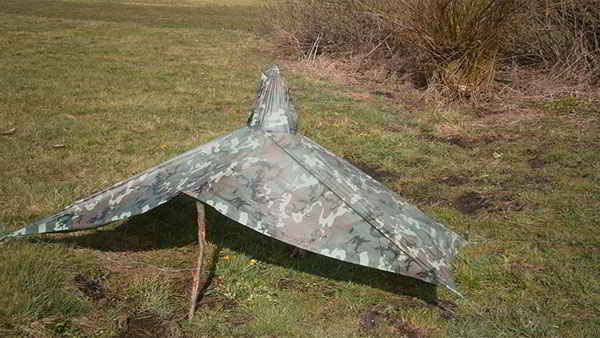 This shelter takes more determination from you but gives you the ability to only need the poncho. Initially, I dug a hole about my size and made sure I got a couple of inches deep.I put the poncho on top and covered it with the Y branches, but like I said earlier, you don’t have to use that. If you dig deep enough, you can collect enough dirt to keep the poncho in place when it is put on the poncho’s edge. You could gather and use some rocks, too. 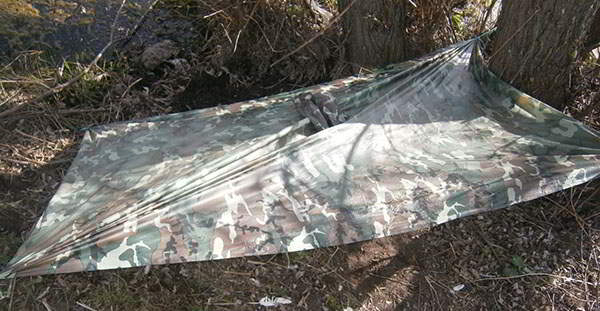 As you can see, you don’t need to dig too deep, just enough to snuggle under there. 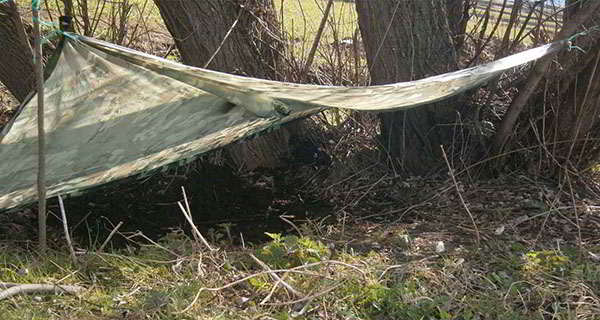 If you don’t think you will be able to bug out click on the banner below to learn how to secure your home from looters.

5 Ways To Cook When SHTF Without Attracting Attention

How To Fight Colds and Flu At Home