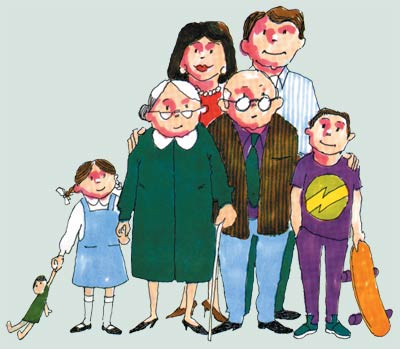 This article will be a sensitive subject and a sore spot for many readers. This piece is designed to provide “food for thought” for a difficult question that will arise for every family during their preparations. I state emphatically that it will arise. So many times in our studies and preparations we approach things from a “dry” pragmatic approach that accounts for everything in the manner of an accountant. We figure out the dollar amounts of our canning supplies, figure out the logistical needs for the family, etc., and come up with totals on a sheet. 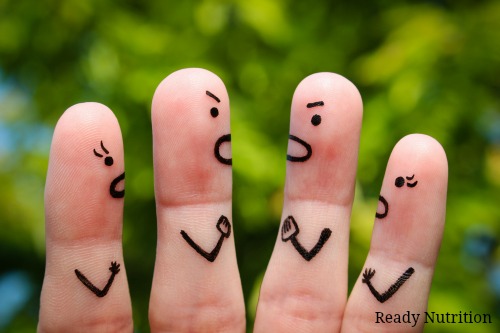 One thing not accounted for and factored into these calculations is human behavior and the effects that it has on the family and the family’s resources.

I have spoken with many people over the course of my time in the Rocky Mountains. It seems that every family has their “Cousin It” so to speak: A label I am employing to describe an incorrigible family member who has never “come around” in all the years of his or her life. No matter what happens, you can always depend on “It” to remain constant. Cousin It may have stolen, abused substances, been constantly combative or argumentative with family and neighbors alike… a “wild man with his hand against everyone and everyone’s hand against him” so to speak.

The big problem is that most families tend to “incorporate” these incorrigible family members into their plans for preparation and survival. They feel compelled to give it a try… never taking past behavior into account. Another thing families do is “lie” to themselves: “Cousin It will be alright… he’ll change his ways when it hits the fan, and we’ll get everything straightened out then.”

No, he won’t be alright when it hits the fan. Adversity doesn’t build character: it reveals it.

You are allowed to cut your losses on this one. Look to history. Lot’s wife wanted to persist in what she wanted and was turned into a pillar of salt. The rest of the family moved on without looking back. Bringing us to the way to deal with such a thing:

You do what you can until you can’t do any more… and then weigh the welfare of the group.

This is a tough subject, isn’t it? You’ll have to search inside of yourself and what you believe in… but you’ll also have to be a realist who takes into consideration others who may not be able to make such a choice… others depending upon you to make the right move. If “Cousin It” happens to be drunken Uncle Ed who beat his wife and children regularly over the past 20 years and still hits the bottle… do you want him in the fallout shelter with you and the rest of your family? Or how about Cousin Tina who is addicted to Oxycodone. Are you going to let her in?

You can try with these people up until the time that the “S” hits the fan: after that, you’ll have to cut your losses in the interest of preserving yourself and your family.

The saying that “blood is thicker than water” is true, and many times teams of more than one family will be ruined because one or more of the family members… incorrigible if you will… are factored into the teams when everyone knows full well they cannot be depended upon. This is a serious issue that will take a lot of time to discuss among the family members prior to a final decision. I strongly believe this should take place, and then there should be a discussion with “Cousin It” as a group… prior to a collapse event. Afford the opportunity for a “turnaround” but give it the time to observe the actual actions of that family member.

When it hits the fan, a decision will have to be made, and that decision is not something that will just affect “Cousin It.”  If things have not changed and he or she is taken in? It may mean action in the future that can jeopardize the survival of the whole group. Think it over carefully, and most importantly, think objectively and not just with the heart. It may mean the difference between life and death for more than just one individual.

The Reason Why Life Expectancy Decreases

Learn How to Save More Money

How To Make Activated Charcoal (Recipe Inside)

Stop Giving Advice, Give Assistance Instead

The Many Survival Uses of Wooden Ash