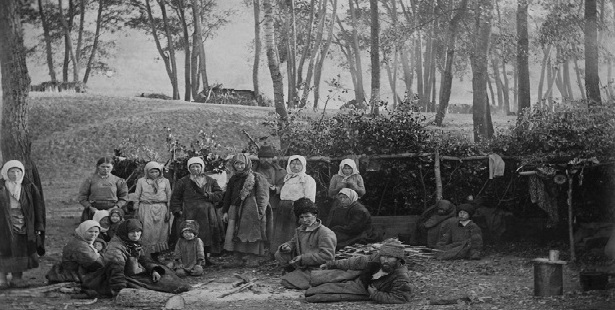 My guess is none of you have been hungry for a long time. But most of you still know the sense of skipping 2 or 3 meals. None of which is very pleasant. Have you ever felt exhaustion or dizziness during that time? Those are the first general malnutrition signs.

An average man can’t live more than 8 weeks without food. A famine like the Tempo Famine in Japan (4 years) could last for years. Not all of us have stocks of this scale. And even stockpiling food to prepare properly is not enough, as you may experience malnutrition if you lack one single vitamin in your diet.

During the Norway Famine

This is a bread made by adding inner bark (carries organic nutrients) to the flour to make it last longer, bake more bread and keep it nutritious. Bark meal typically contains more zinc, magnesium and iron than is present in rye and wheat and is loaded with fibre.

The part of the bark was typically made from trees such as elm, ash, aspen, rowan, birch, pine and moss.

The inner bark is the only component that is actually edible part of a tree trunk, the remaining bark and wood is made of cellulose that no man can digest. The dried and ground inner bark was added: about 1/3rd “bark flour” to the remaining grain flour.

Nevertheless, the bark adds a bitter taste to the bread, and gives a grey-green hue, especially to white bread. While bark is sometimes added as a culinary curiosity to pastry nowadays, bark bread is considered an emergency product, and as is usual with such food, it is phased out as soon as grain supply improves and people have forgotten about this now.

During the Famines of Russia

These were used to make breads or soups during famines in Russia (but you can make polenta, pesto and purée, as well). Native Americans also commonly consumed chamiso and shadscale (two species of orache). Both are rich in Vitamin E (much needed in a food crisis).

When cooked, nettle has a spinach-like taste (prepared exactly the same way), and is rich in vitamins A, C, iron, potassium, manganese, and calcium. Soaking stinging nettles in water or cooking can kill the plant’s stinging chemicals.

At the Siege of Leningrad some breads were made of orache and bran, using machine oil – the only oil still available. (See picture) City authorities issued industry-salvaged foodstuffs to the population. They made hard cakes of pressed seed hulls left over from sunflower, cotton, hemp, or linseed oil production. Those seed cakes in Leningrad sustained many lives.

In France, Germany and Belgium During the Famine of WWI and WWII

This has been widely used as last resort food in Europe during the famine of World War I and World War II. The roots are prepared for human food in various ways, and the leaves can be eaten as a vegetable leaf. The French and the Germans in particular boiled rutabaga creating a stew.

Related: How to Make 10 Types of Survival Bread

During the Irish Famine

It is also called “The Potato Famine” because it was caused by a crippling potato (blight) epidemic.

As a result, kids sometimes went unfed so parents could remain healthy enough to keep working for the desperately needed cash. Many of the workers, poorly dressed, undernourished and fever-weakened, fainted or even fell to death on the spot.

As the famine intensified, looters became commonplace and the British were constantly sending in more troops rather than food. 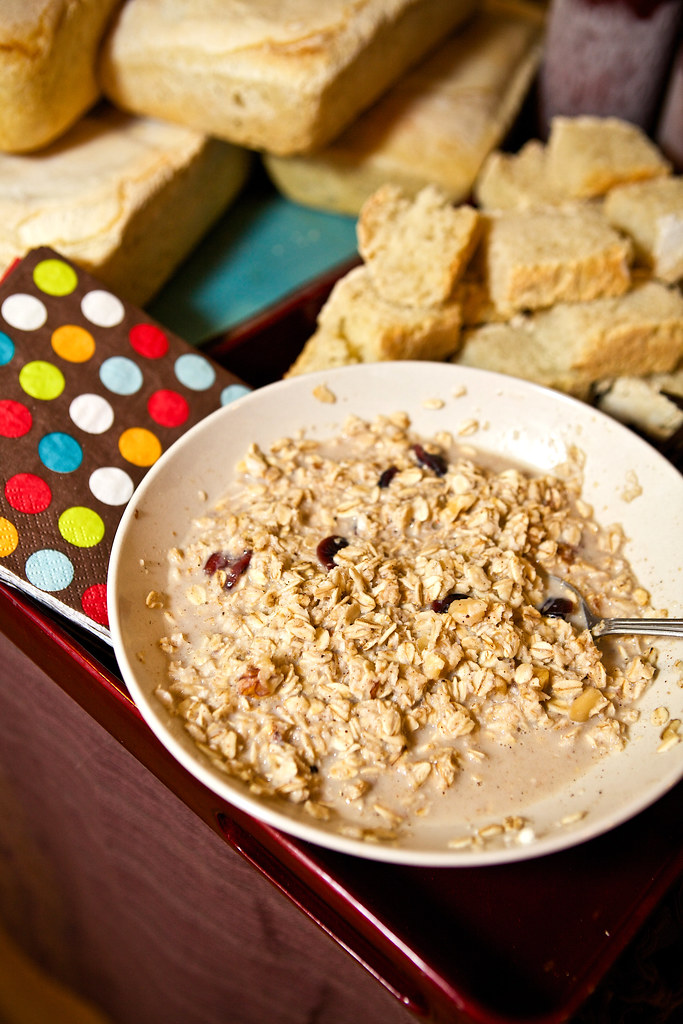 Finally, government-sponsored soup kitchens were set up across the countryside and a nutritious food called Stirabout began to be distributed.

‘Stirabout,’ a large porridge made from 2/3 Indian corn meal and 1/3 rice, cooked with water. A pound of stirabout and a four-ounce slice of bread per day had three million Irish alive by the season.

Related: This Really Happens if You Eat a Bucket of Survival Food

Many having been eaten, had been in short supply. Planters either participated in the public works projects or had been too ill to dig the following year. Some were simply discouraged, realizing that the landlords, agents or intermediaries would seize everything they produced as back payment for rent.

You can buy EVERYTHING with money in a food crisis.

During the Mormon Famine in Western United States 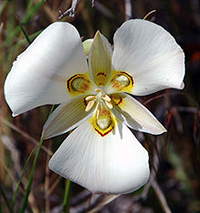 The Mormon settlers did eat sego lily bulbs when their food crops failed. The flora is native to the U.S. West, and it is also Utah’s state flower. The flower bulbs have been roasted, boiled, or made into porridge. The plant was also eaten by Native Americans.

During the Dutch Famine 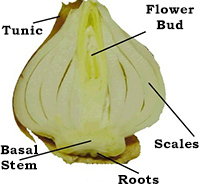 The northern provinces became isolated from liberated parts of Europe during the Second World War. Feed supplies were running low, as were for fuel supplies. Then a tough winter began.

Tulip farmers didn’t plant tulip bulbs that year because of the war situation; large quantities of tulip bulbs were stored on farms around the world. During the drought, authorities agreed to use such stocks as food for hungry people. The tulip bulbs were edible, and cooked fairly quickly.

Below is an account of how the bulbs (of one of the survivors-Father Leo) were prepared:

“The skin of the bulb is removed, pretty much like an onion, and so is the center, because that is poisonous. Then it is dried and baked in the oven. My mother or older sisters would grind the bulbs to a meal-like consistency. Then they would mix the meal with water and salt, shape it like a meatloaf, and bake it. I can still remember the taste of it: like wet sawdust… We still shared tulip bulbs and sugar beets with those with hand-drawn carts who continued to go from door to door. I think seeing my mother still give to the hungry at this time, even though we had very little, made me want to be a missionary.”

They even boiled Sugar beets and ate them. High in fiber, manganese, and are a good source of vitamin C, potassium, and magnesium. Moreover, the greens are actually the plant ‘s nutrient powerhouse. They are extremely high in fiber, vitamin A, vitamin C, vitamin K, riboflavin, calcium, iron, magnesium, copper and manganese. 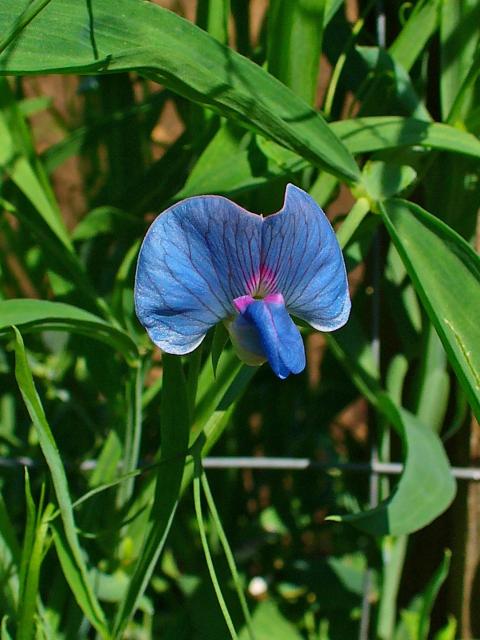 It is a particularly valuable crop in areas prone to drought and famine and is considered an ‘insurance crop’ because it produces consistently when all other crops fail.

Well that’s what people eat when there’s nothing else to eat, since eating grass pea will cause a disease that effectively paralyzes the lower limbs. The disease only occurs when the seeds are eaten for a prolonged time as a primary source of protein, but are healthy to eat for days, even weeks.

It’s heck of a lot of people who end up eating this grass pea when a famine occurs. The ratio with about 10 out of 1000 people who get the disease is fairly small.

Flour was made from grass peas (called almorta) and blended with wheat flour to eliminate the toxicity.

During Holodomor (The Ukrainian Famine)

To the fainthearted ones: don’t read the next paragraph. You’ll find 3 real survivor memories of one of the most devastating famines. I wanted to include this in the article so that people would understand better why and what we’re getting ready for. And why having a stockpile of food is an insurance you won’t end up in these situations.

Olexandra Rafalska – one of the survivors – noted:

“…I have no idea how I managed to survive and stay alive. In 1933 we tried to survive the best we could. We collected grass, goose-foot, burdocks, rotten potatoes and made pancakes, soups from putrid beans or nettles.

Collected clay from the trees and ate it, ate sparrows, pigeons, cats, dead and live dogs. When there was still cattle, it was eaten first, then – the domestic animals. Some were eating their own children, I would have never been able to eat my child. One of our neighbors came home when her husband, suffering from severe starvation ate their own baby-daughter. This woman went crazy. “

“I remember Holodomor very well, but have no wish to recall it. There were so many people dying then. They were lying out in the streets, in the fields, floating in the flux. My uncle lived in Derevka – he died of hunger and my aunt went crazy – she ate her own child. At the time one couldn’t hear the dogs barking – they were all eaten up.”

“Mother said, ‘Save yourself, run to town.’ I turned back twice; I could not bear to leave my mother, but she begged and cried, and I finally went for good.”

Preparing for a food shortage or drought requires at least one year of planning. Yet famines may last as long as 7 years and it might be better to have the ability to grow your own food rather than stockpiling it. One of the best ways of doing that is to build a system that is completely independent of the environment.

And this CAN be done.

How to Can Zucchini

10 Retro Prepping Tools I Got at Flea Markets