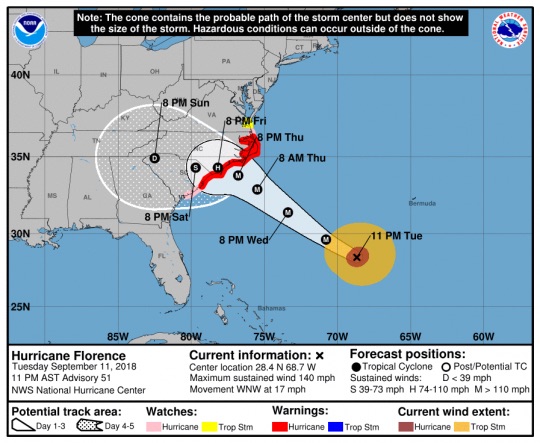 After close to fifty inches of rain dumped on the greater Houston area; these coastal towns and cities face a new set of problems – the aftermath. The damage caused by this hurricane is expected to cost in the tens of billions of dollars. While city and state officials believe the recovery will be quick; there is a lot of work ahead and more problems to face before it is all said and done. While some threats will be short-lived; there will be issues that will be long-standing; and the gravity of the situation is dangers don’t end once the storm has passed.

There are immediate threats that hurricane victims must be aware of and be prepared to encounter. Not mentioned is the economic ramifications this disaster will have on the fifth-largest economy in the United States. This could be another disaster in and of itself. But one thing is for sure; this disaster could be felt throughout the United States with the increase of gas prices or shortages. Only time will tell; but the following are the most immediate threats to be aware of.

1.Water contamination – This environmental threat is very typical following a hurricane; but because of the mass scale of the flood damage; it could be an even larger concern for those living in the greater Houston area. Typically; utility facilities that remove contaminants from drinking water are usually unusable if they’re inundated with floodwaters or the facilities that clean the water supply may not have the power needed to run their pumps or an ability to get fuel for their generators.

What it might be contaminated with ranges from unpleasant but relatively harmless gastrointestinal hazards; such as norovirus; to rarer; more serious bacteria — including Vibrio; a potentially deadly micro-organism naturally found along the Gulf Coast. Vibrio can make you sick both by ingesting it and also through wound infections that come in contact with flood water. Your best bet at this point is to ensure your water is properly filtered and stay out of the flood water.

2. Infectious Disease – Floodwaters may also contain a number of pathogens that can cause illness. According to an article at CBSNews; “Flood waters harbor bacteria; different viruses; and fungi; all of which can make people sick;” Dr. Robert Glatter; an emergency physician at Lenox Hill Hospital in New York City; told CBS News.

One of the biggest concerns with flood water is the possibility of cholera; a highly contagious bacterial disease-causing severe diarrhea. Cholera can spread when water is contaminated with infected feces and then others ingest it; either by drinking the water or consuming food that has come in contact with the water. While cholera is far more common in third-world countries; Glatter says the possibility of it occurring in Texas “wouldn’t be impossible.” “These types of bacteria can live in mixtures of murky water;” he said. “It’s possible to have this type of infection; especially if the water supply becomes contaminated.” Other infectious diseases that can be passed through flood water include hepatitis A; typhoid fever; and Leptospirosis; a bacterial infection that can cause muscle aches; vomiting; abdominal pain; and diarrhea.

As well; due to the excessive flooding in many homes; mold could also pose a serious health problem and can exacerbate asthma; allergies; or other respiratory diseases like COPD. Mold can appear in as little as 24 to 48 hours after flood waters recede. Experts suggest not to touch it. Wear rubber gloves; wear a mask when handling it and if you are in a dwelling where there is mold; you should leave.

As well as a few others that mainly affect animals:

So it’s important for homeowners in this region to take certain measures to prevent the proliferation of mosquitoes. This requires keeping an eye out for things on your property that might contain even the smallest puddles of water. As well; experts are recommending that homeowners drain pools and if you see mosquitoes in larger areas of standing water to alert authorities.

Make sure you clear any trash or debris in your yards such as tires or cans and don’t leave any water out in flower pots or water bowls. It’s also a good idea to secure any leaky pipes you might have outside of your home; and clear out any leaves in your gutters. In some cases; you may need to fill or drain spots that tend to collect water on your property.  As an added defense; build traps that will cull the local mosquito population.

4. Mental Health – Depression; PTSD; and mood disorders are very common following a disaster and it is essential to assess yourself and your loved ones realistically and objectively and call a medical professional if you see signs. As well; children will be adversely affected by the traumatic events they have gone through. For the most part; children are not going to be able to process and adapt to the major changes as quickly as adults will. Experts say that in a situation where children are faced with too many changes in a given period; their sense of normalcy and security is disrupted; thus causing unwanted fear; anxiety and psychological distress. A child can also show signs of post traumatic stress disorder (PTSD). Read more on helping children adjust to a major disaster.

5. Looting – While looting has been at a minimum at this point; nevertheless; it is still a threat. When people begin running out of their provisions and grocery stores unable to restock store shelves; more and more will go looking for them and this includes breaking into homes and businesses. A common saying in the preparedness world is “if you can’t defend it; you don’t own it.” There will be people looking at taking things and the best way you can prevent them from taking your provisions and belongings is to stay vigilant of what is happening in your neighborhoods and defend yourself if necessary. As well; do what you can to fortify your home from looters using these steps. One report stated that the volunteer organization Cajun Navy claims that looters fired on their boats as they attempted to rescue people. On a personal note; my sister; who is a victim of the hurricane; has said that looters had made their way into her neighborhood looking to pilfer through people’s homes that had been evacuated. It is a threat and one that people should prepare for; especially when the water begins to recede.

While the hurricane itself is one of epic proportions; the aftermath could be just as bad and just as destructive. Knowing what to expect will help an already battered community prepare for the next set of challenges they face.

Get These Books for Your Preparedness Library

The Hidden Secret of Shepherd’s Purse

The Domino Effect of Disasters And How to Prep for It

How to Create a Successful Homestead Business