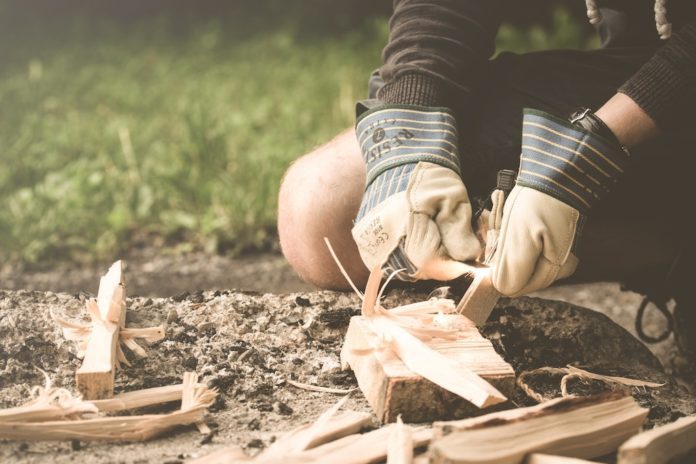 There are many fire tinder products out there. I am sure some of them are awesome and there are some that fall short. I honestly can’t say which ones are good or bad because I have never purchased one. Not because I didn’t want to give them a try, but because I figured I could make my own. I am sure most of us are familiar with the cotton balls saturated with petroleum jelly. These work, but are messy to store. I also thought to myself what if I don’t have a spark? What if I only have the sun to make a fire? So I set out to design my own premade tinder.

I wanted my own premade tinder, which I call a Tinder Tube, to be waterproof, burn for a while, not messy, flexible, and inexpensive to make. The cost was a bit of a driving factor because if each tinder tube costs 5 dollars to make you are not going to want to make them or burn them. So as with most of my projects, I started looking around the house and seeing what was being thrown away. Dryer lint came to mind. Most of us clean off that lint trap and throw it away. That’s a mistake. Its free fire starter. Some old used up candles were about to be tossed and I snagged those. Wax is a great fire extender and candles are very cheap.

I didn’t want a solid block of wax with lint in it so I knew I needed a flammable yet waterproof container. Why not make one? Paper towels are inexpensive and one sheet could make many tinder tubes. A wax saturated paper towel could be formed into a container. This container could be any size I like within the confines of the paper towel sheet and once the wax solidifies I can then put whatever tinder I want inside and seal it up. The wax isn’t messy and being able to put my choice of tinder in the tube I have some flexibility.

Since this Pioneer Prep first aired I have had people send me pictures of their tinder tubes with their preferred tinder. Some have even sealed in a strike anywhere match. It might not be the greatest thing since sliced bread, but it is a very nice prep one can do to have a little bit of insurance to get a fire started when the weather isn’t cooperating.

How to Make Hardtack Biscuits With Over 100 Year Shelf Life

How To Build an Earthen Oven