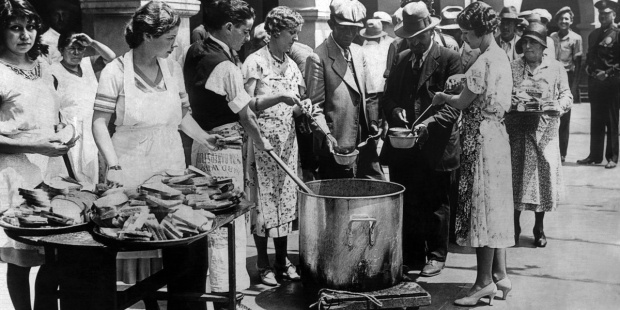 The Great Depression was a time of scarcity-induced innovation: families had to do without many household staples and used their resourcefulness to come up with alternatives made from goods that were more readily available. From dying their legs with tea in lieu of stockings to mending shoes with cardboard, the families of the Great Depression used what they had to make up for shortages of practically every food and good.

Nowhere was Great Depression ingenuity—and desperation–more apparent than in the average American kitchen. Spurred on by First Lady Eleanor Roosevelt, who encouraged families to save money and resources by practicing savvier home economics, the Great Depression produced some truly disgusting food combinations. Not all the dishes that came from this time were short-lived, however, mega food companies like Kraft used the new normal as a platform to make their products, like mac ‘n cheese, a household staple for generations to come.

Although most of the dishes on this list aren’t for the faint of heart—or the weak of stomach—these dishes represent the true American spirit of resiliency and, for better or worse, creativity. 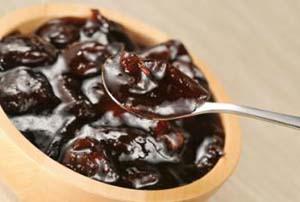 This simple dessert was made famous when Eleanor Roosevelt persuaded her husband, President Franklin Delano Roosevelt, to serve the dish to guests who were invited to the White House. Prunes were easy to store, widely available, and much less expensive than other fruits while providing needed nutrients to the Depression-era diet: the fruit is packed with fiber and supplies almost one-third of your daily needs for Vitamin K. 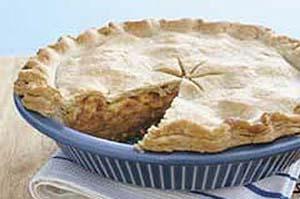 Apples weren’t readily available in the Great Depression, yet Americans weren’t willing to give up their cherished apple pie. Enter “mock apple pie” which substituted apples for crumbled crackers sprinkled with flavored syrup and cinnamon, all baked into a crust. The most famous of these recipes appeared on the back of the Ritz cracker box in 1934: “Ritz mock apple pie” was an instant hit.

Casseroles were wildly popular in the Great Depression: by combining all sorts of leftovers into one dish, families could increase the variety of their menu without needing to incorporate hard-to-find items. At the time meat was, for most, an unaffordable luxury so in this spaghetti casserole, boiled carrots were substituted for pricier meatballs and the whole concoction was then covered in white sauce. 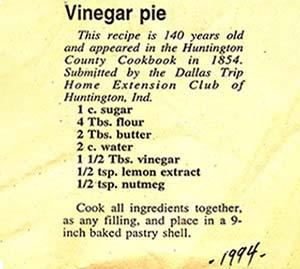 This dessert substituted a large amount of vinegar for more expensive fruit, in addition to water, a small amount of sugar, vanilla, and butter as the filling. 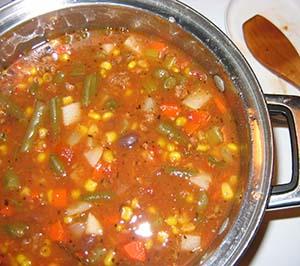 “Mulligan stew” is a term used for stews created by the homeless during the Depression. As the recipe varied depending on what food was on hand, the “stew” can be thought of as throwing anything and everything you had in the pot to fill your belly. Some down-on-their-luck folk went so far as adding lint to the pot to make it more filling.

When the food shortages began, meatloaf was already a diet staple. Another example of a food that had to be tweaked to accommodate the scarcity of the new normal, meatloaf became “anything” loaf… from meatless meatloaf made with everything from peanuts to raisins to liver loaf, families used their creativity and whatever was available to make this alternative to the weekly favorite. 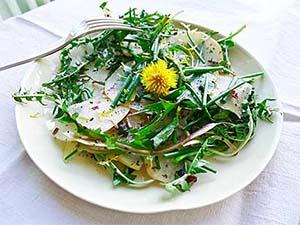 A dish that is a favorite of preppers and wilderness experts alike, dandelion salad is nutritious and can be made with simple greens foraged from any neighborhood. With salt, pepper, and vinegar to taste (when available), dandelion salad was both tasty and a way to add vital nutrients to the dinner menu without spending a cent.

Kraft Foods introduced its iconic macaroni and cheese in 1937, selling 8 million boxes on its first year of production. The simple to make pasta dish provided 4 servings of food for $0.19 each, making it a cheap and easy way to fill empty bellies.

Gelatin surged in popularity during the Great Depression, with Jell-O leading the pack as the most popular. Gelatin (and Jell-O in particular) was marketed as a way to treat yourself to something “fancy” and often gave its relatively simple recipes exotic names. Much more affordable than pies, a handful of peanuts or a cherished piece of fruit could be turned into a gelatinous masterpiece worthy of the holidays with little expense. 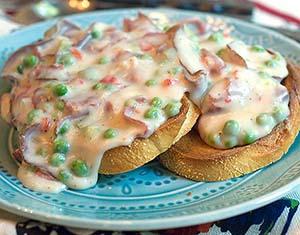 One of the most famous foods on the list, creamed chipped beef is affectionately known by many World War II veterans as “s**t on a shingle.” The chipped beef was covered in gravy and served on a piece of toast. When chipped beef was not available, other meats were substituted. 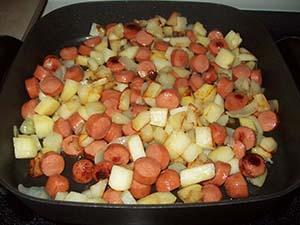 Both potatoes and hot dogs were inexpensive and easy to find; both make an appearance in this Great Depression meal. By frying up potato slices and adding a few hot dog pieces, families could get a filling meal without using scarce and expensive ingredients. 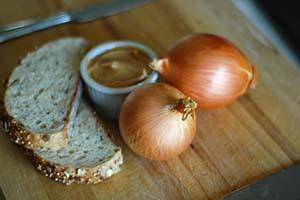 Created by the Bureau of Home Economics, this dish was well-known only for its bizarre taste. Baked onions were “improved” with scoops of peanut butter as filling, resulting in a disgusting and much disliked period food. 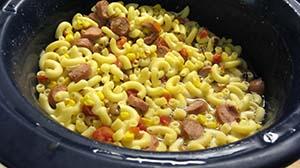 Like many other stews of that time, this recipe changed depending on what ingredients were on hand. Hoover stews (named after President Hoover) were mostly given out in soup kitchens and consisted of very thin broth with hot dogs, pasta, and any vegetables available. 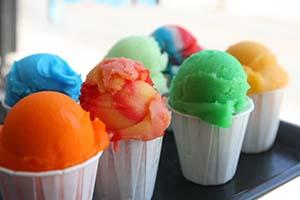 Italian ice was popular during the time because of its similarity to ice cream, without the addition of costly ingredients like cream and rock salt. This frozen treat was inexpensive and helped stave off the heat during the long summer days.

Because of the wide availability and low cost of potatoes, Depression-era cooks used potatoes as substitutes in other dishes. Potato pancakes, made with grated potatoes cooked or fried in a pan, was a common dish at every meal. 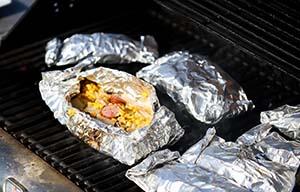 Hobo dinners, named after the homeless who lived in shantytowns near the railroad tracks, were a favorite because they could be cooked over an open fire. A square of tin foil was filled with meat, potato, onions, and other ingredients and thrown on top of the fire to cook for approximately half an hour.

Last on our list is the Great Depression casserole, which features bologna as the prized ingredient. With other budget-friendly ingredients like pork and beans and onions, this casserole was filling and could be altered to fit any budget.

3 Best Pre-Built Shelters for a Disaster